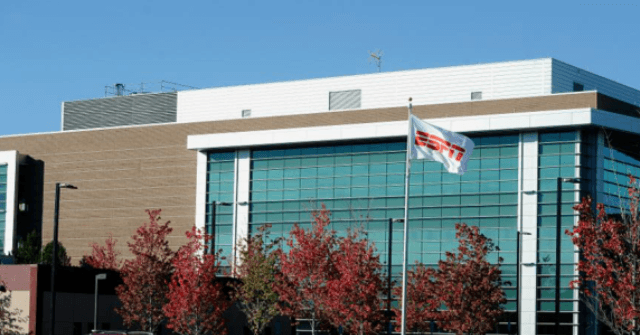 ESPN President Jimmy Pitaro has announced that 300 positions within the company will be eliminated 200 will not be filled, as the network looks to cut costs in the face of continuous subscriber losses and the effects of the coronavirus.

Pitaro revealed the news in a memo to ESPN employees Thursday morning:

“Prior to the pandemic, we had been deeply engaged in strategizing how best to position ESPN for future success amidst tremendous disruption in how fans consume sports.” Pitaro wrote. “The pandemic’s significant impact on our business clearly accelerated those forward-looking discussions.  In the short term, we enacted various steps like executive and talent salary reductions, furloughs and budget cuts, and we implemented innovative operations and production approaches, all in an effort to weather the COVID storm.

Pitaro continued, “We have, however, reached an inflection point. The speed at which change is occurring requires great urgency, and we must now deliver on serving sports fans in a myriad of new ways.  Placing resources in support of our direct-to-consumer business strategy, digital, and, of course, continued innovative television experiences, is more critical than ever.”

ESPN is not alone in losing customers. In general, cable is experiencing steep declines in customers as Americans cancel their cable and opt for streaming services.

In July, for instance, Verizon reported a loss of 81,000 pay-TV subscribers for its FiOS service which is on top of a 25 percent decline in revenue for its media unit.

Only months before that, AT&T noted that it had lost 1.4 million in the third quarter of 2019.

It’s unknown how many of the eliminated positions will be at ESPN headquarters in Bristol, Connecticut, and how many will be from their national and international workforce. At the moment, ESPN has 4,000 employees at Bristol and roughly 2,500 nationally and internationally.

The Best Time to Organize Was Yesterday

Steven Crowder Revealed Voter Fraud This Past Week on His Show...