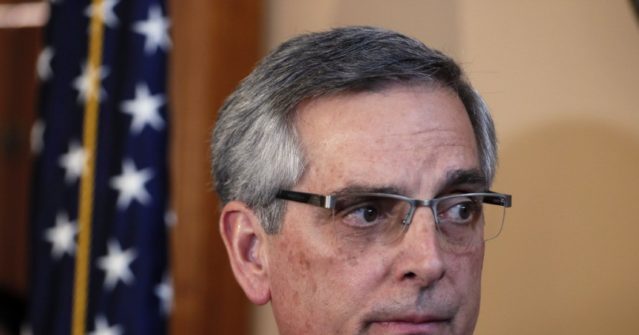 Georgia Secretary of State Brad Raffensperger (R) said in an update Wednesday morning that his team asked counties to get their election results counted by the end of the day and assured Americans that “every legal vote” will be counted.

During Wednesday morning’s presser, Raffensperger thanked voters and election officials while signaling hope that Georgia will be able to provide greater information later in the day.

“The team has sent reminders to counties to get all, I report all, of our results counted today,” he said. “Every legal vote will count”:

According to Raffensperger, there are roughly 200,000 ballots yet to be counted, including absentee and early votes:

Raffensperger continued to emphasize that “every legal vote will be counted” in the state.

“Were saying that every legal vote will be counted in Georgia because that’s our process, and we follow state law,” he told reporters.

Raffensperger expressed hope that the bulk of counties will be able to provide their vote tallies in a timely manner, adding, “if we don’t get it there but the number is so small that then there’s no question of who actually the winner is, I think that will be helpful.”

[It] will really remove a lot of those questions that people might have,” he said.