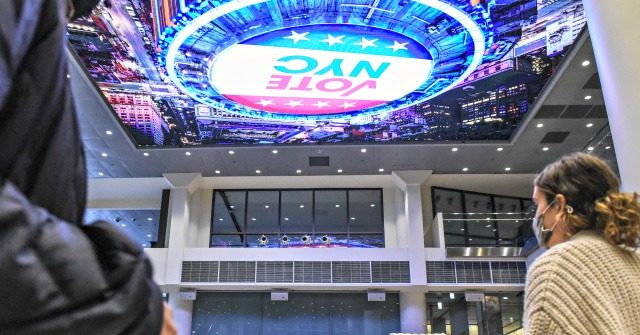 Two national exit polls showed that voters ranked racial equality and policing issues far below their concerns about the faltering economy and the coronavirus disease.

“Compared with the pandemic and the economy, relatively few voters — about 1 in 10 — deemed racism or law enforcement the country’s top issue,” said an Associated Press report about the exit poll it ran with a broad group of other media outlets. “Even fewer, 4%, called law enforcement most important,” AP added.

A second exit poll said, “racial equality was the top issue for roughly 21 percent of voters,” according to CNN:

About one-third called the economy their most critical issue, while roughly 1 in 5 citing racial inequality and about 1 in 6 named the coronavirus pandemic as most important to their vote. Roughly 1 in 10 each cited health care policy and crime and violence as their top issue.

The cause for the different responses to the CNN and AP poll questions is unclear.

CNN Exit Polls are a combination of in-person interviews with Election Day voters and telephone polls measuring the views of absentee by-mail and early voters, and were conducted by Edison Research on behalf of the National Election Pool. In-person interviews on Election Day were conducted at a random sample of 115 polling locations nationwide among 7,774 Election Day voters. The results also include 4,919 interviews with early and absentee voters conducted by phone. Results for the full sample have a margin of error of plus or minus 2 percentage points; it is larger for subgroups.

AP described how it did its exit poll:

AP VoteCast is a survey of the American electorate conducted by NORC at the University of Chicago for Fox News, NPR, PBS NewsHour, Univision News, USA Today Network, The Wall Street Journal and The Associated Press. The survey of 106,240 voters was conducted for eight days, concluding as polls closed. Interviews were conducted in English and Spanish. The survey combines a random sample of registered voters drawn from state voter files; self-identified registered voters conducted using NORC’s probability-based AmeriSpeak panel, which is designed to be representative of the U.S. population; and self-identified registered voters selected from nonprobability online panels. The margin of sampling error for voters is estimated to be plus or minus 0.4 percentage points. Find more details about AP VoteCast’s methodology at https://ap.org/votecast.