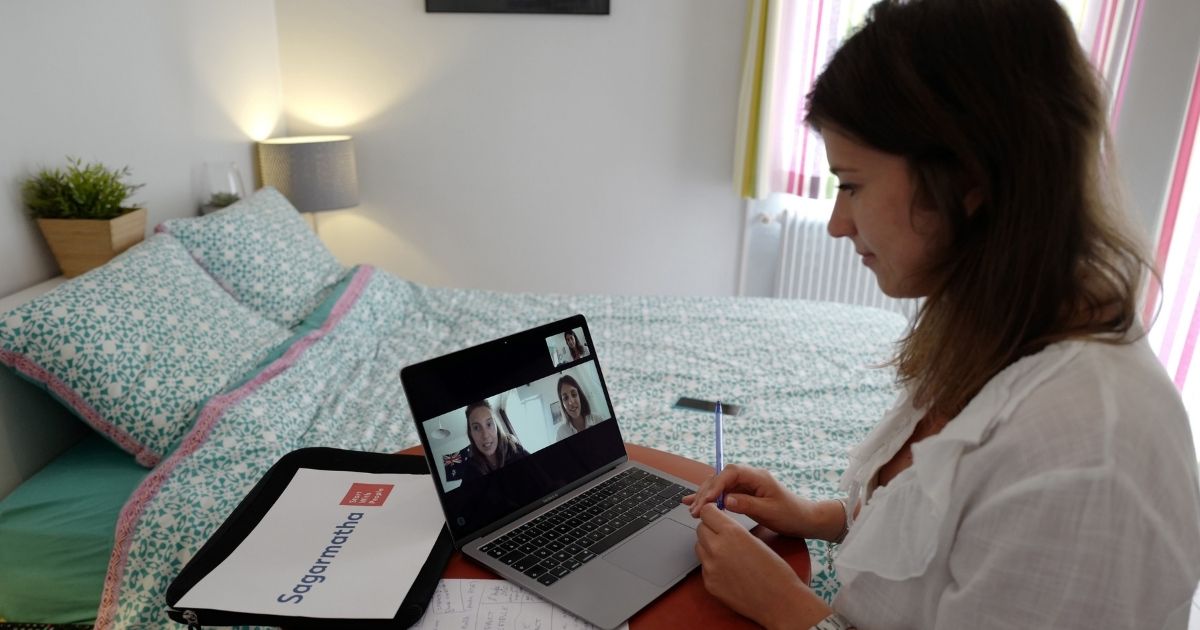 Should people be punished for working from home?

In the age of coronavirus lockdowns and overly restrictive policies of left-wing politicians hoping to fight the disease, it would seem the answer to that question is an obvious no.

However, according to one investment banking company, anyone who works at home should be penalized with a “privilege” tax.

In a report unveiled by Frankfurt, Germany-based Deutsche Bank on Tuesday, the company proposed an additional 5 percent tax on the salaries of people working from home, with the idea being the tax money would be used to help people unable to work from home.

“Working from home will be part of the ‘new normal’ well after the pandemic has passed. We argue that remote workers should pay a tax for the privilege,” the report says. “Our calculations suggest the amounts raised could fund material income subsidies for low-income earners who are unable to work remotely and thus assume more ‘old economy’ and health risks.”

“The sudden shift to WFH means that, for the first time in history, a big chunk of people have disconnected themselves from the face-to-face world yet are still leading a full economic life. That means remote workers are contributing less to the infrastructure of the economy whilst still receiving its benefits.”

This proposition is shocking, and the findings are built on some mountainous assumptions, such as the idea that “remote workers are contributing less” than non-remote workers.

The report also does its best to respond to critics of the tax. However, it is remarkably unsuccessful in providing a solid defense for such a radical proposal.

“Some will argue against the tax. They will say that engagement with the economy is a personal choice and they should not be penalised for making that decision,” the report says.

Should people who work from home pay more in taxes?

Yeah, that’s right: People shouldn’t be penalized for making personal decisions such as this.

Unfortunately, leftists such as those at Deutsche Bank will continue to find arbitrary reasons to utilize government force to take their fellow citizens’ money to use in various big-government redistributive policies that likely would come with externalities causing more harm than the original problem.

“Yet, these people should remember that governments have always backsolved taxes to suit the social environment,” the report posits. “Consider that in centuries past, when it was socially unpalatable in the UK to introduce an income tax, the government implemented a window tax. As society changed, the window tax was abolished and, eventually, an income tax was introduced.”

“In the same way, as our current society moves towards a state of ‘human disconnection’, our tax system must move with it.”

Take the welfare state, for example.

Meant as the solution to poverty, the welfare state has proved to be anything but.

Instead, welfare creates a disincentive for the poor to work, keeping many impoverished individuals and families from climbing the economic ladder. Rather than seeking work, which would allow such individuals to gain additional skills valuable within the free market, these people become dependent on the government.

Nevertheless, whether you agree with these social policies or not, Deutsche Bank thinks you should be forced to pay extra taxes if you work remotely.

The people who wrote this report seem to be motivated by nothing short of envy.

They feel as if they have a right to take people’s hard-earned money as long as it’s for a cause they believe in.

Nobody has the right to place an extra tax layer on your money, regardless of whether you were at the office or at home when you earned it.