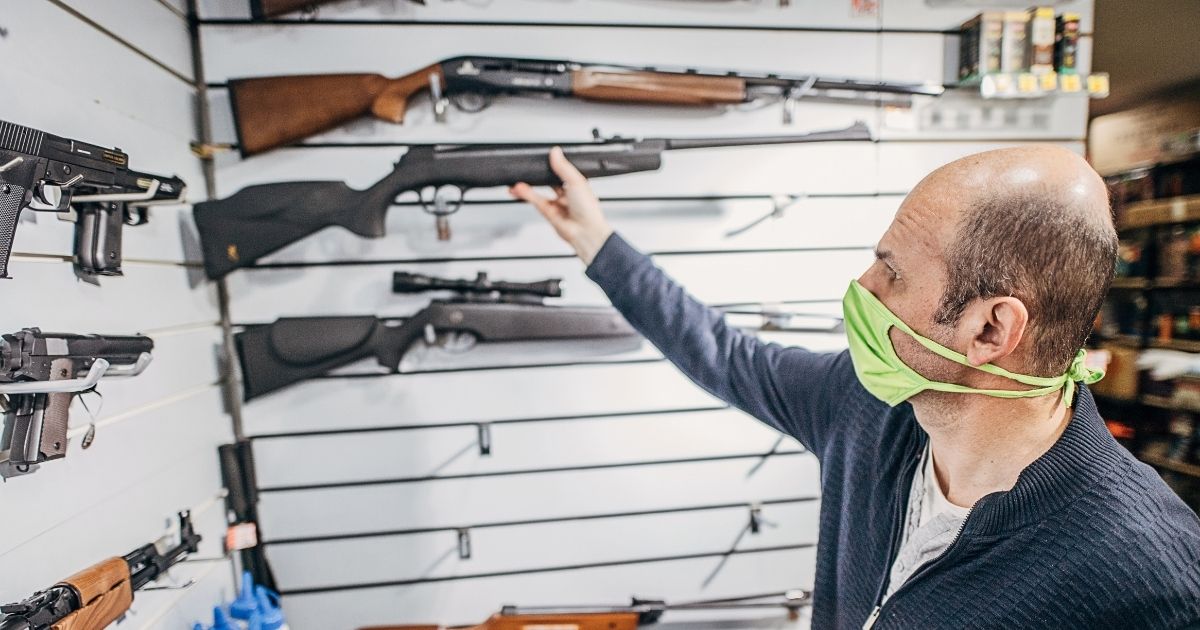 FBI data showed that a record number of Americans went to gun stores over Thanksgiving weekend with the intent to purchase a firearm.

This year’s Black Friday marked the fourth most gun-related background checks in a single day since 1998, according to National Instant Criminal Background Check System data published by the FBI.

Five of the top 10 busiest single days in the history of the NICS have occurred in 2020, with the top day on March 20, right as the country was shutting down in response to the coronavirus pandemic.

November was already on track to break records on Black Friday, with the week of Nov. 9-15 taking the eighth spot in the top 10 highest weeks for firearm background checks since 1998.

According to The Washington Free Beacon, about 1.8 million background checks were processed during the first two weeks of the month following the 2020 Election as presumptive President-elect Joe Biden appeared to come out on top.

“I think that people are looking at the Biden gun-control plan, at what he said he wants to do,” spokesman Mark Oliva said.

“People are concerned and they’re buying firearms and want to buy while they can still buy them.”

Do you think the election is playing a big part in gun sales?

Biden plans to end online firearm and ammunition sales and ban so-called “assault weapons” and high-capacity magazines, among other motions, according to his website.

Gun rights advocates are watching the Georgia Senate runoffs, which will determine which party has control of the Senate for the next two years, and hope to stop Biden’s gun control policies with a Republican majority.

Rex McClanahan, president of BudsGunShop.com, told The Washington Free Beacon that his company saw better sales this year than in the past.

“We did see a surge on Black Friday,” he said. “I do believe the election is playing some part in the current surge.”

Oliva said that just looking at Black Friday’s numbers may underestimate the number of guns sold over the holiday weekend because the industry made a concentrated effort to spread sales out in order to keep from overwhelming the NCIS.

He told The Washington Free Beacon that single-day sales were up more than 4 percent because of a 65 percent Cyber Monday increase.

The FBI said that background-check numbers are not one-to-one representations for gun sales, but are widely considered a reliable analog.

Oliva said that hunting and Christmas seasons, along with the political motivators, likely contributed to the number of gun sales.

“All these things are converging together to give us unprecedented numbers,” he said.