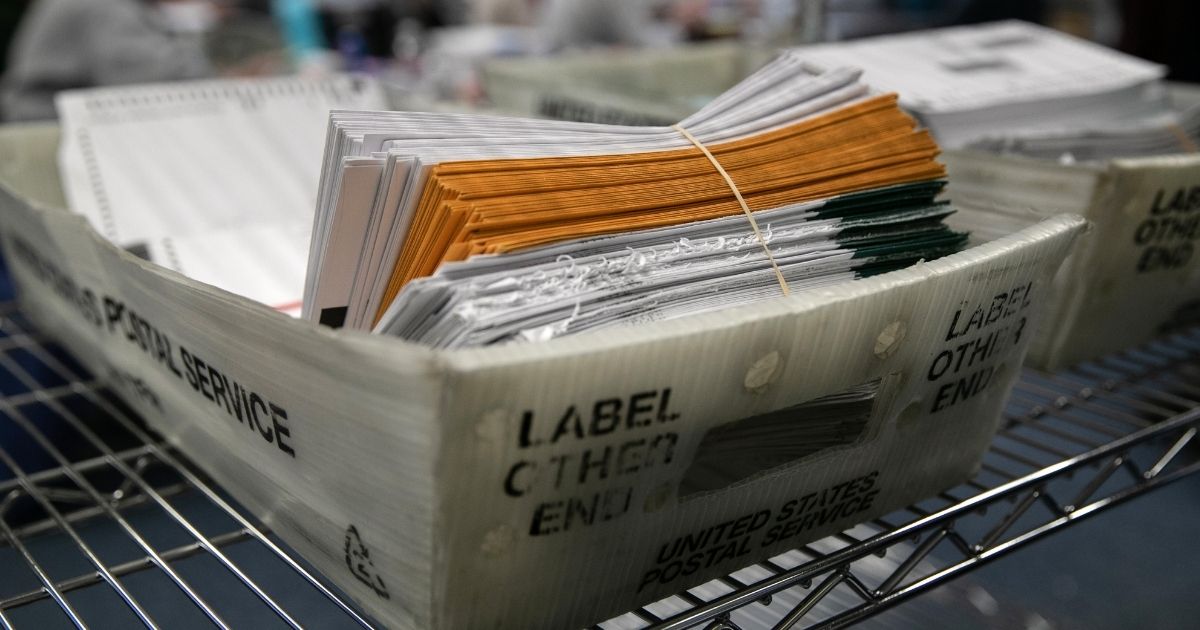 As the chaos of the 2020 election drags well beyond Election Day itself, voter fraud is quickly becoming the biggest issue in the few remaining contested states.

Now, after a bombshell investigative video out of Michigan may have exposed alleged organized voter fraud, it appears the cavalry has finally arrived.

According to Michigan’s 9&10 News, federal investigators arrived in the state on Thursday.

Sent by the United States Postal Service to a Traverse City post office, the inspectors will be looking into alleged voter fraud exposed by a Project Veritas video.

The bombshell video shows Project Veritas’ James O’Keefe talking with a USPS whistleblower in Michigan who claims to have witnessed organized voter fraud.

According to the whistleblower, a supervisor advised mail carriers to fraudulently backdate and postmark ballots to Nov. 3 to fool election officials into counting them.

Watch the insider explaining the alleged scheme to O’Keefe below.

What is happening in Michigan is beyond corrupt.

A whistleblower within the @USPS says he was ORDERED by his supervisor to ILLEGALLY BACK-DATE newly found ballots to November 3rd, 2020.

Word soon reached the Office of the Inspector General, who confirmed to Project Veritas that the allegation was being investigated.

The Office of the Inspector General @USPS contacted us last night and said they have seen the bombshell whistleblower video and are looking into it. #MailFraud https://t.co/meNH2C1POO

According to 9&10 News, the state of Michigan required ballots to be received no later than 8 p.m. on Nov. 3, and ballots received later, regardless of the postmark, will not be counted.

Even so, this investigation is good news for every American who wants free, open and fair elections.

RELATED: Ocasio-Cortez Snaps at Dem Ex-Senator Who Dared Speak the Truth About the Party’s Big Problem

Do you think there is voter fraud occurring in the 2020 election?

The alleged scheme to fraudulently backdate ballots is only one of the issues to come out of the crucial Michigan election. Earlier this week, it was discovered that an issue with election programs tallied only two votes for a Republican candidate, despite many more supporters in the area.

It’s thought that 33 other counties in the state could be affected by the same issue.

Regardless of what these federal investigators discover, it’s clear that Michigan’s elections were far from perfect.