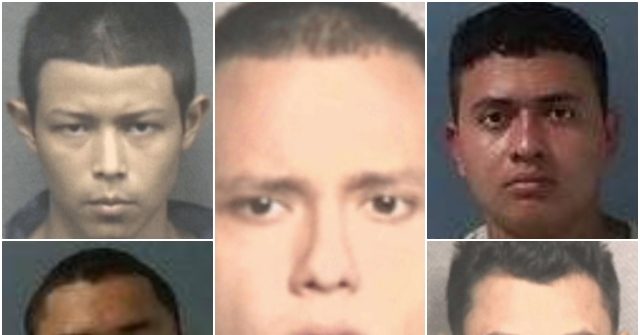 Five illegal alien MS-13 gang members have been charged by federal prosecutors with murdering an informant in 2018 in Texas.

All of the murder suspects are illegal aliens from El Salvador, the country where many MS-13 leaders reside, and had been living in Houston, Texas.

Also charged is El Salvador national 23-year-old Franklin Trejo-Chavarria who is currently serving a sentence in his native country for charges related to his involvement with the MS-13 gang.

In 2018, Breitbart News’ Bob Price reported that Castro-Martinez, an informant for the Houston Police Department, was hacked to death with machete-style weapons by a number of MS-13 gang members. At the time of his murder, Castro-Martinez was wearing a recording device.

Huge Number of National Guardsmen Get COVID from Biden Inauguration

Huge Number of National Guardsmen Get COVID from Biden Inauguration