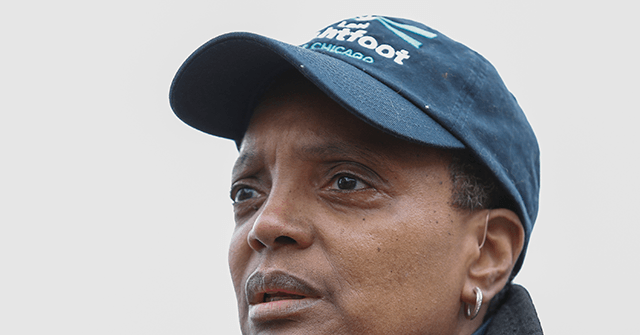 Five people, including a teenage boy, were shot in Mayor Lori Lightfoot’s (D) Chicago on Thanksgiving Day, according to police.

One of the victims is a 16-year-old boy, who suffered a gunshot wound in the left shoulder. A male who was “handling a handgun” inside an apartment shot him, FOX 32 reported. The boy is in “serious condition”:

At least 5 people were shot, including a 16-year-old boy, Thanksgiving day in Chicago

Other victims include a 28-year-old man, who heard gunshots and “felt pain” while walking on the sidewalk in Back of the Yards.

“He suffered a gunshot wound to the right leg and was transported to the University of Chicago Medical Center in good condition,” police said, according to FOX 32.

Similarly, a 19-year-old woman was taken to the hospital after a suspect shot her in the legs as she walked on the sidewalk “in the 7900 block of South Bishop Street,” according to reports. Both victims are reportedly in stable condition.

About 2:50 p.m., the 28-year-old was inside of a vehicle in the 3500 block of West 58th Street when someone unleashed gunfire, police said. He was grazed in the head by a bullet and taken to Christ Medical Center in Oak Lawn in good condition, police said.

About 3:40 a.m., the 32-year-old was walking in the 1400 block of South Avers Avenue when someone approached him and fired shots, police said. He was bought to Mt. Sinai Hospital in serious condition with a gunshot wound to his back, police said.

Earlier this month, Lightfoot issued a stay-at-home advisory and urged Chicagoans to cancel their traditional Thanksgiving plans, mere days after celebrating in the streets following the media declaring Joe Biden the winner of the presidential election: