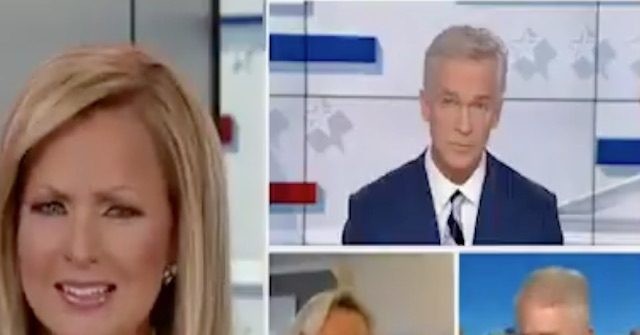 The clip shared on Twitter by Timothy Burke appears to be from a raw feed of a special Saturday airing of “America’s Newsroom,” due to the election.

DC-based lawyer Cleta Mitchell said, “Remember, just because CNN or even Fox News says who’s president doesn’t make them president. So I think everybody wants to know this was done properly and legally and that we can trust the results. And I think we have to look at every one of these concerns.”

Smith furrows her eyebrows and grimaces as she says, “What? What is happening? Like, Trace, we’ve called it.”

Co-host Trace Gallagher who was conducting the interview ignored Smith and said, “Yeah, I think Cleta makes a very good point there.”