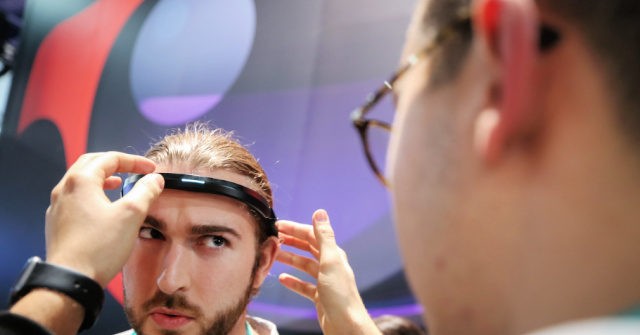 In a recent Salon interview, former FBI Assistant Director Frank Figliuzzi calls for a large-scale “de-radicalization approach” to “Trump’s political cult members” who have been radicalized “for the last four years,” while stating the need to “deprogram” those who believe that Joe Biden did not win the recent presidential election.

The interview, published on Monday, begins with Salon politics staff writer Chauncey DeVega declaring that “today’s Republican Party is a political crime syndicate, and Trump is its leader” before asking how to “de-radicalize” Trump supporters.

“What, if anything, can be done to de-radicalize Trump’s political cult members and others being recruited into right-wing extremism and terrorism?” he asks.

In response, Figliuzzi, a former FBI special agent who rose to the rank of assistant director when he led the bureau’s counterintelligence division, compares the radicalization of American citizens to international terrorism.

“What we also saw with the events at the Capitol on Jan. 6 was a function of radicalization, which is true of international terrorism as well,” he says.

Figliuzzi then proposes that not enough is done to combat homegrown radicalization because of the appearance of those radicalized.

“We have been watching a radicalization process for the last four years under the Trump administration,” he states. “But we are not doing enough about it because, in part, there is a lack of will or an incapacity to see people that ‘look like us’ as an equal or greater threat than people who do not look like us.”

Despite the comparisons, Figliuzzi chooses to be “silent” regarding designating homegrown “terror groups.”

“I’m being silent right now on things like designating groups and organizations as being domestic terror groups, like what is done in regard to al-Qaida and Boko Haram and ISIS,” he says.

Figliuzzi then addresses how law enforcement approaches the issue of foreign enemies as compared to domestic terrorism.

“There are eerie similarities to the radicalization process that we saw happen internationally,” he says.

Figliuzzi then describes the speed with which youth can be inspired to join violent terror groups today. He says:

The speed with which a young person can go from a sense of wanting to belong to something other than themselves, that sense of disenfranchisement, and then wanting to find spiritual and religious meaning and being recruited online, watching violent beheading videos and listening to violent inspiring sermons from a cleric and then moving to violent action. The speed with which that happens online now within the world of violent Islam is astounding.

“It is very similar on the domestic side here in the United States with social media,” he says. “Online activity has played an enormous role and has almost everybody behind the curve.”

Figliuzzi then states that “using social media to call for breaching the Capitol and overwhelming the police is not free speech,” but “violence.”

“We saw the same thing happen in international terrorism,” he adds. “A violent beheading video is not free speech.”

Noting the Proud Boys, Figliuzzi reiterates what he deems a breach of free speech.

“If the Proud Boys are putting messages out about overwhelming the police, killing the police, invading a state house, putting a bullet in a congresswoman’s head, that is not free speech,” he says.

He then claims that the country must clear the “hurdle” of passing a domestic terror law, as it did with international terrorism.

“We as a country have got to get over that hurdle,” he says. “We did it pretty quickly on the international terrorism side. We’ve got to do it, carefully, domestically too.”

Calling for a “de-radicalization approach,” Figliuzzi states the need to “deprogram” those who believe that Joe Biden did not win the recent presidential election.

“We also need a more holistic, societal response that involves all hands on deck in terms of companies, government and law enforcement, everybody pulling together for a de-radicalization approach,” he says. “That must happen.”

“You’ve got to deprogram some people who believe Joe Biden didn’t win the election,” he adds.

The notion of “deradicalizing” and “deprogramming” Trump supporters has been fiercely promoted by those on the left in recent days following the November presidential elections and the storming of the U.S. Capitol last month.

Earlier this month, the New York Times published an essay detailing a range of recommendations for the Biden administration to adopt to fix the “reality crisis” and “de-radicalize” citizens, including setting up a “reality czar” and  “truth commission.”

In a recent video promoted by the left, citizens are called upon to become cyber detectives to monitor and report fellow citizen Trump-supporters to authorities.

The threat addressed is described as emanating from “radical” conservatives who live among us.

Also last month, Hassan appeared on CNN stating that “all of America needs deprogramming” due to the negative influence of President Trump.