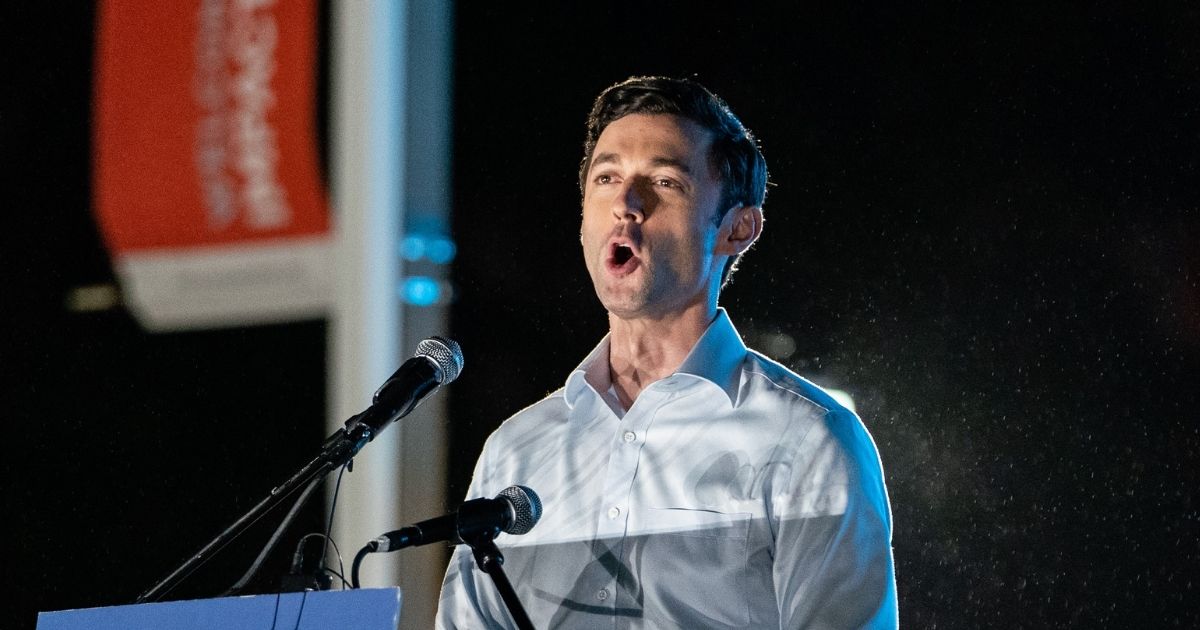 Georgia Democratic Senate candidate Jon Ossoff suggested that there will be gridlock in Washington if he does not become a senator.

“If we don’t win these Senate races, it’ll be gridlock in Washington for at least four years,” Ossoff said in an interview posted on Twitter by The Hill on Tuesday.

Jon Ossoff: “If we don’t win these Senate races — it’ll be gridlock in Washington for at least 4 years.” pic.twitter.com/ztOdBzMhNL

What’s comical about Ossoff’s comment is that gridlock is what many conservatives and moderates want, especially in Georgia, where many may be concerned about a progressive agenda under a Biden administration.

Some moderates may have voted for presumptive president-elect Joe Biden out of dislike for Trump, but strongly disagree with his policy positions.

A Biden presidency without significant legislation getting passed would be considered an ideal situation for those who do not want to be bothered by the government, whether it is in news headlines or in their own lives.

Ossoff is in a competitive runoff election against incumbent Republican Sen. David Perdue.

Perdue did not hit the 50 percent threshold needed to win the seat, triggering an automatic runoff on Jan. 5.

This is not the only Senate runoff in Georgia, with another contest between Republican Sen. Kelly Loeffler and Democratic challenger Raphael Warnock set for the same day.

These two races will determine which party has the Senate majority for the next two years.

Republicans currently have an advantage with 50 seats, so they only need to win one of the Georgia runoffs to assure a majority.

RELATED: Mentor of GA Dem Who Could Flip Senate: ‘Everything White' Has To Be Destroyed

Democrats are set to have 46 seats, along with two progressive independents who caucus with the party (Maine Sen. Angus King and Vermont Sen. Bernie Sanders).

If Democrats managed to win both races, presumptive vice president-elect Kamala Harris would be the tie-breaking vote.

Instead of focusing on the ongoing legal battles pertaining to the presidential election, Republicans should be redirecting their time and resources toward these runoff races.

Even though the GOP made major gains in the House of Representatives, Democrats still hold a narrow majority. Electing Ossoff and Warnock to the Senate would allow progressive legislative proposals to become law, instead of dying on the Senate floor.

Although gridlock has a bad reputation, a divided government would force both parties to compromise on legislation, which might not be the worst thing for our heavily polarized country.