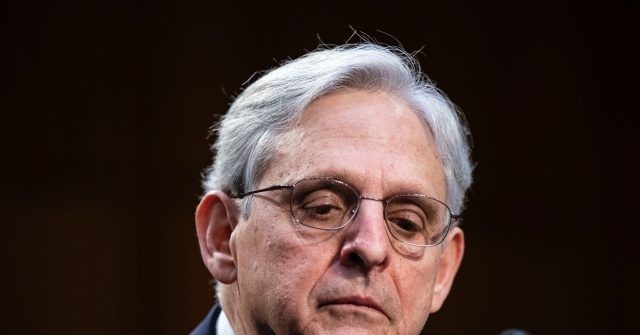 Last month, during a Senate confirmation hearing, Garland was asked by Sen. Josh Hawley (R-MO) if he supported criminally prosecuting illegal entry to the United States and if prosecutions of illegal aliens would continue under his watch.

Garland responded by saying he had not “thought about that question” and “I just don’t know” in reference to whether the DOJ would keep prosecuting illegal aliens.

In written responses to Sen. Tom Cotton (R-AR), Garland has yet to say if he would back decriminalizing illegal immigration, as many Democrats have previously suggested, by making it only a civil penalty rather than a criminal penalty.

“As I said at the hearing, I haven’t thought about that question,” Garland wrote in response to Cotton’s question. “The President has made clear that we are a country of borders with a concern about national security. I don’t know of a proposal to decriminalize, but still make it unlawful to enter. Since the hearing, I have not had time to think further about the question.”

Democrats are trying to expedite Judge Garland’s confirmation vote. I’m blocking them because Judge Garland has refused to answer basic questions, including whether illegally entering the country should remain a crime. pic.twitter.com/Cv2FHF6VwV

When Cotton asked if an illegal gang member or assailant who has been ordered removed from the U.S. by a federal immigration judge should be deported, Garland likewise refused to answer the question.

“The process of removal after proceedings in immigration court is governed by the immigration laws,” Garland wrote in response to both scenarios. “I have not studied those laws, or the practical issues involved in the removal process, in detail.”

Judge Garland could not answer whether an illegal alien who assaults a U.S. citizen and is ordered by a court to be deported should be deported. pic.twitter.com/sriRhiNM7W

“Ensuring the Senate has time to debate these issues and get answers is the same thing that Senate Democrats did for Bill Barr,” Cotton wrote. “We’re not going to have one standard for Trump’s nominees and another for Biden’s.”

Ensuring the the Senate has time to debate these issues and get answers is the same thing that Senate Democrats did for Bill Barr. We’re not going to have one standard for Trump’s nominees and another for Biden’s.

In addition to his refusal to answer questions surrounding the DOJ’s role in federal immigration matters, Garland told senators he was unaware that the Mexican drug cartels use the nation’s asylum system to traffic their members and drugs into the U.S.

“I had not known about this and I will certainly look into this problem,” Garland said when asked about the cartels’ gaming the asylum system.

John Binder is a reporter for Breitbart News. Email him at [email protected] Follow him on Twitter here.