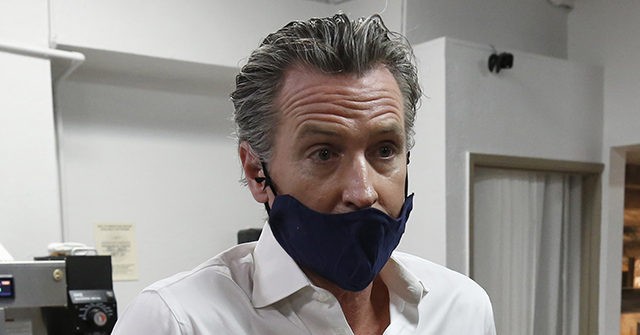 California Gov. Gavin Newsom attended a party last week that violated his own government’s guidelines limiting the number of people who can attend a social gathering during the coronavirus pandemic, the San Francisco Chronicle reported Friday.

Gov. Gavin Newsom attended a birthday party for one of his political advisers last week that included people from several households, the type of gathering his administration has discouraged during the coronavirus pandemic.

The dinner the night of Nov. 6 at the famed French Laundry in Yountville in Napa County brought together at least 12 people to celebrate the 50th birthday of Jason Kinney, a longtime friend and political adviser to Newsom who is also a partner at the lobbying firm Axiom Advisors. In addition to the governor, his wife, Jennifer Siebel Newsom, was in attendance.

State guidelines limit gatherings, defined as “social situations that bring together people from different households at the same time in a single space or place,” to no more than three households. Representatives for Kinney and Newsom declined to specify how many households the diners represented, but did not dispute that it was more than three.

Newsom later told the paper: “While our family followed the restaurant’s health protocols and took safety precautions, we should have modeled better behavior and not joined the dinner.”

On Friday, the state issued guidelines for the Thanksgiving holiday, limiting gatherings to no more than two households.

Florida Man Gets 20 Years in Prison for Severing Wife’s Lover’s...