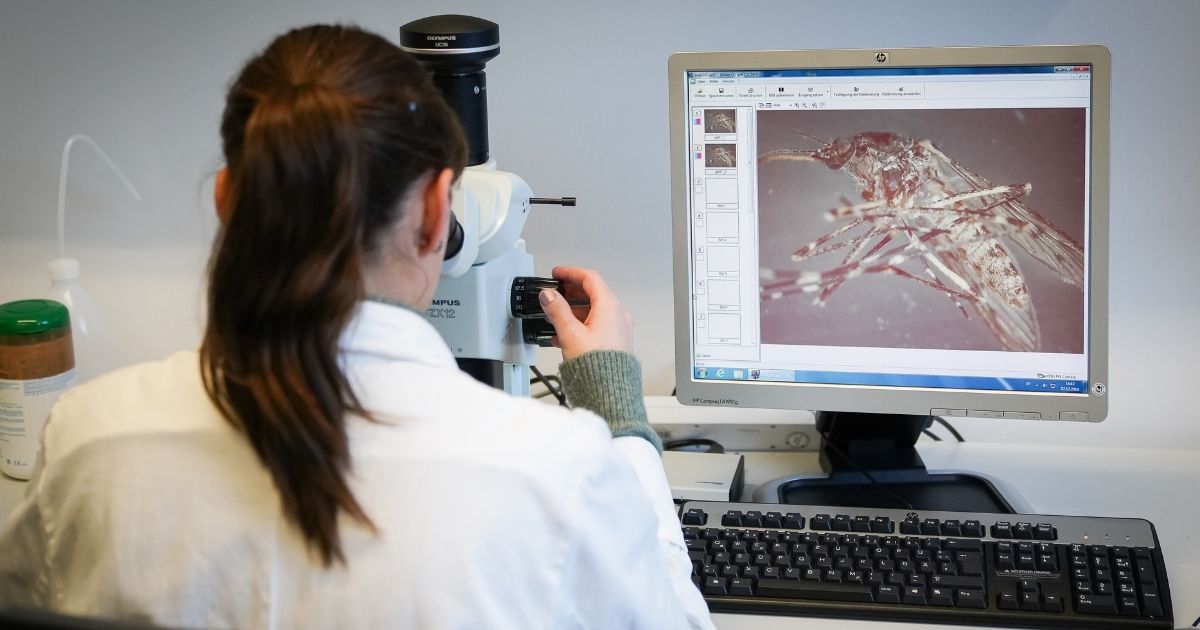 A biotechnology company will soon release genetically modified mosquitoes in certain areas of the Florida Keys in order to combat infectious diseases spread by the parasitic insects.

The findings could lead to a new method for combating the spread of diseases such as the Zika virus and dengue fever, according to experts. Both diseases are commonly attributed to mosquito bites in humans.

Fox News reported that a strain of mosquitoes developed by a United Kingdom-based company called Oxitec — partnered with the Keys’ Mosquito Control District — will soon be released into a select number of neighborhoods in Florida. The aim of the experimental program is to control the population of the female Aedes aegypti mosquitoes which make life insufferable for many residents of the Keys.

Oxitec Head of Regulator Affairs Dr. Nathan Rose told Fox his company’s genetically modified mosquitoes will be released with the hopes that they will foster results in research that can eventually be used in other areas.

“So, mosquito-borne disease is a thing in the U.S., and it’s likely to get worse in the future as a result of climate change [and] as these mosquitoes kind of move farther and farther north from the Gulf Coast into more and more of the continental U.S.,” Rose said.

“So, the diseases are a big problem because these particular diseases don’t have any effective vaccines or medications to treat them [and] the only way to control them is actually to control the mosquitoes that spread them,” Rose added.

Oxitec’s mosquitoes, which are male, contain a “self-limiting” gene that will deceive the wild population of females once mating begins. That is when Rose and the company, which has been given the approval to test the insects by the Environmental Protection Agency and Centers for Disease Control and Prevention, said the plan could produce the desired results.

Female mosquitoes, after mating with the genetically modified males, will produce offspring which will not survive into adulthood — essentially controlling the number of mosquitoes along a portion of the island chain in the Gulf of Mexico.

At least that is the plan.

The project was green-lit in August of last year by the Florida Keys Mosquito Control District Board of Commissioners, the Keys Mosquito Project noted on its website.

“This project will be overseen by FKMCD, the EPA and the Florida Department of Agriculture and Consumer Services (FDACS). Independent evaluation of the project will be provided by the U.S. CDC, University of Florida, Monroe County Department of Health, and local leaders, forming a broad and diverse coalition to support this effort,” the company stated.

Oxitec said it conducted similar experiments in both Brazil and in the Cayman Islands in 2016, and those experiments reported no negative side effects or damage to each area’s natural ecosystems. Rose hopes the first experiment in the U.S. will yield similar results.

“So, what we do first: the first phase of the project is really just releasing mosquitoes from a few single locations. And, what we want to look at there is how far are they flying and how long are they living in the environment in the Keys?” Rose told Fox.

“And then, once we have the information from that, then we’ll move on to small neighborhood releases where we will release the mosquitoes over a neighborhood of maybe say 15 acres or something like that. And then, what we’re looking at is the impact of those mosquitoes in actually making effectively report the wild mosquitoes throughout that neighborhood,” he added.

The goal, following a successful trial in the Florida Keys, would be to use the same genetically modified mosquitoes across the rest of the country — if such a plan were to be approved by the federal government.

Would you be concerned over the presence of genetically altered mosquitoes in your area?

The first of Oxitec’s mosquitoes will soon be released between mile markers 10 and 93 in the Florida Keys in select neighborhoods, but away from citrus growing operations and wastewater management sites.

Some Florida Keys residents cited in the Fox report expressed concerns over the project, but Oxitec assured that there is no cause for worry.