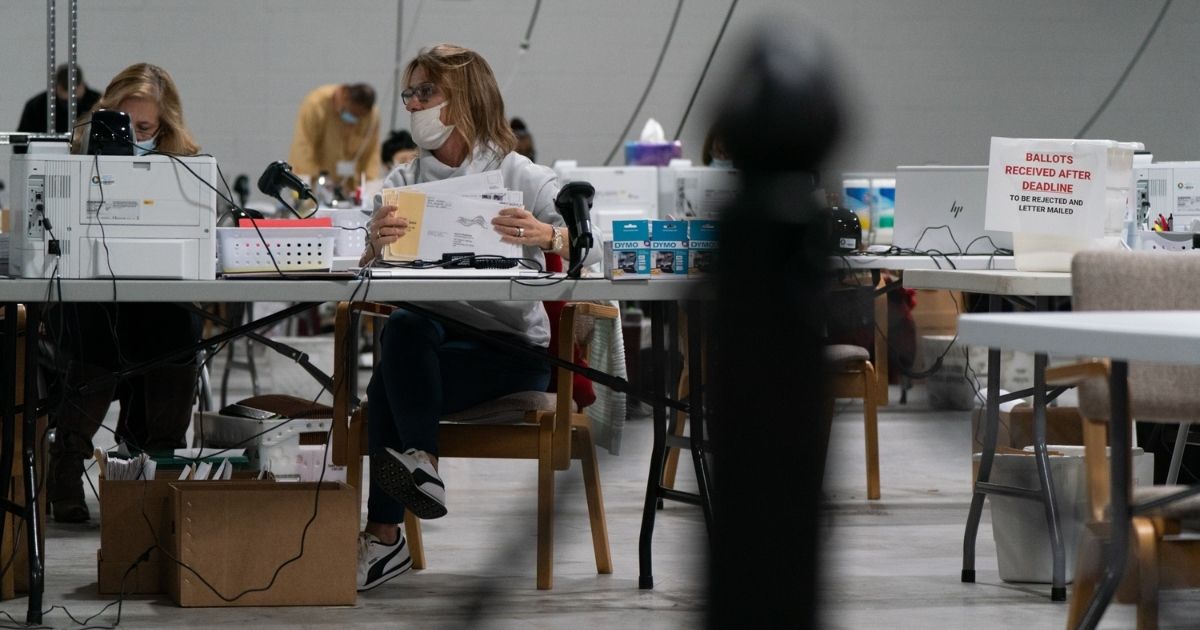 A Georgia election official has been fired for not following established protocols and disregarding the necessary processes to account for and record all legal ballots.

DeKalb County spokesman Eric Burton said that this was the unnamed employee’s second infraction in a day, WXIA-TV reported.

The DeKalb County Department of Voter Registration and Elections officials said Friday morning that following the manager’s termination, they discovered 59 additional ballots that had not been counted.

The officials immediately notified the Secretary of State’s Office following their discovery.

“According to our internal review, this is the same person that made the human error in failing to follow protocols which caused our previous re-certification. Since the employee’s departure, management’s corrective actions and reviews ultimately yielded 59 additional ballots that were omitted from our count,” the statement read, according to WXIA.

“All of our internal reviews indicate that these two omissions were primarily caused by a single employee’s negligent failure to follow protocol and are in no way reflective of our collective efforts to maintain the highest standards for election safety, security and transparency.

“The voters of DeKalb did their part in casting their ballots this election cycle and we refuse to allow the reckless acts of one irresponsible former employee to discredit this entire election and the votes of more than 373,000 DeKalb County residents.”

Floyd County election chief Robert Brady was asked to resign by the secretary of state but he refused, so the Floyd County Board of Elections voted to terminate him Thursday.

#BREAKING: Floyd County’s Board of Elections votes to write a written reprimand and terminate the Chief Clerk of Elections Robert Brady @FOX5Atlanta

Brady had received at least two reprimands in the past six months and had failed to ensure county election officials uploaded votes from a memory card in a ballot-scanning machine.

“It really is a matter of human error, not of some big fraud or conspiracy and people make mistakes,” Rome City Commissioner Wendy Davis told WAGA-TV.

“But unfortunately, I think this one falls at the feet of our elections director, who I’ve been critical of this entire elections cycle.”

Do you trust our electoral system?

As of Friday morning, presumptive President-elect Joe Biden leads President Donald Trump by 12,000 votes in the “Peach State,” according to data from The New York Times.

Other counties discovered during the audit that although some ballots were scanned, they were not uploaded to the official count, WXIA reported.

RELATED: Obama: ‘We Could Always Send the Navy SEALS in' To Remove Trump from White House

Republican Georgia Secretary of State Brad Raffensperger has proposed reforms to the election to uphold “the [people’s] faith in our democracy by demonstrating the integrity of our process.”