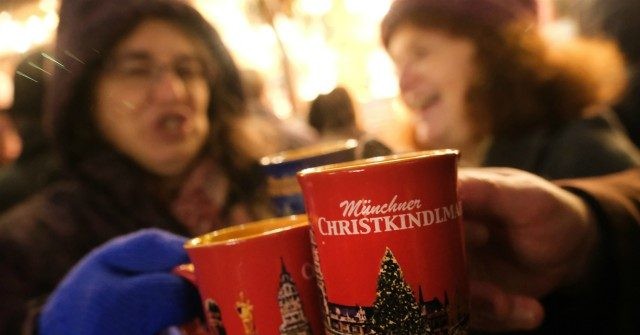 Leipzig has completely banned the sale of hot alcohol in the city, including mulled wine, as part of new coronavirus lockdown restrictions.

Despite a relatively low number of coronavirus cases, the German city has banned the sale of mulled wine and other hot alcoholic drinks to stop “pop-up Christmas markets” from forming where people could potentially gather.

Leipzig will also ban all sales of alcohol from 10 pm to 6 am at supermarkets, restaurants, petrol stations, and other shops, broadcaster MDR reports.

Wales Bans Booze in Pubs Under Another Extreme Lockdown https://t.co/ICl6pLQfdb

Similar measures have been enacted in other cities within Saxony, such as Chemnitz where alcohol consumption has been banned in the city centre. Visitors to the city centre will also be required to wear masks in designated areas from 6 am to 10 pm.

The city of Dresden, meanwhile, is allowing alcohol to be consumed in public during the day and mulled wine stands are being allowed to operate. But from 8 pm to 7 am, alcohol consumption is banned in much of the city centre and the main railway station. The sale of alcohol in all of Dresden will also be prohibited from 10 pm to 6 am, starting from Wednesday.

Leipzig city spokesman Matthias Hasberg noted that the measures in the city were being implemented, even though the new coronavirus cases remain under the 200 per 100,000 threshold, which both Dresden and Chemnitz have surpassed. Saxony itself is now considered a hotspot for new infections across Germany.

Welsh First Minister Mark Drakeford added that his government would also be considering travel restrictions for those coming in and out of Wales.

Sweden has also placed limitations on alcohol sales, banning the sale of beverages after 10 pm last month. South Africa has banned the sale of alcohol twice since the start of the Wuhan coronavirus pandemic.

US home construction jumps 5.8% in December to 1.67 million