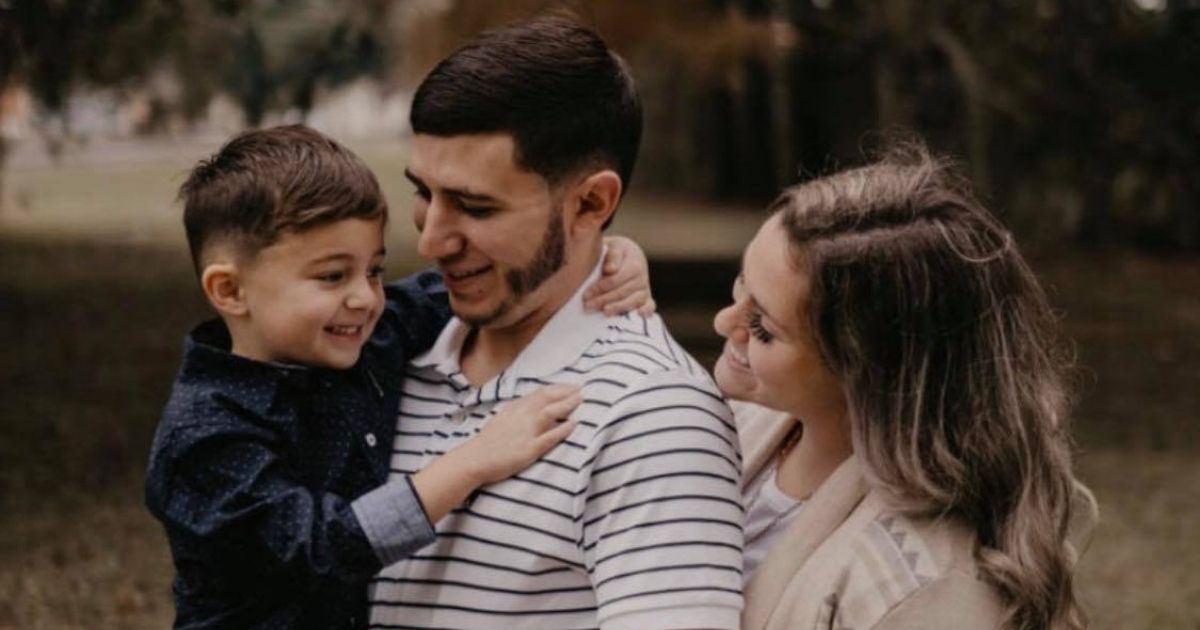 On the evening of Feb. 25, Luke Dufrene from Lockport, Louisiana, was on his way to work. He was about to witness a terrifying act.

As he drove, he noticed an SUV pull to the median of the highway. He said the male driver got out, took a car seat with a baby in it and set it on the shoulder of the road, and drove off.

“I looked back and he took off leaving the child there, so I flipped a U-turn in the grass to get to the baby,” Dufrene, 23, told The Houma Courier.

That was only half the story, though, and the other half wasn’t any better.

Police said Dillon Terrebonne, 27, had been driving with the baby and the baby’s mother in the mother’s car. He and the woman began arguing, at which point he stopped the car, got out, went to her side, and allegedly started to beat and strangle her.

According to police, she managed to get away from him — but then he drove off in her car with her baby still inside. When she realized he was leaving with her precious cargo, she took off after him.

He stopped about a mile down the highway, at which point Dufrene said he spotted the scene and turned around to rescue the baby.

“I pulled into the median and put my truck in front of the child because I knew how dangerous this highway was,” Dufrene said. “And when I was pulling up, two women were approaching. One was a witness and the other was the mother.

“She was out of breath from running. I stayed with them while the lady called 911 and gave the description of the vehicle. I stayed the latest I could to make sure everything was under control.”

“I was running down the highway as fast as I could, but thank God witnesses seen and got to him before I could,” the mother added.

“It took all day to locate (Terrebonne). He went back to his hometown in Abbeville and was caught and arrested there,” she added. “The man that seen what happened pulled off on the side the road right away and got to my baby. Then I got to my baby a couple seconds after.”

Though still recovering from the incident, the mother was thankful to report her child was not injured.

The Lafourche Parish Sheriff’s Office responded to the scene and released a statement the following day, explaining that Terrebonne had been arrested.

“On Thursday night, officers with the Abbeville Police Department located Terrebonne driving the vehicle, and he was taken into custody,” the statement said. “He is being held in Vermillion Parish awaiting transport to the Lafourche Parish Correctional Complex where he will be booked on charges including Domestic Abuse Battery Involving Strangulation and Child Endangerment and Unauthorized Use of a Motor Vehicle.”

According to The Houma Courier, Terrebonne is being held without bail. While he is facing the above charges, others could still be added.

As many heroes do, Dufrene is insisting that he isn’t a hero.

“I never been in them shoes before, but I just knew I had to act fast for that child,” Dufrene said.

“And I can’t help but appreciate the kind words everyone is giving me, but I just feel like I did what any good human would do.”