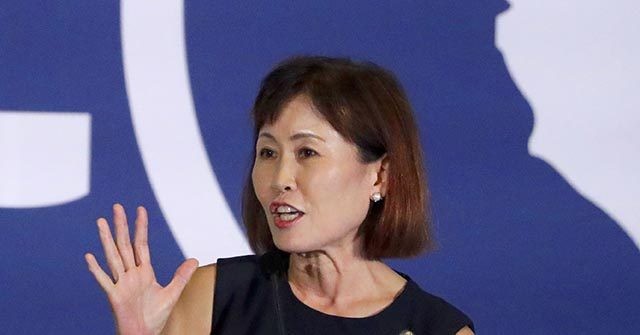 Rouda conceded the election to Steel in a statement on Tuesday, saying:

When I ran for Congress in 2018, it was the first time I’d ever run for political office. But after creating thousands of jobs in a lifetime in business, I couldn’t stand by any longer as our political system tore itself apart. Thanks to the incredible energy brought by our thousands of grassroots volunteers, I was proud to be the first Democrat ever to represent California’s 48th Congressional District. Serving the people here has been the honor of my life, but the truth is, it’s never been about political parties for me.

Steel’s victory serves as the latest instance in which Republicans have managed to flip a seat held by Democrats.

Rouda was elected by ousting Rep. Dana Rohrabacher (R-CA) during the 2018 midterms. Republicans have held California’s 48th Congressional District for decades until Rouda managed to flip the seat.

Although Republicans might not retake the House this cycle, they have managed to flip many seats during the 2020 congressional elections. This arises as House Speaker Nancy Pelosi (D-CA) boasted in August that she would increase her majority by “double-digits.”

Instead, her majority continues to shrink.

Rep. Conor Lamb (D-PA), who staved off Republican Sean Parnell in a close fight in Pennsylvania’s 17th Congressional District, told the New York Times that the Democrats’ rhetoric over defunding the police and banning fracking led to losses in the House.

I’m giving you an honest account of what I’m hearing from my own constituents, which is that they are extremely frustrated by the message of defunding the police and banning fracking. And I, as a Democrat, am just as frustrated. Because those things aren’t just unpopular, they’re completely unrealistic, and they aren’t going to happen. And they amount to false promises by the people that call for them.

Lamb added that the “rhetoric and the policies” have “gone way too far.”