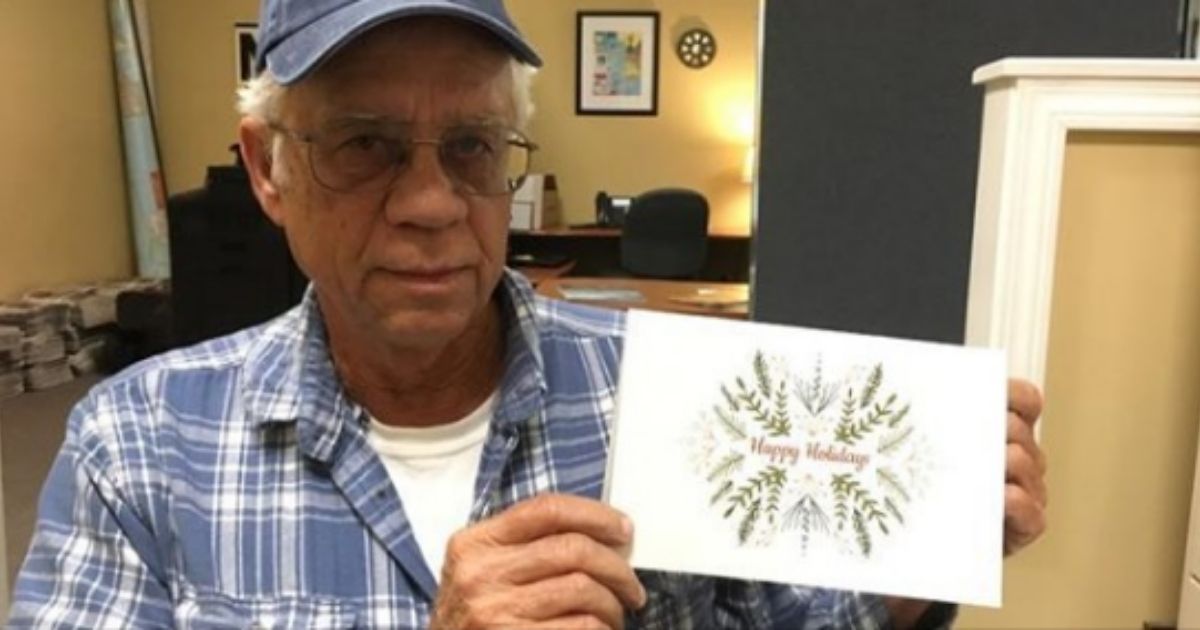 You might not know Mike Esmond of Gulf Breeze, Florida, but he’s been slowly and steadily improving the lives of those in his community.

Esmond, who is in his 70s, runs Gulf Breeze Pools & Spas and is a veteran and father, grandfather and great-grandfather. But for the past two years, he’s also played Father Christmas to dozens of families by paying off past-due utility bills.

It’s something so pedestrian many don’t think about it, but at this time of year, it can be hard for people to come up with the cash for bills and also be able to afford a Christmas celebration for their families.

Esmond said he has a very vivid memory of one year that was like that for him, and it has fueled his generosity.

In 1983, he and his three daughters experienced an electricity shut-off because of unpaid bills as they were strapped for cash, and it was brutal.

“That year, we didn’t have any heat and it was the coldest recorded temperature (in December) Pensacola has ever had,” Esmond said, according to the Pensacola News Journal. “We had icicles hanging off our windows.”

Last year, that got him thinking.

“I wanted to do something that I felt would really help people at Christmas time who are trying to decide between paying bills and maybe having something cut off, or buying presents for their family,” he said.

“When I got my utility bill this month, I noticed that it said the cutoff date was Dec. 26, so I went to the city and asked how many people were going to have their gas or water shut off before Christmas,” Esmond said, “so they gave me the numbers and I paid them.”

In 2019, that was 36 families at around $4,600. This year, Esmond helped even more families. He called up Joanne Oliver, who works for the town’s utility authority, and asked to pay off the bills of those who were facing discontinued service, CBS News reported.

In total, he paid $7,600 to give 114 families the gift of a warm holiday and a little more cash to spend on immediate needs.

“When we had Hurricane Sally, that did a lot of damage to a lot of residents here,” Esmond told CBS News. “And the pandemic, I know, has a lot of people out of work. … They’ve closed up, they’ve laid people off. So this year, I really felt like I really needed to do something.”

“You can imagine,” he said, “people this time of the year that know they’re behind on their bills, when they get this envelope and when they open it up, it’s a Christmas card from the City of Gulf Breeze telling them that Gulf Breeze Pools has paid your utility bill, and that’s one less stressful thing that you have to worry about.”

RELATED: ‘Secret Santa’ Pays Off $65,000 in Layaway Balances at Walmart

Esmond said his motive is simply “to make things a little less stressful and make people a little happier in my community. I’ve heard over and over again in many messages how people, when they read this or heard about it, they cry happily.”

He brushed off the praise he has received, saying he is “not a guy who’s ever really been involved in anything like this where I made people happy” but rather “a guy who goes out and digs in the dirt and builds swimming pools” — but clearly that’s not entirely accurate, and he has a lot of strangers-turned-fans to tell him so.

Some people, hearing of his generosity, have even offered him some cash — but he has a request for them.

“I’ve had people call me out of California, Chicago, Tampa, saying that they wanted to send some money,” Esmond said.

“I said, ‘No, take the money, go do what I did. Start this in your own communities.’ It’s something I can see that we could really pass on and make Christmases better for people in the future.”