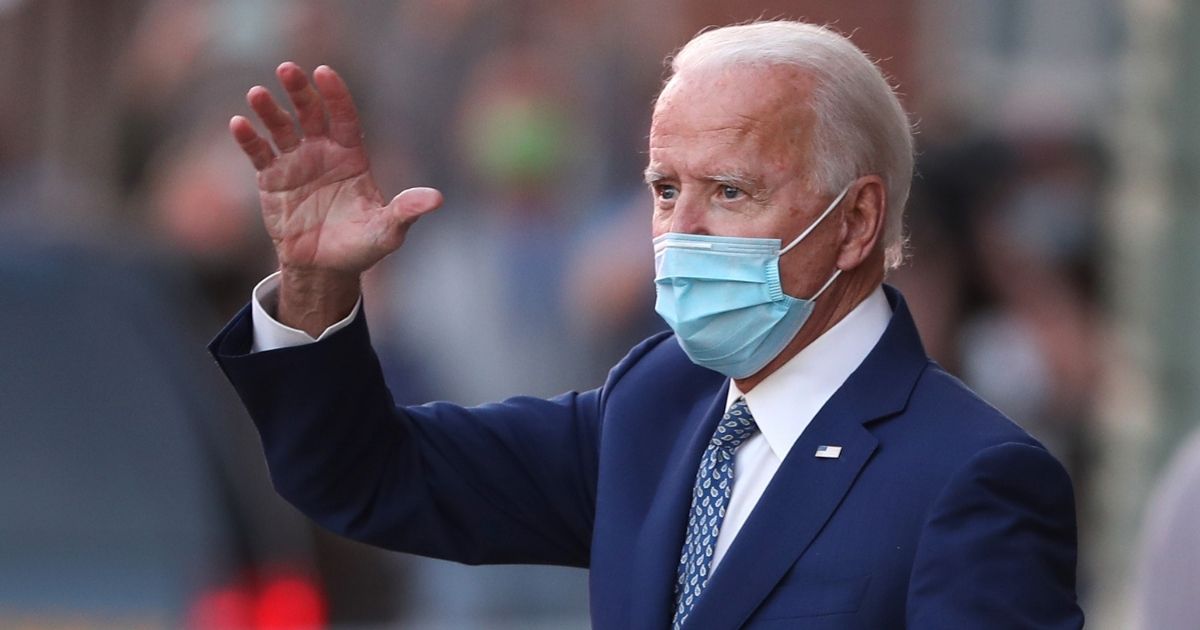 Americans should be outraged at the liberties Joe Biden and his media cronies have taken following the still-contested results of the 2020 presidential election.

The presumptive president-elect is making speeches and taking victory laps while President Donald Trump’s team seeks to uncover all of the glitches and ghosts that may have accounted for Biden’s sudden electoral advantage in key states.

Meanwhile, there is mounting pressure for the U.S. General Services Administration, the government body in charge of the transition to a new presidential administration, to release millions of dollars and other resources to the Biden/Harris campaign for their new administration, Reuters reported.

The GSA has declined to do so since the transition team would be granted access to intelligence officials and other agencies as well as millions in federal funds, which makes waiting prudent given the ongoing litigation in several races in key states like Arizona, Pennsylvania, Georgia, and Nevada.

A spokesperson for GSA Administrator and Trump appointee Emily Murphy said they can’t begin the transition process until “a winner is clear.”

Regardless, Democrats like Democratic Rep. Gerry Connolly of Virginia, head of the House Subcommittee on Government Operations, called on the GSA to expedite the process anyway.

“The Administrator plays a critical role in the peaceful transfer of power and ensuring vital government services are not disrupted. This is all the more important amid a deadly pandemic,” Connolly said.

Always in lockstep with leftist politicians, the establishment media has been making the requisite noises about the supposed apocalyptic obstruction of the transition process as they ignore the glaring problems still unresolved with the ballot counting.

A preview of the weeks ahead? “A Trump administration appointee is refusing to sign
a letter allowing President-elect Joe Biden’s transition team to formally begin its work this week.” https://t.co/GEuQbNBxuA

The Trump administration has at every step used levers of government to help the President politically. The General Services Administration refusing to allow the transition team to formally begin its work and access transition funds is the latest example.https://t.co/VumOGMoqOf

This is a moment of global jubilation and profound relief. It is also a moment that requires vigilance and presence. This decision 👇 will kill Americans at a moment when Covid is raging. This will be a miserable winter of death in our country. The actions real target is 1/ https://t.co/iZQjt08IS1

Regardless of the eventual outcome of the litigation and inevitable recounts, the current situation is that there is just no clear winner, regardless of what the establishment media decided.

Should the legal battles be resolved before releasing transition resources to the Biden/Harris campaign?

After years of trying to invalidate the 2016 election results with the Russia collusion hoax, the left has suddenly decided that once the media declared Biden the winner, all privileges and honors are to immediately follow.

But there is precedent from the 2000 election.

When the outgoing Bill Clinton administration refused to start the transition until George W. Bush won his legal battle against his opponent, former Vice President Al Gore, during the endless recounts in Florida which finally ended in Bush’s victory, the Los Angeles Times reported then.

As much as the incoming Bush administration fought it, the GSA held off on forking over money and the keys to the country while the election results were still being legally contested.

“FWIW, the General Services Administration’s refusal to call George W. Bush ‘president-elect’ (which under law is its call to make for the federal government) until the Florida recount was resolved was a point of some controversy at the time,” Nancy Scola pointed out in her tweet Friday.

FWIW, the General Services Administration’s refusal to call George W. Bush “president-elect” (which under law is its call to make for the federal government) until the Florida recount was resolved was a point of some controversy at the time. https://t.co/8uxARGTs0v

Biden, the establishment media, social media and the hoards of gleeful revelers can declare the election over and the Democratic candidate the victor, but that doesn’t make it true.

The GSA has every right — and responsibility — to withhold transition while the election results are still being sorted out during the ongoing legal battle.

In the words of New York Yankees baseball legend and accidental proverb producer Yogi Berra, “It ain’t over ’till it’s over.”