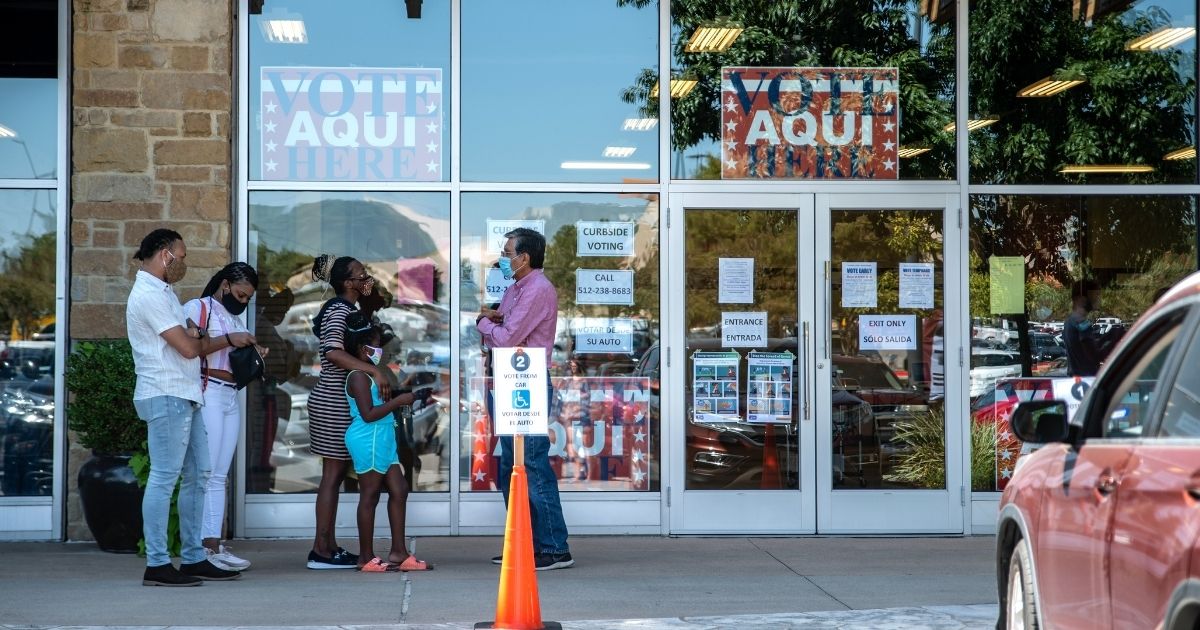 Democrats had big plans for turning Texas blue during the 2020 election, but a group of unlikely voters resisted the party’s radical agenda, according to one of the state’s representatives in the House.

President Donald Trump’s margin of victory in the state over Democrat Joe Biden, 52.1 percent to 46.5 percent according to Politico, was much closer than conservatives would like to see.

Trump prevailed, though, as did GOP Sen. John Cornyn and House Republicans.

But, as much as the American left wants you to believe, the victory wasn’t delivered by white supremacists, the Proud Boys, the poor boys, the KKK or even the Hitler Youth.

Instead, it was Texas Hispanics who voted for Trump and other Republicans, according to GOP Rep. Jodey Arrington of Texas.

TRENDING: New GOP Rep Who Survived the USSR Teaches a Lesson About Defeating ‘the Squad’

There goes the narrative of the Democratic Party and the establishment media that Trump’s supporters are a bunch of racist white people.

Arrington said Tuesday during an interview with Newsmax TV that the state’s Hispanic voters “rejected the radical policies of the left.”

He told the network, “I think you saw Hispanics in droves support Republicans and Republican policies.”

“They rejected the radical policies of the left, they don’t want open borders, they want safe neighborhoods, they want economic opportunity, and there’s no subculture in the United States that has a stronger work ethic, and faith and family orientation than the Hispanic culture. So they are already leaning more in the conservative principle.”

Indeed, Hispanic culture is largely rooted in family, faith and jobs — issues of which have largely been abandoned by Democrats in their embrace of cultural Marxism and unrestricted abortion.

The party of closing down churches while tacitly supporting riots in the name of social justice had hoped to court Hispanics and flip both Texas and Florida.

Democrats fell flat on their face in both attempts.

Their agenda was rejected by hard-working minorities who Democrats took for granted.

This writer was blessed enough to marry into a wonderful family of first-generation legal Hispanic immigrants, and every single one of them would have crawled to the polls not only to vote against the Democratic agenda, but for Trump.

RELATED: Rules for Thee but Not for Me: Dem Sen. Feinstein Caught on Video Maskless

Do you think Trump’s attracting minority voters to the GOP will continue after he retires from politics?

Many voted for what’s in their best interests, and that isn’t another round of Chavez-esque socialism.

You’d have to think that many Democrats who had hedged that Texas would turn blue have never even been to the state.

Hispanic culture has deep roots Texas, which, contrary to the probable assumptions of the coastal elitist Democrats, is not run by white supremacists.

It was President Trump who built a multi-ethnic coalition of voters, and not Democrats in the Lone Star State.

The party was rejected in Texas by the diversity of the GOP.

HUGE! Sidney Powell Witness Whom NY Times Described as “Always the Smartest Person in the Room” Concludes Hundreds of Thousands of Votes Transferred from...

Did Bernie Sanders Just Confirm Our Worst Fears with This Ominous Threat?

Trump Motivates Dem Voters ‘Who Want to Rid Themselves of This...