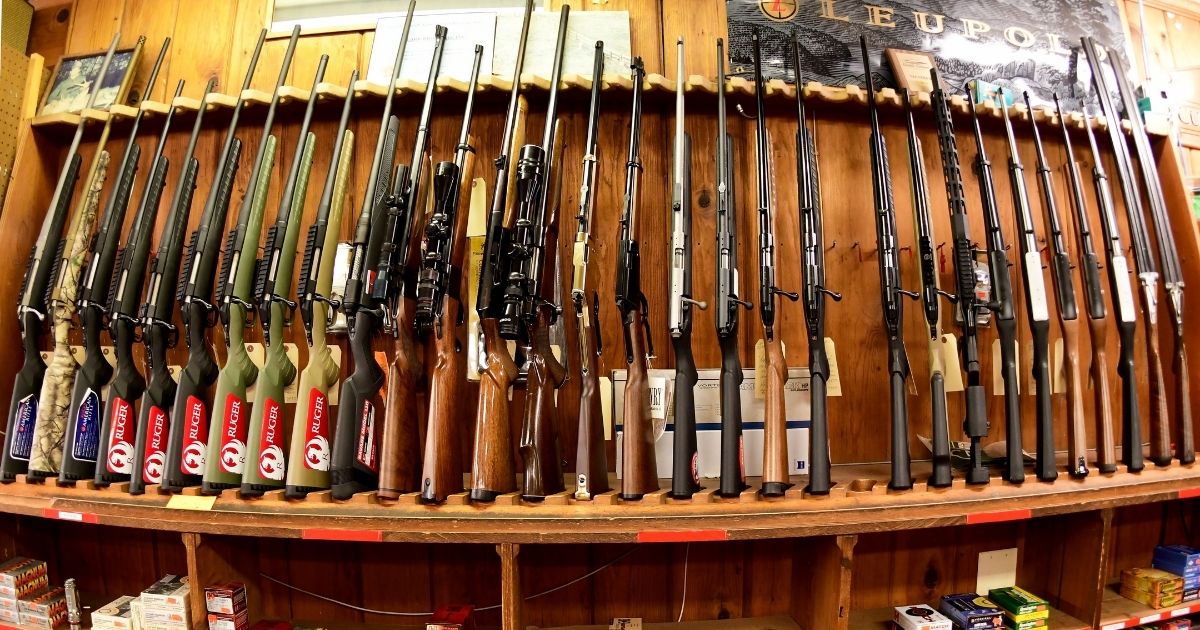 Democratic presidential hopeful Joe Biden’s gun control proposals could cost Americans tens of billions of dollars in taxes for firearms and accessories they already own.

The Washington Free Beacon, after pouring over Biden’s gun plans in addition to information on firearms already on the market, has concluded that owning some guns that are now perfectly legal could become very expensive.

That’s assuming Biden is declared the winner of the still-contested presidential election, of course.

Stephen Gutowski of The Free Beacon concluded that if Biden is successful in taking office and implementing his gun proposals, more than $34 billion in new taxes could be on the way for gun owners.

Those taxes specifically would target Americans who own popular sporting guns such as the AR-15 platform of rifle.

Taxes would apply both to the rifles and magazines that hold more than 10 rounds by way of a $200 tax stamp per item.

“At least 20 million rifles and 150 million ammunition magazines would be caught up in the sales ban and registration scheme Biden touted on the campaign trail,” Gutowski reported.

Citing a report from the National Shooting Sports Foundation, Gutowski came up with the estimated price tag on already-owned hardware.

Per the report, there are an estimated 20 million sporting rifles — often misbranded as “assault rifles” — in civilian hands, and it’s not exactly clear how many high-capacity magazines are out there.

Would you pay for a tax stamp on your legally owned firearm if the government ordered you to do so?

The 150 million number for magazines is an estimate.

In that vein, there is a bit of a silver lining, especially for those of us who enjoy sporting rifles and high-capacity magazines.

NSSF spokesman Mark Oliva told The Free Beacon that the sheer number of such firearms and accessories on the market could signal to gun-grabbing Democrats that Americans are firm on their support for gun rights.

“I think if [Biden and his team] were smart, they would look at those numbers and get an idea of where America stands on gun ownership and gun rights,” Oliva said.

Indeed, generally speaking, Americans are quite fond of our Second Amendment rights.

Including sporting rifles, other rifles, shotguns and handguns, an estimated 214 million guns were purchased by Americans between 1991 and 2019, according to the NSSF.

A 2019 report from Axios estimated Americans, in total, own a combined 270 million firearms, or roughly 40 percent of the world’s guns.

The Austin American-Statesman in Texas, meanwhile, recently estimated that figure as being closer to 390 million guns collectively owned by Americans.

Perhaps those numbers, whichever one is closer to the mark, can act as a deterrent for handsy Democrats with thoughts about infringing on our constitutional rights.

Support for stricter laws for gun sales has been declining since 2016, according to a recently released Gallup survey.

With the state of the country, it’s hard to imagine gun control becoming more popular.

Biden has made it clear he wants to ban new sales on popular sporting rifles, but the sentiment in this country seems to be moving against gun control, especially when you look at the record amounts of firearms sold just this year alone.

That puts the anti-gun left in a potentially difficult position.

But Democrats can be very cunning.

Plans for more gun control, if enacted, could have little to do with broadly making specific firearms illegal and might avoid big headline-making legislation.