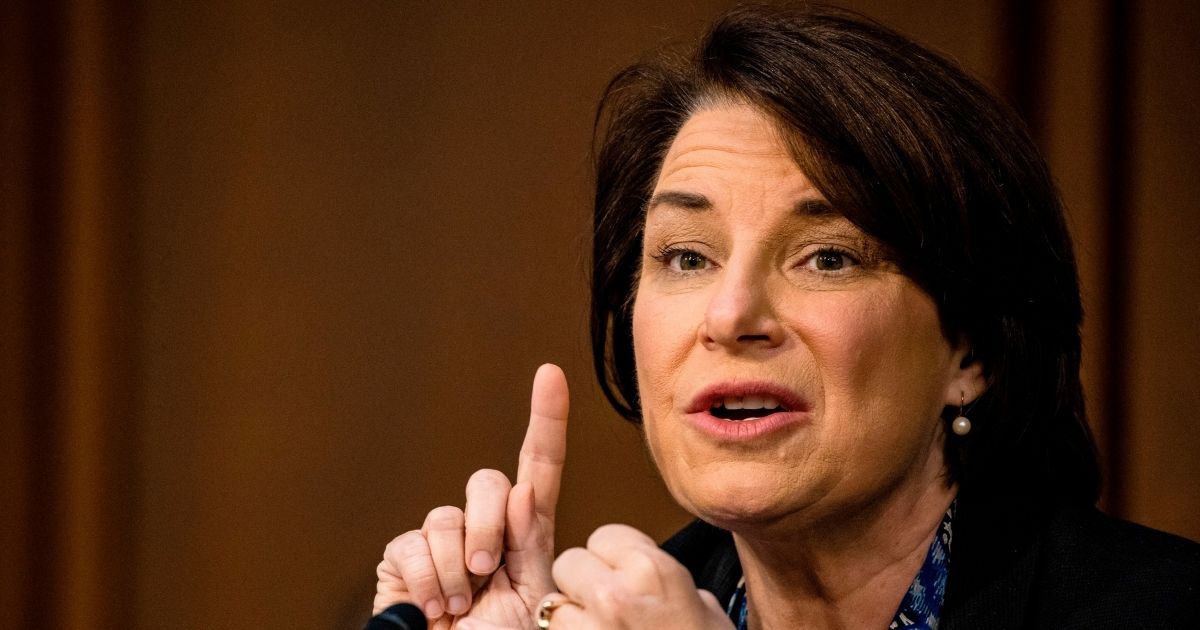 Over the weekend, attorney Sidney Powell and former New York City Mayor Rudy Giuliani, both members of President Donald Trump’s legal team in his fight against the alleged fraud that took place on Election Day, sounded the alarm about Dominion Voting Systems, a manufacturer of electronic voting equipment. Dominion is a Canadian company, headquartered in Toronto, that maintains offices in Denver.

Both claimed the machines were capable of manipulating votes, even from remote locations. Of course, Democrats and the establishment media, and even some Republicans, have discounted the claims and have called on Trump to concede the race gracefully.

But it wasn’t so long ago that three Democratic senators and one congressman were making identical claims about Dominion and its two main competitors in the election technology industry. The group includes Sens. Elizabeth Warren of Massachusetts, Amy Klobuchar of Minnesota and Ron Wyden of Oregon and Rep. Mark Pocan of Wisconsin.

Besides Dominion, the other two companies are Hart InterCivic Inc. and Election Systems & Software.

The four lawmakers were concerned after hearing stories that machines had switched votes, rejected paper ballots and broken down. They were unable to obtain information about any of these manufacturers because all three were privately owned.

On Dec. 6, 2019, the group sent letters to the private equity funds that held ownership stakes in the companies.

Copies of the letters can be viewed on Warren’s website.

“In 2018 alone ‘voters in South Carolina [were] reporting machines that switched their votes after they’d inputted them, scanners [were] rejecting paper ballots in Missouri, and busted machines [were] causing long lines in Indiana.’ In addition, researchers recently uncovered previously undisclosed vulnerabilities in ‘nearly three dozen backend election systems in 10 states.’ And, just this year, after the Democratic candidate’s electronic tally showed he received an improbable 164 votes out of 55,000 cast in a Pennsylvania state judicial election in 2019, the county’s Republican Chairwoman said, ‘[n]othing went right on Election Day. Everything went wrong. That’s a problem.’ These problems threaten the integrity of our elections and demonstrate the importance of election systems that are strong, durable, and not vulnerable to attack.”

We’ve learned enough about Dominion over the last week or so to know that Warren, Klobuchar, Wyden and Pocan were right to investigate this further.

After the election, conservative pundit Dan Bongino interviewed Giuliani and Jenna Ellis, who is also a member of Trump’s legal team.

RELATED: CNN Critic Claims Attacks on ‘MAGA March’ Were Taken ‘Out of Context’ – Gets Hammered on Social Media

Ellis told Bongino, “What you need to know about Dominion is that this is a foreign company … They have been systematically embedding software used by U.S. elections in various states … They have as a feature, not just as a bug, but as a feature, the ability to cancel votes, manipulate votes, look at the vote tallies.”

Ellis invited viewers to look at a review of Dominion’s “Democracy Suite 5.5A,” which was prepared for the Texas secretary of state in 2019. Following a thorough analysis, the examiner recommended against purchasing this equipment.

Giuliani explained that “Dominion has a software that it gets from a company called SmartMatic. SmartMatic is a Delaware company, but it’s owned by Venezuelans, Venezuelans who are close to Chavez and Maduro. They actually count the vote. They count the vote in Barcelona, Spain. So the vote goes from here to Barcelona, Spain. They count it and then they give it back to us.”

“Can their software change the vote?” Giuliani asks rhetorically. “Any way they want. Absolutely.”

Giuliani provided some background on SmartMatic. The company “was actually established by Chavez. And the whole purpose of it was to steal elections. That’s their expertise: stealing elections.”

“As far as we can tell, SmartMatic owns Dominion. There’s a company in between called Indra. So, we’re basically having our votes counted by Venezuelans who are close to our enemy Maduro.”

Giuliani noted that a recent CEO of SmartMatic was an associate of George Soros.

I believe he’s referring to Lord Mark Malloch-Brown. He currently serves as an advisor to the left-leaning Eurasia Group. Malloch-Brown’s bio on the group’s website reads: “Other positions have included vice chairman of George Soros’s investment funds, as well as his Open Society Institute, where he remains on the board.”

Giuliani continued. “One of Soros’ top guys was the CEO of SmartMatic. They took him off a couple of days ago. Oh, and one of the key people in Dominion is a big supporter of antifa.”

Bongino asked, “How do we know reliably that their vote counts are in fact genuine and authentic?”

Giuliani shook his head, “We don’t. … The [Georgia] governor’s former – I think it was chief of staff – is now one of the chief lobbyists for Dominion and SmartMatic.”

Regardless of whether Ellis and Giuliani’s claims turn out to be true, the fact that high-ranking Democrats expressed concerns about the same software less than a year ago merit attention, to say the least.

Sidney Powell Agrees She Is Not Part of Trump Legal Team,...

Lawmakers prepare to discuss what Tennessee should do with $741M welfare...