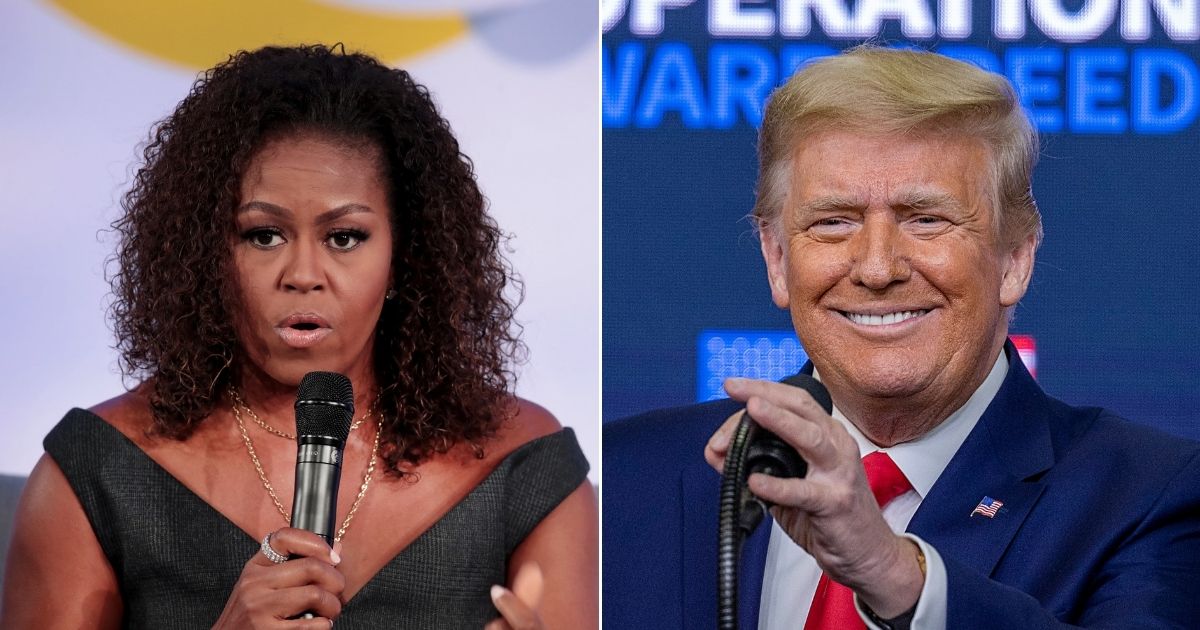 A new poll released by McLaughlin & Associates asks 443 Democratic primary voters whom they would vote for if the 2024 presidential primary were held today.

Rounding out the top three with 7 percent, and almost too scary to contemplate, is New York Rep. Alexandria Ocasio-Cortez, who will then meet the age requirement to make a run for the White House.

Tying for fourth place were Pete Buttigieg — the former mayor of South Bend, Indiana, and a 2020 Democratic presidential candidate — and New York Gov. Andrew Cuomo, each with 5 percent.

It’s not surprising that Obama came in ahead of Harris. Except for that one brief moment of glory when Harris performed her well-rehearsed takedown of then-rival Joe Biden over busing and segregation, her numbers languished in the low single digits until she was forced to end her campaign.

Harris is unquestionably a bright, charismatic and accomplished woman, but she is unlikable. Ambition is written all over her face. She also appears to say and do whatever she needs to say and do to achieve her goals. In other words, she lacks principles.

Although Obama is extremely popular among Democrats, she is simply not qualified for the presidency. She has been married to a politician but has never held a political office. Sorry, service as first lady doesn’t qualify a woman for the presidency.

I once heard a political analyst say that the day of her nomination would be the high-water mark for Obama. She has never been vetted. As the wife of a politician, she was generally off-limits. Prior to the Trump era, the media respected the privacy of family members.

RELATED: Tucker Carlson Issues Dire Warning About Who Could Become President in 4 Years

Additionally, many of her successes prior to becoming first lady coincided with President Barack Obama’s significant political victories.

“Oh, did we mention that he had just become a U.S. senator? He sure had. Requested a $1 million earmark for the UC Medical Center, in fact. Way to network, Michelle!

“But now that Mrs. Obama has resigned, the hospital says her position will remain unfilled. How can that be, if the work she did was vital enough to be worth $317,000?”

“We can think of only one explanation: Roland Burris’s wife wasn’t interested.”

FactCheck.org looked into National Review’s claims and concluded they were mostly true. Michelle Obama’s income decreased when she began to work part-time in 2007. According to the fact check:

In 2018, she and her husband founded Higher Ground Productions and signed a multi-year deal with Netflix. However, it remains to be seen if she’s actually doing anything to run this company.

Although the reviews for their first documentary were stellar, the Obamas actually had little to do with its production. Quartz, a business-focused media outlet, reported in February that the documentary “’American Factory’ was filmed without the Obamas’ involvement.”

Last month, Deadline reported that the Obamas were collaborating with alleged comedian Adam Conover on a comedy series about government.

So much for Obama’s motto, “when they go low, we go high.”

All of this is to say that her resume isn’t very “presidential.”

The depth of feeling for Trump among his base goes beyond popularity. He is beloved by his supporters.

Some may point to the fact that he just lost an election to Biden and Harris. But the election has been haunted by allegations of fraud in numerous affidavits filed in courts in several swing states.

After two years of Democratic rule, voters will be flocking to GOP candidates in 2022 — and hopefully back to Trump in 2024.