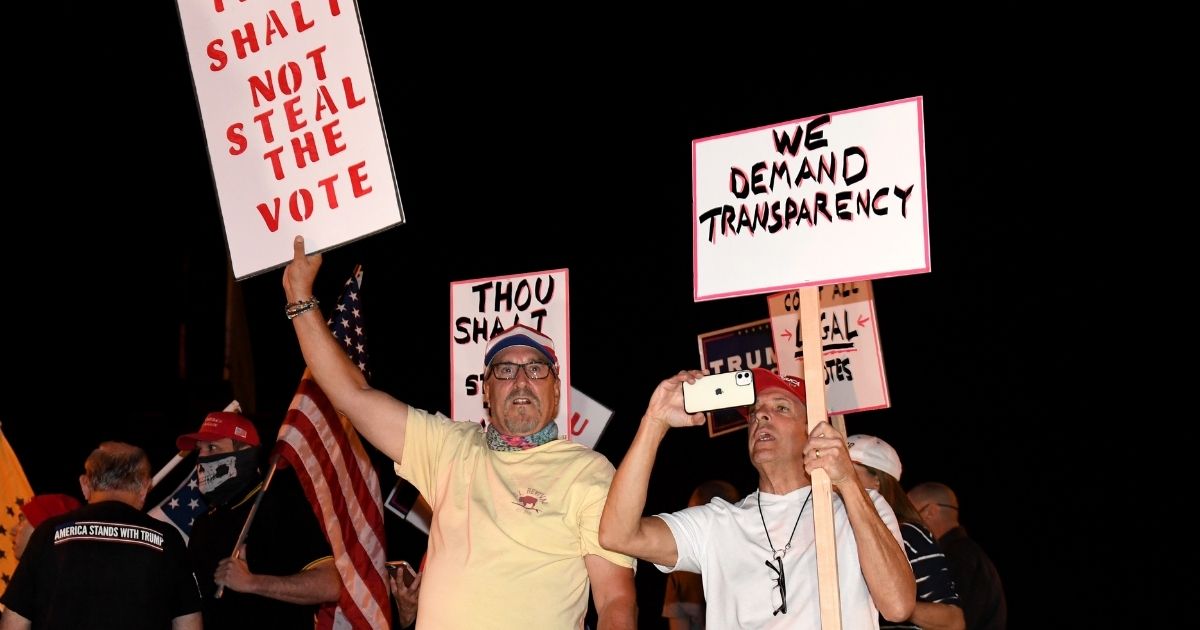 As America reaches the end of the longest week of the longest year of my memory, it seems increasingly clear that most major news outlets will declare former Vice President Joe Biden the winner of the 2020 presidential election at some point today. (In fact, some of them already have, and more may join them before this is published.)

The Western Journal won’t be joining them — at least, not yet.

There are numerous court challenges and potential recounts that must be resolved before any state can certify its results, and therefore before any responsible news outlet can call several contested states for Biden or for President Donald Trump.

Neither of those are the case for The Western Journal.

Don’t get me wrong — if we were forced to place a bet today on the winner of the presidential election, we’d put our money on Joe Biden. At the moment in time when I am writing this, he looks poised to win Pennsylvania, which is enough to put him over the 270 votes he needs to come out on top.

Biden also looks like he’ll take Nevada, Georgia and Arizona as well, by the time all the votes are counted. Trump will likely win Alaska’s three electoral votes, but they won’t be enough to help him.

Trump also looks like he’s going to take North Carolina — a state The Western Journal called for him during live Election Night coverage on “WJ Live” despite the fact that no other major outlets did. (We also called Florida for Trump much earlier than most other outlets.)

And we called the 2016 presidential race for Donald Trump hours before anyone else, even Fox News, had gotten over their shock at former Secretary of State Hillary Clinton’s loss to do so.

Do you believe that Donald Trump will ultimately win the 2020 election?

It’s precisely for those reasons — the fact that truth is one of our most important core values — that we will not call the race for Trump before its time.

There are several things to remember here.

First, “calling” a race is no more than making a prediction. There’s nothing official about The Associated Press, The New York Times (which, I am loathe to admit, has actually done a very good job this year, aside from their reluctance to call North Carolina), CNN or anyone else “calling the race.”

The race is over when the states say it’s over by certifying their results. Period.

Second, there’s no rush here. Members of the Electoral College do not vote until Dec. 14, and Congress does not meet to count those votes until Jan. 6. We have over five weeks for recounts and court challenges to be conducted without causing even the slightest delay in the election process.

We’re pretty sure what the truth will turn out to be. But we’re not yet certain. We will be certain when the states certify their results, and at that time we will know — and will report — on the winner of the 2020 election.

Fourth, this is not an attempt to “de-legitimize” the election results, although we fully expect that accusation from the Democrats and their allies in the establishment media. This is, in fact, an attempt to remind voters of the constitutional election process — which is the only “legitimate” one in the first place.

Any attempt to portray legacy media “calls” as somehow more legitimate than state-certified results is, frankly, illegitimate on its face.

And fifth, Jesus is still on His throne.

We started our Election Night coverage with that statement, and we will end our election coverage with it. It is the central truth from which everything else we do at The Western Journal originates (or should, anyway — we make our share of mistakes just like any other organization).

Regardless of who the ultimate victor is in the 2020 presidential election or in any of the other races, “called” or still in dispute, The Western Journal will remain committed to bringing its readers that truth, as best we can understand and communicate it, for as long as the grace of Christ permits.

Michigan state canvassers vote to certify the election in blow to...