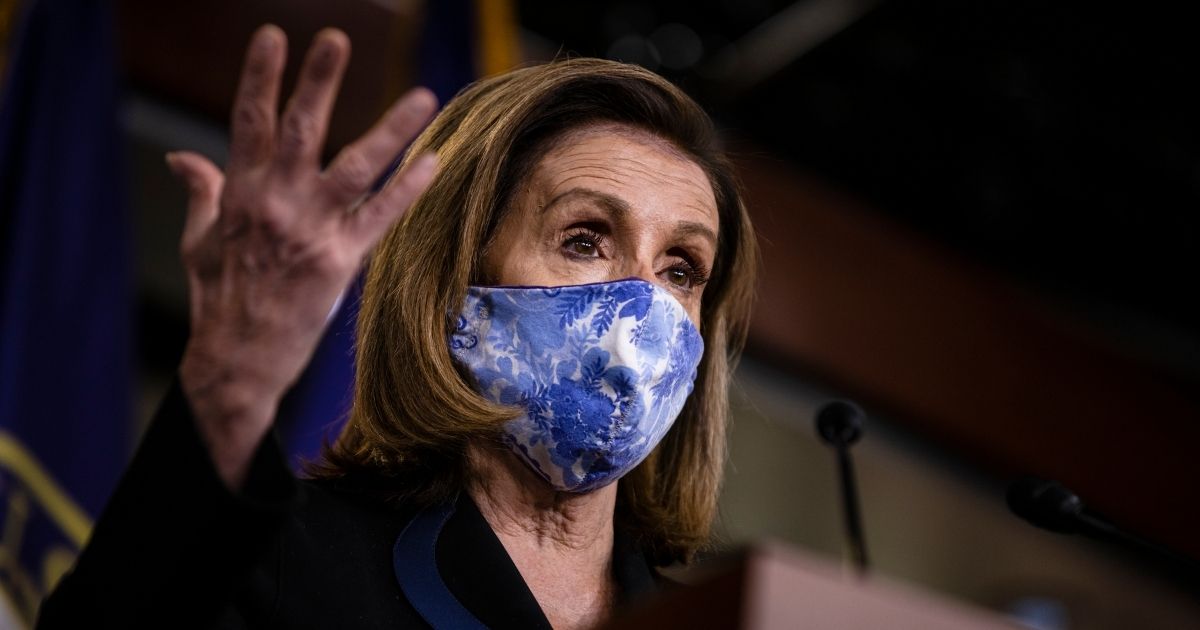 House Democrats canceled an in-person dinner for newly elected members of their caucus Friday evening after coming under fire over what many Americans saw a blatant instance of coronavirus-related hypocrisy.

“Members-elect are now picking up their boxed meals and departing the Capitol,” tweeted Drew Hammill, deputy chief of staff to House Speaker Nancy Pelosi. “There is no group dinner. Members-elect are in DC already for orientation.”

“It’s very spaced,” Pelosi told Caldwell, additionally citing the room’s ventilation and the fact that the Capitol physician had signed off on the dinner.

.@SpeakerPelosi told me it’s safe. “It’s very spaced,” she said and there is enhanced ventilation and the Capitol physician signed off. pic.twitter.com/ZXjf72lnrP

This still rubbed plenty of people the wrong way. After all, as USA Today reported, many Americans around the country have been forced to cancel their Thanksgiving plans in response to concerns over the coronavirus and restrictions imposed by state and local governments.

Do you think that holding this dinner in person would have been hypocritical?

In New York state, for instance, indoor gatherings at private residences have been limited to 10 people.

“As it relates to your private setting, we just have to plead with people to not let your guard down, to keep your gatherings as small as possible and to keep fighting this,” New Jersey Democratic Gov. Phil Murphy said Thursday on NBC’s “Today.”

The Centers for Disease Control and Prevention, meanwhile, say that “the safest way to celebrate Thanksgiving this year is to celebrate with people in your household.”

The CDC encourages Americans to “consider other Thanksgiving activities,” like “host[ing] a virtual Thanksgiving meal with friends and family who don’t live with you.”

Pelosi herself referred to the COVID-19 threat as a “red alert” and an “emergency of the highest magnitude” during a news conference Friday morning, Business Insider reported.

RELATED: Pelosi Pleads with Democrats for Support as She Announces Bid To Retain Speaker Post

Prior to House Democrats canceling their group dinner, many on social media pointed out what they saw as hypocrisy.

we shouldn’t see our families for thanksgiving but this is ok because nancy pelosi said so https://t.co/2JZms4r9yx

Pelosi can hold a dinner party but everyone needs to cancel thanksgiving. “Rules for thee, but not for me” https://t.co/5M2AFMs5ZC

cuomo and de blasio both basically said dont go see family for the holidays because it’s too risky. it’s amazing to see the kind of sacrifices normal people are expected to make while leaders create a different set of standards for themselves. https://t.co/g98nOCTWk4

But don’t you DARE have Thanksgiving with your family! https://t.co/ugphQTQPkB

No Thanksgiving for you though https://t.co/DKpxo1j9X5

But Pelosi, other elected Democrats, and the mainstream news media are lecturing us that we can’t have Thanksgiving with even our immediate families and we have to spend it sad, alone, and mentally crippled. https://t.co/ls2UWjepb1

Before the in-person event was canceled, Hammill responded to the outrage by tweeting that “Our office strictly follows the guidance of the Office of Attending Physician, including for this dinner. To be a further model for the nation, this event has been modified to allow Members-elect to pick up their meals to go in a socially-distanced manner.”

Our office strictly follows the guidance of the Office of Attending Physician, including for this dinner. To be a further model for the nation, this event has been modified to allow Members-elect to pick up their meals to go in a socially-distanced manner. https://t.co/s2pSyUOCbm

The Same Clandestine Companies Involved in the Certification of Dominion Voting Systems and the 2020 Results in Georgia Were Chosen for the Upcoming Arizona...

California Teachers Told to Claim to Be Health Workers to Skip...

The Same Clandestine Companies Involved in the Certification of Dominion Voting...