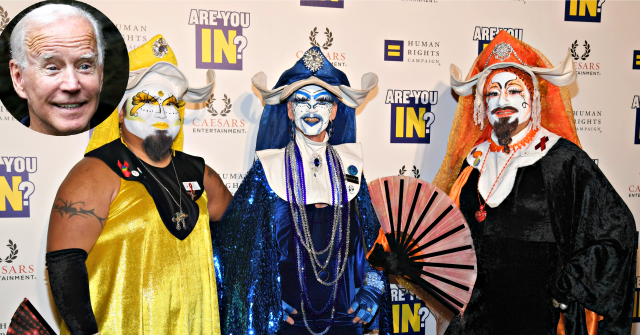 LGBT advocacy and political lobbying group the Human Rights Campaign (HRC) has created a “Blueprint for Positive Change” to guide its anticipated Biden administration through 85 policy recommendations that it says will undo the “damage” done by President Donald Trump.

HRC states in its “blueprint” that Biden could enact some of its policy recommendations fairly quickly through executive orders that would simply cancel Trump’s actions:

Since taking office, the Trump administration has consistently targeted far reaching regulatory changes that undermine the rights of vulnerable communities, including those who are LGBTQ. The administration consistently mischaracterizes the law in federal regulations, legal memorandums, and litigation actions. These coordinated attacks on civil rights exploit the public’s traditionally limited engagement with federal legal actions and administrative developments, violating the public trust.

HRC has laid out a roadmap to working with the Biden-Harris administration and ensuring we move equality forward by advancing policies to improve the lives of millions of LGBTQ Americans. Take a look. ⤵️ https://t.co/5N1CRkerjO

Among its 85 policy recommendations for a Biden administration, HRC is urging:

“We urge the administration to end taxpayer-funded discrimination once and for all and to rescind Trump-backed policies that invite discrimination against LGBTQ people by federally funded grantees and contractors,” HRC urges.

“Stigma and violence against our community—especially transgender women of color—must be systematically addressed,” the group states.