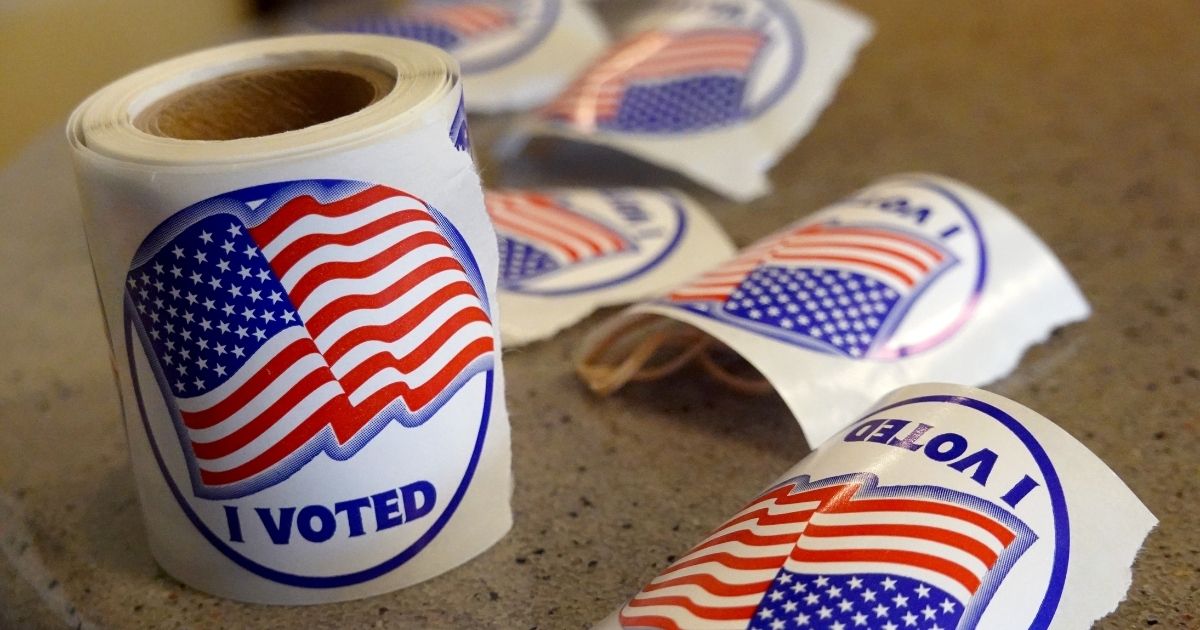 Everything depends on voter turnout.

In swing states, recent polling by the Trafalgar Group indicates Trump is nursing leads of 3 points in Michigan and 2 points in Pennsylvania. That’s good news if they show up.

The Trafalgar poll shows that 32 percent of Michigan voters and 45 percent of Pennsylvania voters plan to cast their ballots on Election Day.

These folks are the key to a Trump victory because the early voting has gone largely to Biden.

In Pennsylvania, 38 percent have voted by mail and they have gone Democrat by a lopsided margin of 75-21 percent.

Another 13 percent voted in person early and they broke even, Trafalgar says, by 48-48. So to carry the Keystone State, Trump needs to get the 45 percent that have waited until today to vote. Trafalgar says that they are planning to vote for the president 71-23, offsetting the Biden sweep of mail votes.

If they show up.

Michigan tells a similar story. As per Trafalgar, 49 percent voted by mail and went for Biden 68-29. Another 15 percent voted in person early and they backed Trump by 52-41. The president’s fate is in the hands of the 32 percent who plan to vote today and say they will support Trump 80-15.

Do you think there will be heavy Election Day turnout?

If the Election Day turnout is heavy, Trump should sweep the battleground states, likely carrying not only Pennsylvania and Michigan but also New Hampshire, Ohio, Wisconsin, Florida, North Carolina, Georgia, Arizona, Iowa and Nevada. He might even carry Minnesota.

If the predictions in the reliable polls hold true, Trump could beat Biden in the Electoral College 323-215, nineteen more votes than he won in 2016.

The popular vote is likely to be close (as opposed to the 2.1 percentage points by which Hillary won it) and may even go to Trump.

Among other interesting stats in the Trafalgar polls:

The gender gap is vanishing as mothers want schools and businesses to reopen. Michigan men back Trump, as expected, by 3 points. But, shattering precedent, women also do, by 2.1 percent.

RELATED: KrisAnne Hall: Due to FDR’s Monkeying, We Could End Up with President Biden and VP Pence

There is no question that Biden has faded in the stretch. The reliable Des Moines Register poll had him tied with Trump in Iowa in September but now has him trailing the president by 7 points. Almost every other survey shows Trump closing strong, even those who erroneously still have Biden ahead.

Erroneously? These media polls are obviously wrong (as we will see). But is it an error due to stupidity or malice? Are these polls rigged so as to suppress the Trump vote, turning it off because of the perception that Biden has the race locked up?

With upwards of two-thirds of the Biden vote already cast, the vast majority of voters who will stay home tomorrow would have backed Trump.

If the media polls turn out to have been wrong, they should be investigated to see if they erred or deliberately cooked their polls to deceive us.