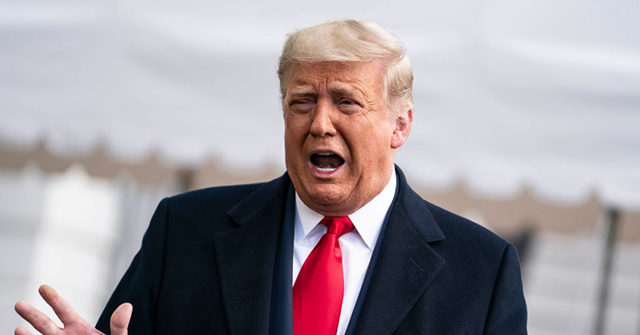 President Donald Trump trails former Vice President Joe Biden by fewer than 12,000 votes in battleground Arizona but remains confident that he can “easily” win the state if officials conduct a statewide audit.

Maricopa County’s latest batch of results showed the president taking 53.4 percent of the 13,143 votes counted and Biden taking 44.3 percent, according to Data Orbital. Biden’s lead stood at 11,635 as of Wednesday evening.

There are 24,738 ballots remaining, 6,715 of which are in Maricopa County. At this point, Trump would need to take 74 percent of the remaining ballots to overtake his Democrat challenger and secure the state’s 11 electoral votes:

However, Trump remains confident that he will “easily” win Arizona if a statewide audit is completed:

While some believe the state should go to a recount, it is very difficult to automatically trigger one in the Grand Canyon State. The margin of victory for races with over 25,000 ballots cast must be 200 or less or within “one-tenth of one percent of the number of votes cast for both such candidates or upon such measures or proposals”:

Arizona Secretary of State Katie Hobbs (D), who once accused Trump of “pandering to his neo-nazi base,” formally rejected a request for an “independent analysis” of voting data in the state, contending that it fuels baseless theories of those who are “seeking to undermine our democratic process for political gain.”

The Campaign to Stamp Out Academic Heresy

Coronavirus Deaths in U.S. May Exceed 500K by February 20

“[President Trump] Had About 80 Million Votes and Biden Had Much...

The Campaign to Stamp Out Academic Heresy

Coronavirus Deaths in U.S. May Exceed 500K by February 20