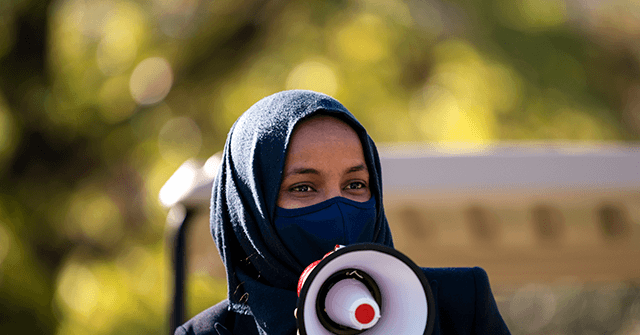 Capehart, who works for the Post’s opinion section, asked Omar what it was like to be personally called out by the president at campaign rallies.

“I mean, it’s one thing to be, to have someone attack your community at large. It’s another thing when that someone is the President of the United States, and he is directly attacking you by name, personally,” Capehart said.

“On a personal level, I have gotten accustomed to standing up to bullies in my life, so on a personal level, it hasn’t really impacted [me] besides my children be[ing] exposed to it,” Omar said. “And for the last two months of this election cycle, waking up every single morning to text messages from my siblings asking if I was safe because he chose to speak about me at every single rally.”

“It didn’t really matter where he was, multiple times in a day, as he had held his Klan rallies throughout the country,” she said.

Omar has had a history of making statements that have put her in hot water. In 2019, she penned an antisemitic tweet saying, “It’s all about the Benjamins, baby,” suggesting that politicians had been paid to support Israel.