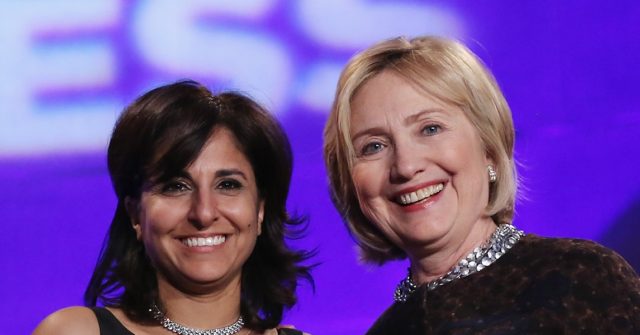 Neera Tanden, Joe Biden’s choice to lead the Office of Management and Budget, once ridiculed the vice president’s chances at running for president in 2015.

“The good thing about a Biden run is that he would make Hillary look so much better. What a mess today,” she wrote in an October 20, 2015 email to Hillary Clinton campaign chairman John Podesta in October.

Tanden was likely referring to Biden’s bumbling attempt to rewrite his advice to former President Barack Obama against launching the raid to kill Osama bin Laden.

That email was included with Podesta’s emails published by Wikileaks during the 2016 election.

Tanden’s email was written just a day before finally Biden announced publically he would not run for president in 2015, making Hillary Clinton’s advisers breathe a sigh of relief.

Podesta and Tanden tracked Biden’s consideration of challenging Clinton in the Democrat presidential primary for 2016.

In August, Podesta confirmed that Biden’s team, which included his son Hunter, Mike Donilon, Steve Ricchetti were making calls to gauge support for the vice president.

“Still can’t figure out whether he’ll rally himself to do it,” Podesta wrote.

Tanden even nervously predicted Biden would announce his run in an interview on Stephen Colbert’s show.

“My prediction,” she wrote in September. “Biden announces his run on Stephen Colbert show. I obviously don’t know anything. But it’s like super ratings push for Colbert. I don’t think he’d take him unless he was making news.”

In September 2015, Podesta asserted Biden would jump into the race and warned that the campaign desperately needed something to boost excitement for Clinton.

“Biden will get in. We are still way more likely than not to win nomination,” he wrote. “We’ve taken on a lot of water that won’t be easy to pump out of the boat … She’s nervous so prepping more and performing better. Got to do something to pump up excitement but not certain how to do that.”