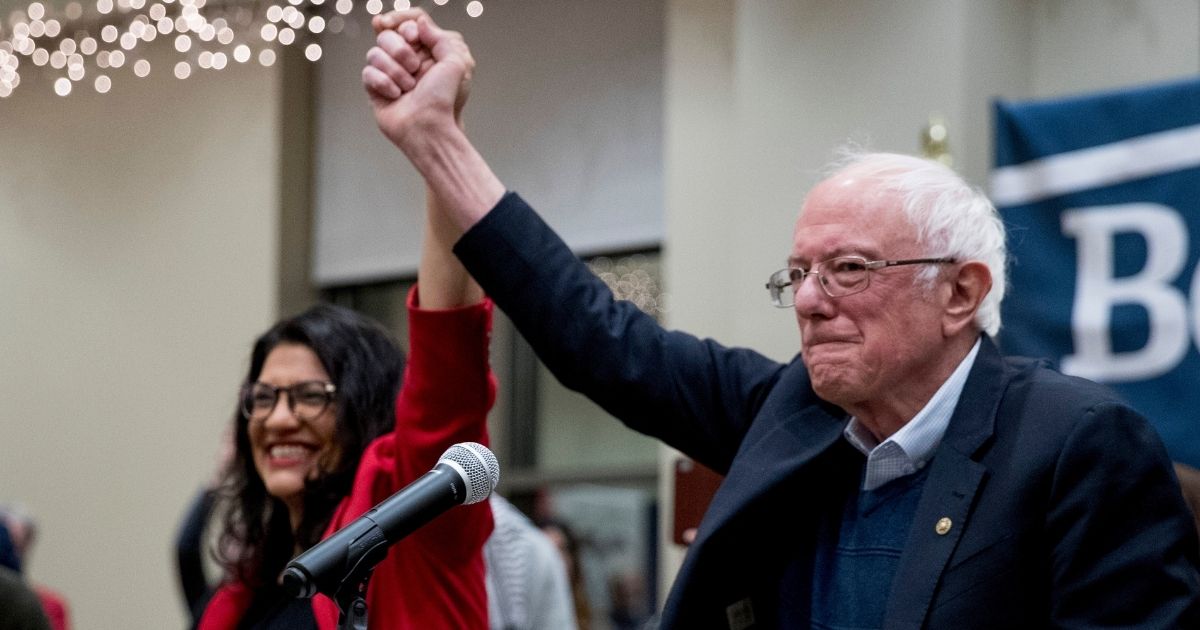 The progressive organizations Justice Democrats and the Sunrise Movement revealed who they want to serve in a Biden administration Cabinet on Wednesday, according to The Hill.

Sens. Bernie Sanders of Vermont and Elizabeth Warren of Massachusetts are the groups’ favorites to serve in top administration positions such as secretary of labor and secretary of the Treasury in the Cabinet of Democrat Joe Biden, the report said.

In addition, they would like to see Minnesota Attorney General Keith Ellison become the U.S. attorney general and Rep. Rashida Talib of Michigan lead the Department of House and Urban Development, The Hill reported.

California Rep. Barbara Lee and Washington state Rep. Pramila Jayapal also are being floated by the organizations for Cabinet posts.

“President-elect Biden must embrace this historic moment by keeping the party united and appointing progressive leaders who will help him usher in the most progressive Democratic administration in generations,” Alexandra Rojas, executive director of Justice Democrats, said, according to The Hill.

“Progressives make up close to half the party in Congress and deserve representation in the next administration,” Rojas said.

The Sunrise Movement, which is focused specifically on climate change, wants a Biden administration to establish a “White House Office of Climate Mobilization.”

Do you think Biden's Cabinet will include leftists?

Anti-Trump Republican and Quibi CEO Meg Whitman is a frontrunner for secretary of commerce, according to Politico.

Debates over potential Cabinet picks are just one part of the ongoing battle within the Democratic Party between the more moderate members and those on the far left.

The former are furious over losing (or almost losing) several House races this election, which led to an explosive Democratic caucus call on Nov. 5.

Virginia Rep. Abigail Spanberger strongly said Democrats “need to not ever use the term ‘socialist’ or ‘socialism’ ever again” and that political extremism almost made her lose her election.

“If we are classifying Tuesday as a success … we will get f—ing torn apart in 2022,” Spanberger reportedly said.

Spanberger on the Dem caucus call: We lost races we shouldn’t have lost.
Defund police almost cost me my race bc of an attack ad.
Don’t say socialism ever again.
Need to get back to basics.
(Is yelling.)

New York Rep. Alexandria Ocasio Cortez, one of the leaders of the party’s far-left faction, snapped back at Spanberger’s comments.

“There are folks running around on TV blaming progressivism for Dem underperformance. I was curious, so I decided to open the hood on struggling campaigns of candidates who are blaming progressives for their problems. Almost all had awful execution on digital. DURING A PANDEMIC,” Ocasio-Cortez tweeted.

There are folks running around on TV blaming progressivism for Dem underperformance.

I was curious, so I decided to open the hood on struggling campaigns of candidates who are blaming progressives for their problems.

Almost all had awful execution on digital. DURING A PANDEMIC.

Without a doubt, progressive Democrats will continue to pressure Biden to enact increasingly leftist policies, regardless of how unpopular or unrealistic they may be.