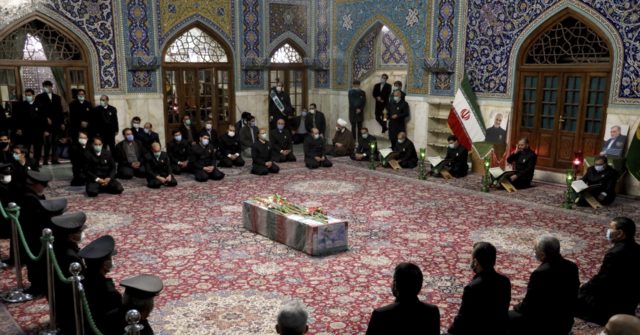 The draft bill calls for the batch of uranium to be produced by the Atomic Energy Organization of Iran (AEOI) and stored inside the country within two months of the law’s adoption.

Press TV quoted Abolfazl Amooei, the spokesman for the Iranian Parliament’s National Security and Foreign Policy Committee, as saying that the plan is designed to “open the locks” placed on Iran’s nuclear program by the international community and “advance the goals of nuclear martyrs such as Mohsen Fakhrizadeh.”

“The country’s nuclear program must proceed according to the needs of our country. When the plan is approved, we expect that it (the nuclear program) will be strengthened and developed, and that this trend will accelerate,” Amooei said during Tuesday’s open parliamentary session.

The draft bill’s proposal aims to make the imposition of sanctions on Iran by the West a “costly” measure, Amooei added.

The law, should it be approved, would also “require the Iranian administration to suspend more commitments under a 2015 multilateral nuclear deal,” Press TV reported, referring to the 2015 Joint Comprehensive Plan of Action (JCPOA).

Iran signed the nuclear agreement in 2015 along with the U.S., U.K., France, Germany, Russia, and China. The accord offered Tehran billions of dollars in sanctions relief if it abided by commitments to curb its nuclear proliferation. Since the JCPOA’s signing, Iran has repeatedly reneged on commitments it made under the pact. U.S. President Donald Trump’s administration exited the JCPOA in 2018 in response to Tehran’s violation of the accord’s terms. Trump’s administration has since reimposed economic sanctions on Iran designed to deter its nuclear proliferation.

The International Atomic Energy Agency (IAEA) revealed on November 11 that Iran has stockpiled an amount of low-enriched uranium twelve times greater than the legal limit allowed under the 2015 JCPOA. According to the IAEA, Iran has continued to enrich uranium to a purity of up to 4.5 percent, which is in violation of the 3.67 percent threshold allowed under the JCPOA.