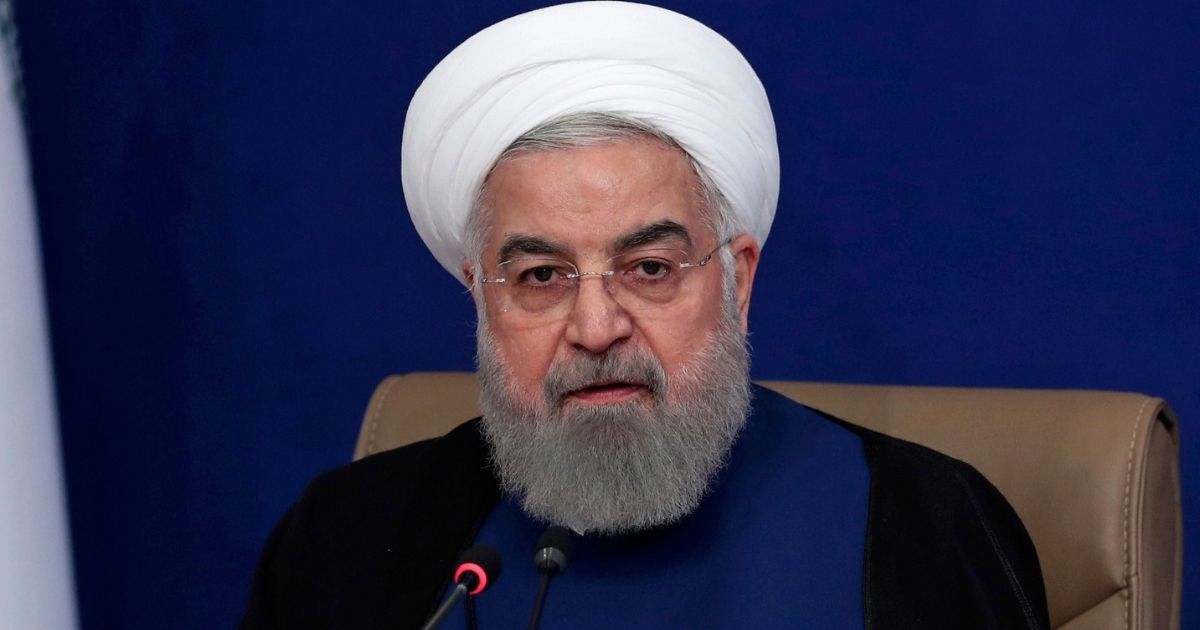 Iran is still technically in a nuclear deal. It might be hard to tell since, after the Trump administration pulled America out of the 2015 agreement — known officially as the Joint Comprehensive Plan of Action — Iran has been more or less pretending like the pact barely exists at all and that its responsibilities to other signatories are moot.

Further confirmation came last week when The Wall Street Journal first reported Iran had stockpiled over 12 times the amount of low-enriched uranium the JCPOA permitted it to have.

A report from the United Nations’ atomic watchdog agency obtained by The Journal also indicated Iran was continuing with its nuclear research and was looking to accelerate its stockpile of uranium.

“In its latest quarterly report, sent to member states and seen by The Wall Street Journal, the International Atomic Energy Agency said Iran had now accumulated a low-enriched uranium stockpile of 2,443 kilograms. That compares with a limit of 203 kg under the nuclear deal,” the outlet reported Wednesday.

The report also detailed inadequate explanations for uranium the Iranian regime says it discovered at a site that Western countries thought was used to store nuclear material and equipment for a weapons program from the 1990s and 2000s.

A letter from the IAEA to Iran, detailed in the report, said the Islamic Republic’s account of how the material was found was “not technically credible.”

“In a footnote to the report, it said the material found at the site was similar to traces found on centrifuges imported into Iran by Pakistan, as detailed in a report in 2008,” The Journal reported.

Former Biden aide Amos Hochstein, for one, told Israeli television Nov. 8 that returning to the deal is “high on [Biden’s] agenda.”

Should the U.S. re-enter into the Iran nuclear deal?

“I believe that in the first months [of his presidency], we’ll either see him rejoin the deal fully, or what I would call ‘JCPOA-minus,’ meaning lifting sanctions in exchange for suspending some of the Iranian nuclear programs [developed] in the past three years,” Hochstein said, according to the Times of Israel.

However, he said Biden would demand “some changes.”

This would include the sunset provision for the deal, widely seen as the biggest failure of the first agreement; under the deal, Iran could return to stockpiling uranium as early as 2030, meaning the JCPOA did little but offer Iran massive sanctions relief in order to kick the can further down the road.

In addition, Axios noted a return to the deal by the United States would be opposed by three countries: Israel, the United Arab Emirates and Saudi Arabia.

All three nations believe the JCPOA does nothing to counter the biggest threats from Iran: its proxy forces in countries such as Yemen and Lebanon, its missile program and its regional ambitions.

RELATED: Twitter CEO Says Holocaust Denial Is Not Misinformation, but NY Post Gets Locked Out for Damning Biden Story

If Biden wants to make “some changes,” as Hochstein said, he’ll also have to contend with the fact Iran wants to make changes of its own — most of which run counter to the U.S. desire to make the deal tighter.

On Nov. 8, the day after the American mainstream media declared the presidential race for Biden, Iranian President Hassan Rouhani said he’d be willing to let the Americans back into the deal provided there was remuneration.

“Now, an opportunity has come up for the next U.S. administration to compensate for past mistakes and return to the path of complying with international agreements through respect of international norms,” Rouhani said through Iranian state media, according to The Associated Press.

“The people of Iran, though their heroic resistance against the imposed economic war, proved that the U.S. maximum pressure policy was doomed to fail,” Rouhani said, adding that Iran “considers constructive engagement with the world as a strategy.”

While some have argued the reimposition of sanctions by the Trump administration can be effectively circumvented by the Iranians — The Washington Post reported Monday that Iran was not-so-secretly shipping oil abroad — the general consensus is the strategy has been crippling, with Iran’s gross domestic product contracting 7.59 percent in 2019.

The Trump administration unveiled a new set of sanctions against Iran before the election.

But it’s still supposed to be in the deal, right? Well, after the United States pulled out, Iran has used its violations of the JCPOA to get the other P5+1 signatories — China, France, Russia and the United Kingdom, plus Germany — to pressure the United States into removing the sanctions and coming back to the flawed agreement.

And keep in mind, while Rouhani is demanding remuneration and apologies from the United States, he’s actually among Iran’s moderates.

The hardline faction won big in parliamentary elections earlier this year, not a good portent for next year’s presidential elections.

Rouhani is ineligible for another term, and a repeat of the parliamentary polls would mean dealing with an even more belligerent Iranian president, one who clearly won’t be willing to fix what’s wrong with the deal — if he even abides by it.

Iran can’t be trusted to live up to its promises now. Returning to the deal would be an abject failure of American foreign policy — not without Iran in compliance, willing to accept tighter checks on its compliance and ready to fix what doomed the deal in the first place.