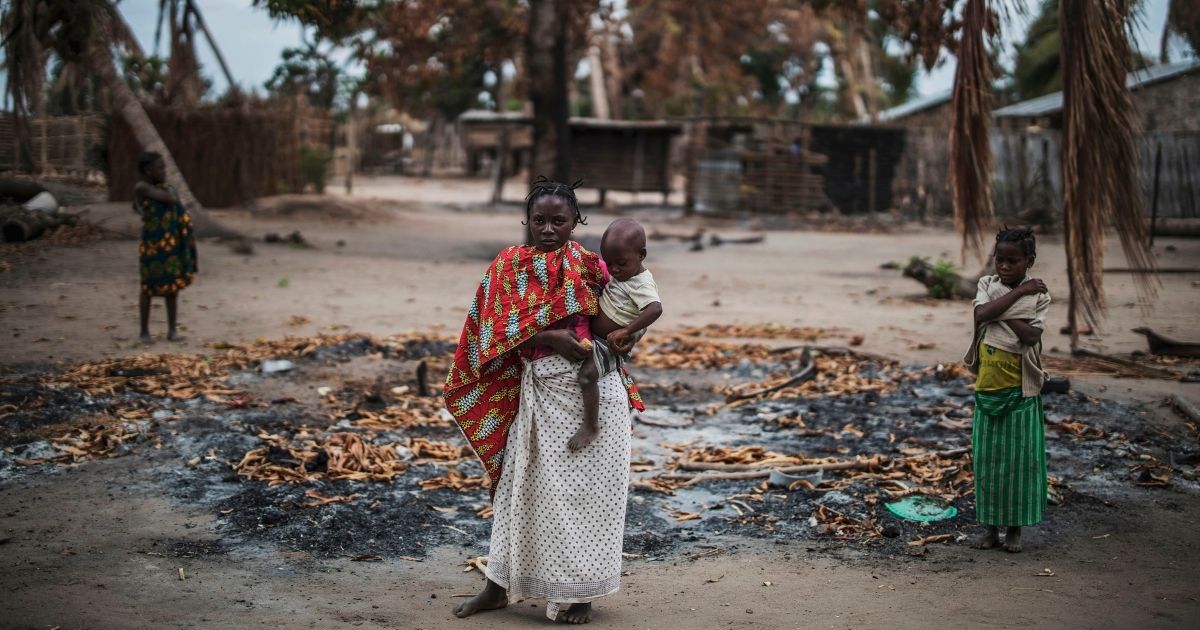 Terrorists linked to the Islamic State terror group beheaded over 50 people in Mozambique during a weekend killing spree in which they reportedly turned a soccer field into an “execution ground.”

“They burned the houses then went after the population who had fled to the woods and started with their macabre actions,” Rafael said.

In the village of Muatide, where more than 50 people were beheaded, terrorists led residents to a soccer field then killed and dismembered them, local media reported.

“The militants turned a football pitch … into an ‘execution ground,'” the BBC reported, citing local reports, “where they decapitated and chopped bodies.”

Several other people were also decapitated in a separate attack on a nearby village, according to the outlet.

The beheadings are the latest in a series of attacks carried about by militants in the Cabo Delgado province since 2017.

About 2,000 people have been killed and 430,000 have been left homeless during the conflict.

Do you think foreign governments should get involved in this conflict?

The militants call themselves “al-Shabab” and last year pledged allegiance to the Islamic State group, according to the New York Post.

The Islamic militants reportedly want to establish a new caliphate in southern Africa, The Times in London reported.

Some analysts told Al Jazeera that poverty and not jihad could be the driving force behind these attacks.

A BBC reporter said that the latest attacks were probably the worst carried out and have led people to call for a peaceful resolution.

Over 50 people were beheaded or shot dead in an attack in April in Cabo Delgado.

Earlier in November, nine people were beheaded in the province.

The Mozambique government has appealed for international help to curb the conflict and says its military needs specialized training to get rid of the terrorists.

However, human rights groups say that the Mozambican security forces have also carried out human rights abuses — including arbitrary arrests and torture — in their attempts to bring peace to the region.

United Kingdom Foreign Secretary Dominic Raab tweeted Tuesday that his nation was “appalled” by the recent reports of the attacks.

The UK is appalled by reports of the beheading of dozens of civilians in Cabo Delgado province. This is part of a pattern of escalating attacks in north-east Mozambique. We remain in close contact with the Mozambican 🇲🇿 authorities to tackle the root causes of conflict.

“This is part of a pattern of escalating attacks in north-east Mozambique,” he tweeted.

“We remain in close contact with the Mozambican authorities to tackle the root causes of conflict.”

California deviates from CDC; masks stay on until June 15