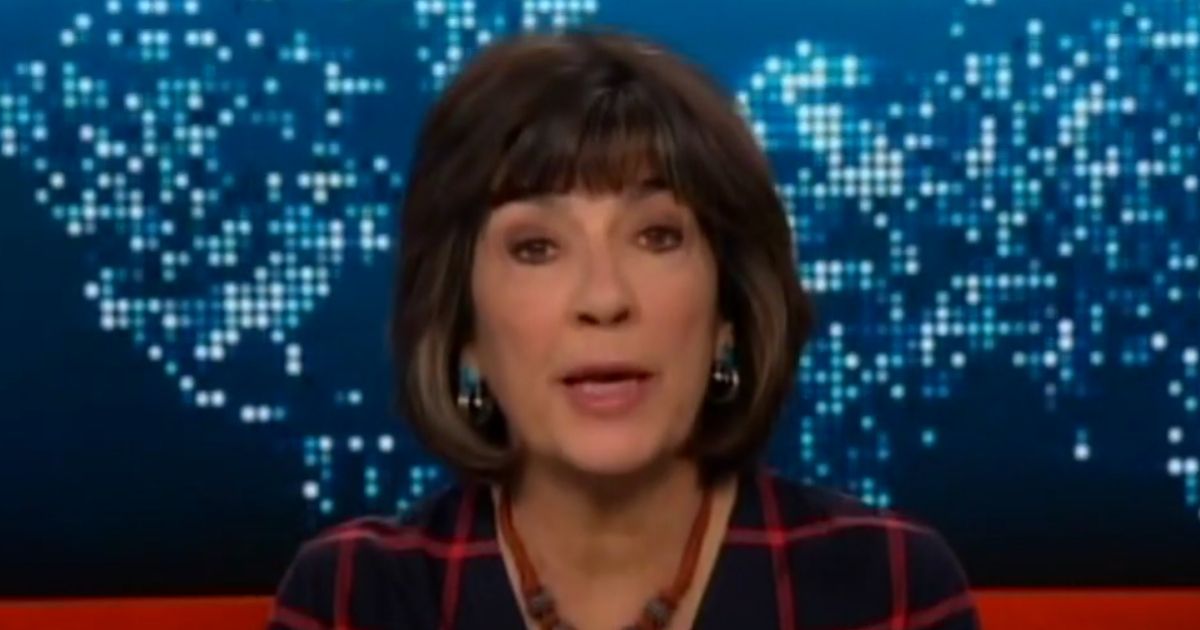 Officials in the Israeli government are calling for an apology from CNN’s Christiane Amanpour after the network anchor compared President Donald Trump’s term in office to Nazi Germanys’ notorious assault on European country’s Jews last week.

“This week, 82 years ago, Kristallnacht happened,” Amanpour said on the network last Thursday, “It was the Nazis’ warning shot across the bow of our human civilization that led to genocide against a whole identity, and in that tower of burning books, it led to an attack on fact, knowledge, history, and truth.”

The CNN reporter added, “After four years of a modern-day assault on those same values by Donald Trump, the Biden/Harris team pledges a return to norms, including the truth.”

“And every day Joe Biden makes presidential announcements about good governance and the health and security of the American people, while the great, brooding figure of his defeated opponent rages, conducting purges of perceived enemies and preventing a transition,” she concluded.

Amanpour quickly took flak online over the false equivalency, which many argued made light of the suffering of Jews during one of the world’s darkest chapters.

Now, The Times of Israel reported, some government officials in Israel are demanding an apology.

Omer Yankelevich, the Diaspora Affairs Minister, sent CNN president Jeff Zucker a letter Sunday asking for an apology from a public apology from Amanpour over the “unacceptable comparison” she made about Trump and Kristallnacht.

The letter reportedly stated, “We find hereby the false equivalence made between the actions of a sitting US president and the atrocities of the Kristallnacht pogroms which were carried out by the Nazis eighty-two years ago belittling of the immense tragedy of the Holocaust.”

Do you think CNN will apologize for Amanpour's comments?

Yankelevich went on to write that Kristallnacht is regarded as a “central starting point of the Holocaust,” and accused Amanpour of downplaying the “unique importance of the Holocaust” with her politicization of Nazi Germany’s 20th Century systemic slaughter of Jews.

“Distortion and minimization of the Holocaust are deplorable lies that only encourage the evil voices of anti-Semitism. Employing the memory of the Holocaust for cheap shock value and to further a political agenda is a deeply troubling and offensive spin of historic and moral truths with dangerous implications,” the letter from Yankelevich also said.

The woman went on to accuse the network of fanning the flames of anti-Semitism.

Anat Sultan-Dadon, Israel’s consul-general to Atlanta, also sent a letter to the network.

In the letter addressed to CNN executive vice president of News Standards and Practices Richard Davis, Sultan-Dadon said she felt a sense of “dismay.”

RELATED: Franklin Graham Has Perfect Response To CNN Host's Suggestion That Christmas Will Not Be Possible This Year

“The use of the 82nd anniversary of Kristallnacht by Amanpour for the purpose of this comparison is an affront to the memory of the Holocaust, those who perished and those who suffered through these unimaginable atrocities,” Sultan-Dadon wrote.

She concluded the Israeli consulate was “sincerely disappointed” with both CNN and Amanpour.

Neither CNN nor its high-profile anchor had addressed the controversy or issued an apology as of Monday morning.