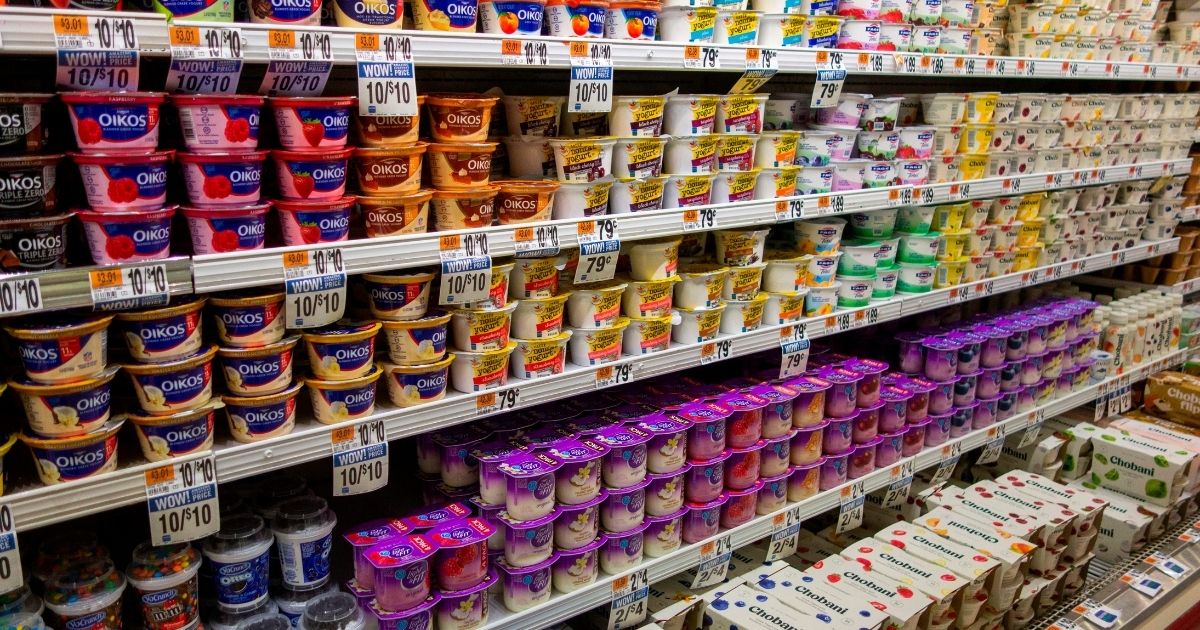 I ate strawberry yogurt and it made me feel uneasy.

Apparently, I took one small step for man but one giant leap for mankind. Not because of the flavor — which came as close to the likes of strawberry as my prose comes to that of Cervantes — but because of the label on the package.

I thought I was just having a snack, but then again I have always been somewhat naive. In fact, I have been promoting a kind of New World Order. Now even yogurt is 50 percent milk and 50 percent ideology.

Let’s see. I took a good look at the yogurt label. It started off informing me that I was contributing to a farming method that makes cows happy, which is very odd. It doesn’t seem like a bad thing to me, but to be honest, I had other priorities for today. I don’t know. I imagine that on the happy ranch the veal fillets are served up dying of laughter. That would be enough to give me a heart attack.

Then, in the fine print, I saw that with my harmless yogurt purchase I was also collaborating with the 2030 Agenda, including investing in policies against climate change and in support of multiculturalism and feminism, which translates into supporting ruinous industries, dissolving Christian morality in a pro-Islamic magma and making girls believe that all men are abusers by the mere fact that we are born with a different anatomy.

If I had known all that earlier, I would have gone with a gin and tonic, which for now does not cooperate with anything other than the 2030 Agenda of my general practitioner, which is to remove my liver at 40 regardless of whether I’m happy.

It’s no longer a secret. When you go to a store and buy any product, you are endorsing a lot of outlandish things without knowing it.

Some are worse and some are better, but they all speak the same language: that of cultural Marxism. Or if you prefer, that of Kamala Harris. Which is a very peculiar language, that has the peculiarity of going from her mouth to the taxpayers’ pocket without having to go through the ear.

Apple devotes immense resources to fighting climate change. Microsoft embraces the language of radical feminism. At Amazon, everything is sustainability, as if it were a shop that sells hangers. At SC Johnson they never stop lecturing us about plastic, as if their millions of products have been sold in clay pots for over a century.

Do you think cultural Marxism has taken over the corporate world?

Samsung, Nestlé and others are working tirelessly to advance the UN Millennium Goals, which appear to have been drafted by George Soros. And Facebook, Twitter and other tech companies never miss an opportunity to support each of the left’s initiatives, blasting a special hatred toward the traditional family and capitalism that has allowed them to jump from the grungy garage to the most luxurious buildings in the world.

On the Coca-Cola website, after a long green-feminist speech, they say: “There is a long way to go and we are not going to stop until we get there.” And I’m not sure if they are well wishes for Christmas or a threat.

Many large companies are also donors to the powerful multinational abortion company that has made an immense fortune massacring babies without anyone being chained to their doors with Palestinian handkerchiefs tied around their necks, or BLM posters. Black lives matter a lot, unless they are less than a year old.

Where in heaven’s name are the conservatives in the large companies of the world? Undoubtedly, on the income statement, it’s one thing for CEOs to be very supportive and diverse and another thing for them to be imbeciles and like to pay taxes. They are satisfied with supporting the government as being the one that crushes us with green taxes.

RELATED: Tim Graham: For Warnock, You Can’t Serve God and the Military, But God and Planned Parenthood Are Fine

None. Or at least none of the big ones. They have assumed that we conservatives will always be there, that we are more faithful. More conservative, as the name suggests. And that we will swallow whatever it is before changing brands of yogurt, clothing or deodorant.

And yes, I admit it. I am one of those guys who would rather die than change. But don’t force me to stop using deodorant either. First, notice.