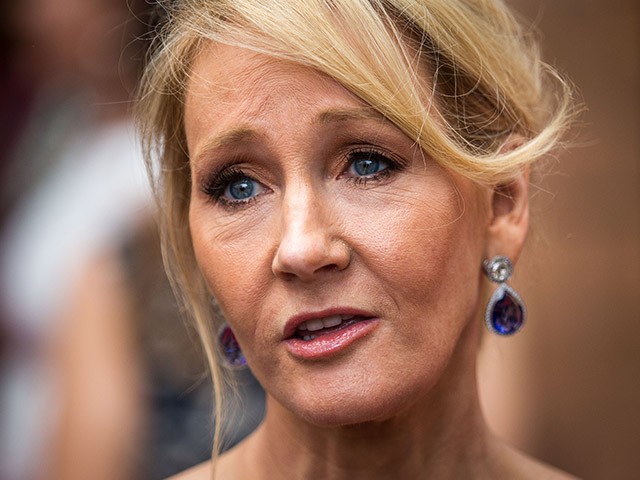 J.K. Rowling has won hearts around the world for her Harry Potter series, but during the orchestrated celebration of Transgender Awareness Week, the attacks against her are surfacing again based on comments she made in support of protecting women’s rights from being destroyed by the radical transgender ideology.

Rowling, like a growing coalition of feminists and conservative advocates for women, spoke out about the transgender ideology that strips women of a female identity that recognizes their biology, gags women’s speech against the male-led transgender ideology; denies women their right to safe, single-sex spaces; and protects the integrity of female athletics.

In December 2019, Rowling tweeted support for Maya Forstater, a U.K. tax expert who lost her job after tweeting that “men cannot change into women.”

Despite the statement being scientifically true, Rowlings was demonized for her tweet and also for another social media post about some advancing the “people who menstruate” idea that claims men who live as women have periods — so all people have periods.

“People who menstruate,” Rowling tweeted. “I’m sure there used to be a word for those people. Someone help me out. Wumben? Wimpund? Woomud?”

‘People who menstruate.’ I’m sure there used to be a word for those people. Someone help me out. Wumben? Wimpund? Woomud?

The renewed criticism of Rowling includes a student at Johns Hopkins University — ironically one of the foremost U.S. institutions of science and medicine — who slammed the author in a student newspaper commentary:

When faced once again with backlash, Rowling doubled down. She tweeted that she supports trans women but wants to defend the truth of being female. She later published an essay detailing her reasons for speaking out, which was poorly received.

As a result, Rowling’s legacy has been irreparably tarnished (for good reason). During Transgender Awareness Week, it is worth reconsidering exactly why she has fallen so far.

Senior Jillian Hesler, co-president of the University’s Diverse Sexuality and Gender Alliance, is not a huge fan of Harry Potter themself. However, they felt that a fantasy author should be aware of who her stories influence.

“Fantasy, in particular, can act as a bastion for a lot of kids who don’t align with social norms or don’t feel like they fit in,” [she] wrote in an email to The News-Letter. “It’s just such a slap in the face to people who used those books as an escape at any point in their lives.”

“If you don’t even have enough imagination and consideration to not be a bigot, then you definitely shouldn’t be writing a fantasy novel,” [she] wrote.

The controversy inspired Rowling to write an essay about the issue, for which she was also criticized, because she directly addressed how the “transgender” ideology hurts women.

The essay, published in June 2019, explains how she became interested in “gender identity” and she writes, in part:

What I didn’t expect in the aftermath of my cancellation was the avalanche of emails and letters that came showering down upon me, the overwhelming majority of which were positive, grateful and supportive. They came from a cross-section of kind, empathetic and intelligent people, some of them working in fields dealing with gender dysphoria and trans people, who’re all deeply concerned about the way a socio-political concept is influencing politics, medical practice and safeguarding. They’re worried about the dangers to young people, gay people and about the erosion of women’s and girl’s rights.

If you didn’t already know – and why should you? – ‘TERF’ is an acronym coined by trans activists, which stands for Trans-Exclusionary Radical Feminist. In practice, a huge and diverse cross-section of women are currently being called TERFs and the vast majority have never been radical feminists. Examples of so-called TERFs range from the mother of a gay child who was afraid their child wanted to transition to escape homophobic bullying, to a hitherto totally unfeminist older lady who’s vowed never to visit Marks & Spencer again because they’re allowing any man who says they identify as a woman into the women’s changing rooms. Ironically, radical feminists aren’t even trans-exclusionary – they include trans men in their feminism, because they were born women.

But accusations of TERFery have been sufficient to intimidate many people, institutions and organisations I once admired, who’re cowering before the tactics of the playground. ‘They’ll call us transphobic!’ ‘They’ll say I hate trans people!’ What next, they’ll say you’ve got fleas? Speaking as a biological woman, a lot of people in positions of power really need to grow a pair (which is doubtless literally possible, according to the kind of people who argue that clownfish prove humans aren’t a dimorphic species).

Rowling goes on to explain why she wrote the essay, including her charitable work to help children and women in Scotland because

…it’s been clear to me for a while that the new trans activism is having (or is likely to have, if all its demands are met) a significant impact on many of the causes I support, because it’s pushing to erode the legal definition of sex and replace it with gender.

I’m concerned about the huge explosion in young women wishing to transition and also about the increasing numbers who seem to be detransitioning (returning to their original sex), because they regret taking steps that have, in some cases, altered their bodies irrevocably, and taken away their fertility. Some say they decided to transition after realizing they were same-sex attracted, and that transitioning was partly driven by homophobia, either in society or in their families.

Rowling also pushes back on the idea that just accepting the “transgender” ideology is enough:

It isn’t enough for women to be trans allies. Women must accept and admit that there is no material difference between trans women and themselves. But, as many women have said before me, ‘woman’ is not a costume. ‘Woman’ is not an idea in a man’s head. ‘Woman’ is not a pink brain, a liking for Jimmy Choos or any of the other sexist ideas now somehow touted as progressive. Moreover, the ‘inclusive’ language that calls female people ‘menstruators’ and ‘people with vulvas’ strikes many women as dehumanizing and demeaning. I understand why trans activists consider this language to be appropriate and kind, but for those of us who’ve had degrading slurs spat at us by violent men, it’s not neutral, it’s hostile and alienating.

Rowling reveals in the essay that she is a domestic abuse and sexual assault survivor, which has influenced her advocacy for women’s rights.

“I’m mentioning these things now not in an attempt to garner sympathy, but out of solidarity with the huge numbers of women who have histories like mine, who’ve been slurred as bigots for having concerns around single-sex spaces,” Rowling wrote.

Rowling expressed support for all people in the essay, including those who claim the “transgender” label. But she also concludes that speaking out in favor of women can be frightening in the current culture.

“Huge numbers of women are justifiably terrified by the trans activists; I know this because so many have got in touch with me to tell their stories,”she wrote. “They’re afraid of doxxing, of losing their jobs or their livelihoods, and of violence.

“But endlessly unpleasant as its constant targeting of me has been, I refuse to bow down to a movement that I believe is doing demonstrable harm in seeking to erode ‘woman’ as a political and biological class and offering cover to predators like few before it.”