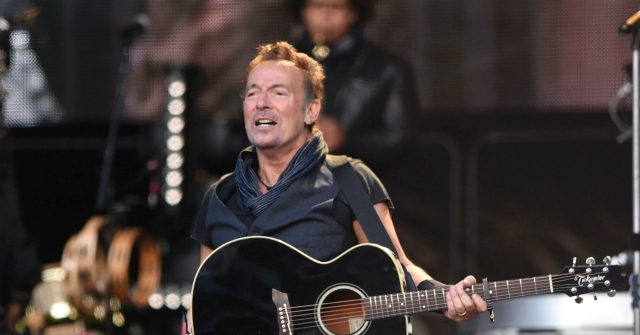 Jeep has officially paused its Bruce Springsteen ad campaign that aired during the Super Bowl following the revelation that the pro-Biden rock singer was arrested for drunk driving in November.

A spokeswoman for Jeep confirmed to CNBC that the entire campaign is on hold.

“It would be inappropriate for us to comment on the details of a matter we have only read about and we cannot substantiate,” a Jeep spokeswoman said in a statement to the cable network. “But it’s also right that we pause our Big Game commercial until the actual facts can be established. Its message of community and unity is as relevant as ever. As is the message that drinking and driving can never be condoned.”

The commercial debuted Sunday during the Super Bowl LV broadcast and has been seen by millions of additional viewers on YouTube. On Wednesday, the commercial was pulled from YouTube and other online platforms after news broke about Springsteen’s arrest.

New Jersey authorities confirmed Wednesday that Springsteen was arrested in November and faces charges including DWI, reckless driving, and consuming alcohol in a closed area.

The arrest took place at the Gateway National Recreation Area in Sandy Hook, New Jersey. Authorities said that Springsteen was cooperative during the arrest.

Mothers Against Drunk Driving has blasted state authorities for failing to reveal the arrest prior to the Super Bowl on Sunday, when tens of millions of football fans saw the high-profile commercial. The advocacy group said that the many victims of drunk driving “deserve better.”

In Jeeps’ two-minute Super Bowl commercial, titled “The Middle,” Springsteen pushes for political unity and reconciliation, urging Americans to come together in the political “middle.”

It represented a change of tune for the singer who repeatedly trashed Donald Trump during last year’s presidential race, saying that he would leave the country if the president were re-elected. The rocker also teamed up with left-wing activist and novelist Don Winslow on a viral video that used the discredited “suckers” and “losers” story from The Atlantic to smear the president.

Jeep hyped the commercial in the days leading up to the Super Bowl, with numerous news outlets promoting the the spot in advance of the broadcast.