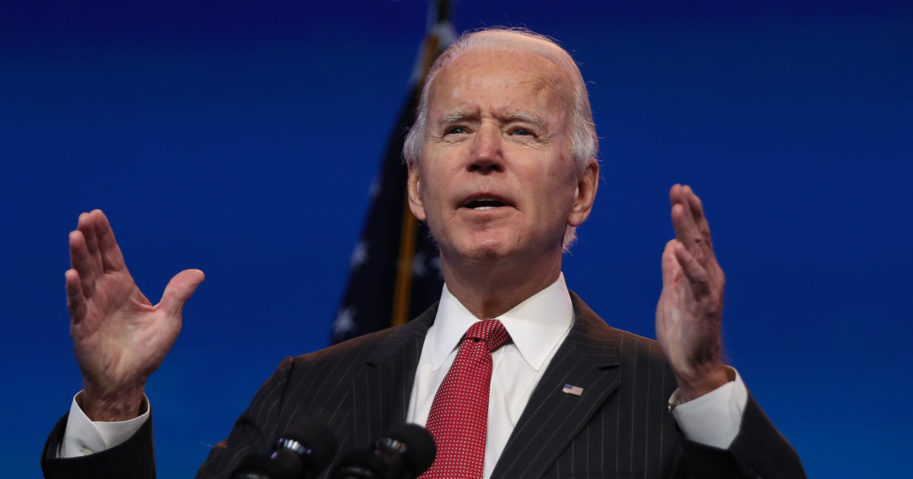 Presumptive President-elect Joe Biden marked “Transgender Day of Remembrance” with a statement on Friday, promising to listen to and fight for the transgender community.

Biden said 2020 has been “the most violent year on record” for the transgender community.

“At least 37 transgender and gender-nonconforming people have been killed this year, most of them Black and Brown transgender women. It’s intolerable,” Biden tweeted.

“On Transgender Day of Remembrance, we honor their lives — and recommit to the work that remains to ensure that every transgender and gender-nonconforming person in America has the opportunity to live authentically, earn a living wage, and be treated with dignity and respect in their communities and workplaces,” Biden added in a statement, according to The Hill.

To transgender and gender-nonconforming people across America and around the world: from the moment I am sworn in as president, know that my administration will see you, listen to you, and fight for not only your safety but also the dignity and justice you have been denied.

TRENDING: Victor Davis Hanson: If Trump Is Playing Politics with COVID, It Doesn't Hold a Candle to What Dems Have Done

Transgender Day of Remembrance is an annual observance held on Nov. 20 to honor “the memory of transgender people whose lives were lost in acts of anti-transgender violence,” according to GLAAD.

Data analysis released by Everytown for Gun Safety ahead of this year’s observance revealed that 2020 could be the deadliest year for the transgender and gender non-conforming community, CBS News reported.

The gun violence prevention advocacy group tracked 29 deaths so far this year, four more than the 25 killings it tracked in 2019.

Do you think Biden has gone too far in his support?

The last time transgender killings were that high was when Everytown for Gun Safety started tracking the deaths in 2017, and three-fourths of the victims since 2017 were killed with guns.

“Guns don’t cause homophobia or transphobia, but they make that hate more deadly.”

The Human Rights Campaign, an LGBT advocacy organization, said that 2020 has been the deadliest year for the community since it started tracking fatalities in 2013.

According to the advocacy group, at least 37 transgender or gender non-conforming people were fatally shot or killed by other violent means.

RELATED: Obama: ‘We Could Always Send the Navy SEALS in' To Remove Trump from White House

“Transgender rights are human rights,” Biden said, according to The Hill.

“To transgender and gender-nonconforming people across America and around the world: from the moment I am sworn in as president of the United States, know that my administration will see you, listen to you, and fight for not only your safety but also the dignity and justice you have been denied.”

Presumptive Vice President-Elect Kamala Harris also marked the day to remember the people who have died this year in a statement on Twitter.

“Today and every day we must recommit to ending this epidemic,” she tweeted.