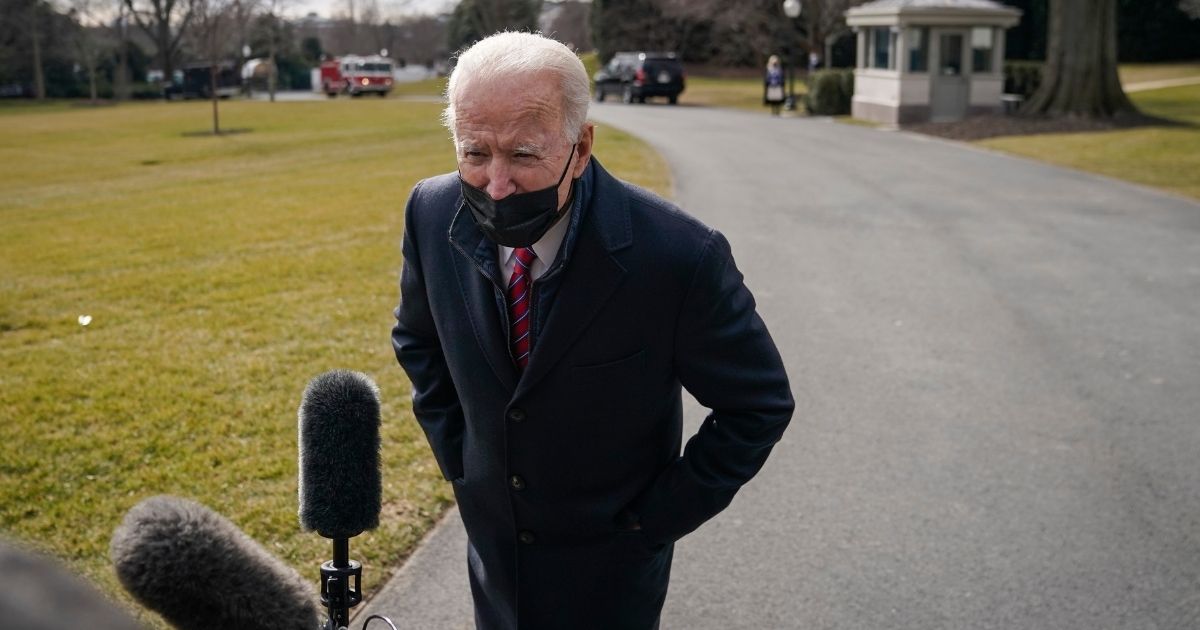 As Black History Month began, President Joe Biden once again repeated the lie that the United States is systemically racist.

We’ve never fully lived up to the founding principles of this nation, but our Administration is committed to finishing the work left undone. It’s long past time to confront deep racial inequities and systemic racism and fulfill the promise of America for all. #BlackHistoryMonth

“We’ve never fully lived up to the founding principles of this nation, but our Administration is committed to finishing the work left undone,” he tweeted Monday.

This is at least the third time that Biden has made this claim. Just a week ago, he made almost the same statement when signing some of his many executive orders.

“We have never fully lived up to the founding principles of this nation, to state the obvious, that all people are created equal and have a right to be treated equally throughout their lives,” he said in the White House.

Before that, Biden had made similar claims with videos and statements throughout his campaign.

America was an idea. We’ve never lived up to it but we’ve never walked away from it before.https://t.co/VRCnKI0rfQ pic.twitter.com/xLuhhGyJVp

As stated in the above video, Biden thinks we need to teach our children “what actually did happen” with regard to the history of slavery, which has been taught in schools for many generations.

Do you think Joe Biden’s positions on race are hypocritical?

One of the executive orders Biden signed was to rescind former President Donald Trump’s 1776 commission, the New York Post reported. The commission, which was formed in response to The New York Times’ flawed 1619 Project, had been a target of leftists who claimed Trump was trying to rewrite history.

In reality, it was the 1619 project itself that was pushing misleading information.

Nikole Hannah-Jones, the project’s founder, claimed in her introductory essay that “one of the primary reasons some of the colonists decided to declare their independence from Britain was because they wanted to protect the institution of slavery.”

This claim is simply untrue, as many people have pointed out. One of those people was Northwestern University historian Leslie Harris, who told Reason that the 1619 Project ignored her dispute.

“Far from being fought to preserve slavery, the Revolutionary War became a primary disrupter of slavery in the North American Colonies,” she said.

“Despite my advice, the Times published the incorrect statement about the American Revolution anyway, in Hannah-Jones’ introductory essay.”

If Biden wants to tell our kids the truth, the 1619 Project certainly does not accomplish that goal.

Sadly, this is not the only lie Biden is pushing with his rhetoric. He also rescinded a Trump ban on programs that teach critical race theory to federal contractors.

When Trump signed the order, Office of Management and Budget Director Russell Vought explained the reasoning, according to the New York Post.

“The President has directed me to ensure that Federal agencies cease and desist from using taxpayer dollars to fund these divisive, un-American propaganda training sessions,” Vought said.

He went on to explain that the types of programs being banned were training people to believe statements like “virtually all White people contribute to racism” and admit that they “benefit from racism.”

In rescinding both the 1776 Commission and the ban on critical race theory training, Biden has announced that he cares more about faulty liberal ideas than he does about facts.

It is not clear that all or even most white people are racist or benefit from racism. It is certainly not true that America is systemically racist as a country.

The United States abolished slavery almost 160 years ago. We banned laws that discriminate based on race decades ago. Insofar as the law, America is one of the least racist countries in the world.

Someone should tell the president that preaching unity and “toned-down” rhetoric side-by-side with systemic racism isn’t a very good look.