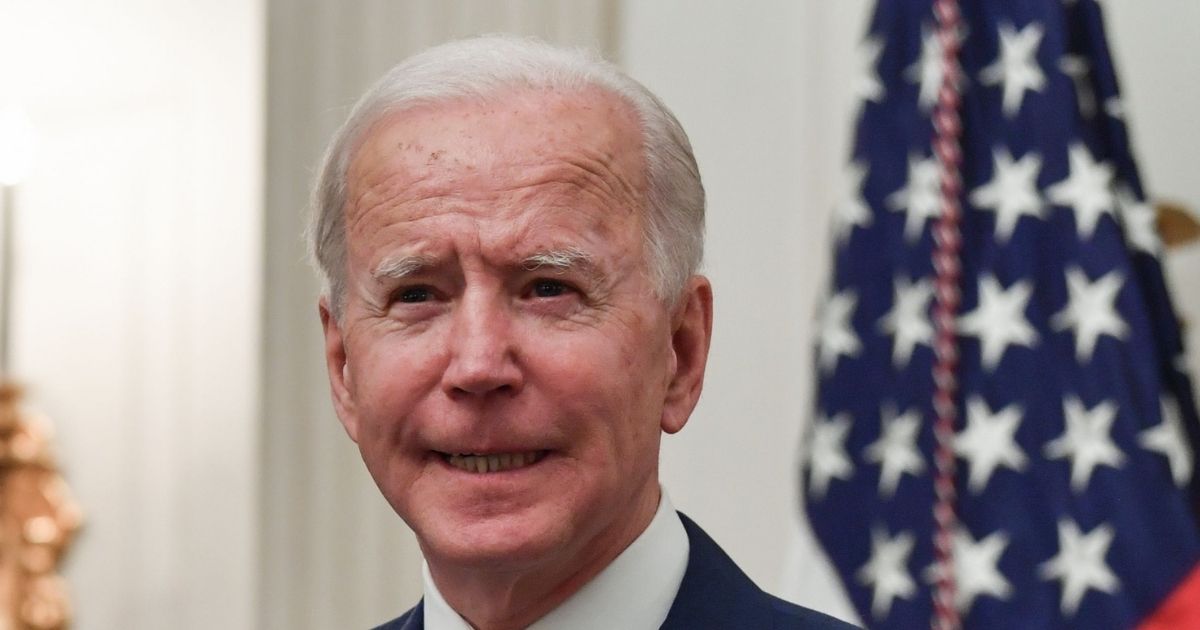 Joe Biden’s first days in office have been disastrous — and that’s putting it lightly.

Many of the Americans who voted for the career politician were hoping he would take a more moderate stance in terms of policy and agenda.

It didn’t take long for Biden to prove he is nothing more than a puppet for the far-left’s radical agenda.

Despite once claiming only a dictator would rely on executive orders, Biden signed a record-shattering 30 executive orders in first first three days alone, helping facilitate the government’s speedy transition towards his utterly disastrous agenda.

It’s certainly hard to boil down every single error Biden has made so far — given how plentiful those errors have been — but here are the five worst decisions our new president has already made.

TRENDING: CNN Analyst Exposes What Democrats Are Really Doing Behind Biden’s Back

With a few simple strokes of his presidential pen, Biden destroyed thousands of American jobs, all in the name of preventing the impending doom that he believes to be climate change.

By signing an executive order to rescind the permit for TC Energy to build the Keystone XL pipeline, the president effectively erased 11,000 jobs, 8,000 of those being union positions.

In addition to that, Biden is expected to announce a wide-ranging moratorium on new oil and gas leasing on U.S. lands, which would add many more American jobs to the already lengthy list of casualties.

Is Joe Biden a unifying figure?

In reality, although climate change is a very real phenomenon, destroying these jobs is not the best way to solve it.

As Senior Contributor David Blackmon of Forbes pointed out, attacking the Keystone XL pipeline specifically is especially nonsensical given the pipeline’s commitment to all-renewable energy.

“The question that too few, if any, in the news media will ask the new President is, why? Why would a President who likes to portray himself as a champion of the environment move to cancel a pipeline that has pledged to turn itself into America’s first all-renewable energy interstate/international pipeline system?” Blackmon wrote.

Along with the economic devastation, Biden’s harmful policies are also defiling the social fabric of American society.

Not only would this allow any man who identifies as a woman into female bathrooms, shelters and other protected spaces, it would also allow them to compete in women’s sports, despite the many biological advantages men have when it comes to athletic achievement.

There have already been numerous examples of transgender athletes dominating women’s competitions.

If this trend continues and Biden gets what he wants, eventually women won’t have the same access to obtaining athletic recognition, accolades, college scholarships or any of the other benefits that sports provide.

Instead, in the end, biological men will eventually dominate both men and women’s sports.

Despite promising to be the president of unity, Biden is very much following in the footsteps of his former running mate, Barrack Obama, by actively inflaming racial tensions between the white and black community in America.

Following the Capitol incursion on Jan. 6, Biden, then the soon-to-be leader of the free world, suggested that if the crowd who breached the Capitol had been black, they would have been massacred.

“No one can tell me that if it had been a group of Black Lives Matter protesting yesterday, there wouldn’t — they wouldn’t have been treated very, very differently than the mob of thugs that stormed the Capitol,” Biden said.

35-year-old Ashli Babbit was killed by a Capitol Police officer during the incursion and as many as 52 other rioters have been jailed as well.

Here are BLM rioters destroying a Minneapolis police precinct and not getting shot, tear gassed, or thrown in an unmarked police van. #MakesYaThink pic.twitter.com/nXvSpfwm5j

This divisive, racial rhetoric has continued since the president entered office. More specifically, the White House has repeatedly claimed that the president’s COVID distribution plan will be aimed at achieving “equity” through targeting minority communities.

Equity is central to our COVID-19 response. And, our administration will ensure that vaccinations are distributed equitably and to hard-to-reach, marginalized and medically-underserved communities.

In reality, the distribution should be targeted at helping the old and the sick — two of the most at-risk populations.

By clamoring on about equity, Biden’s administration is valuing skin color over human lives, which only further serves to ramp up the country’s heated racial tensions.

Thanks to Biden, American taxpayers will now be forced to fund the killing of unborn children in other countries.

The president made this happen by rescinding the Trump-era Mexico City policy, which prevented federal funds from going to foreign abortion programs.

Thanks to Trump, the Mexico City policy’s parameters were extended to domestic entities as well according to CNN, although Biden’s move reverses that as well, ensuring more abortions will be funded by American taxpayers in the United States as well.

Of course, Biden also took the country one step closer towards the open-border machinations of the left as well.

First, the newly elected administration moved to put a 100-day pause on all deportations, although that pause has been put to a stop thanks to a lawsuit from the state of Texas.

In addition to that, Biden has proposed sweeping immigration reforms, including most infamously a plan to legalize an estimated 11 million illegal immigrants currently living in the United States.

These moves on immigration shouldn’t come as a surprise.

After all, if Democrats don’t get a flood of illegal immigrants into this country and registered to vote, how else are they going to turn America into their perfect little socialist utopia?