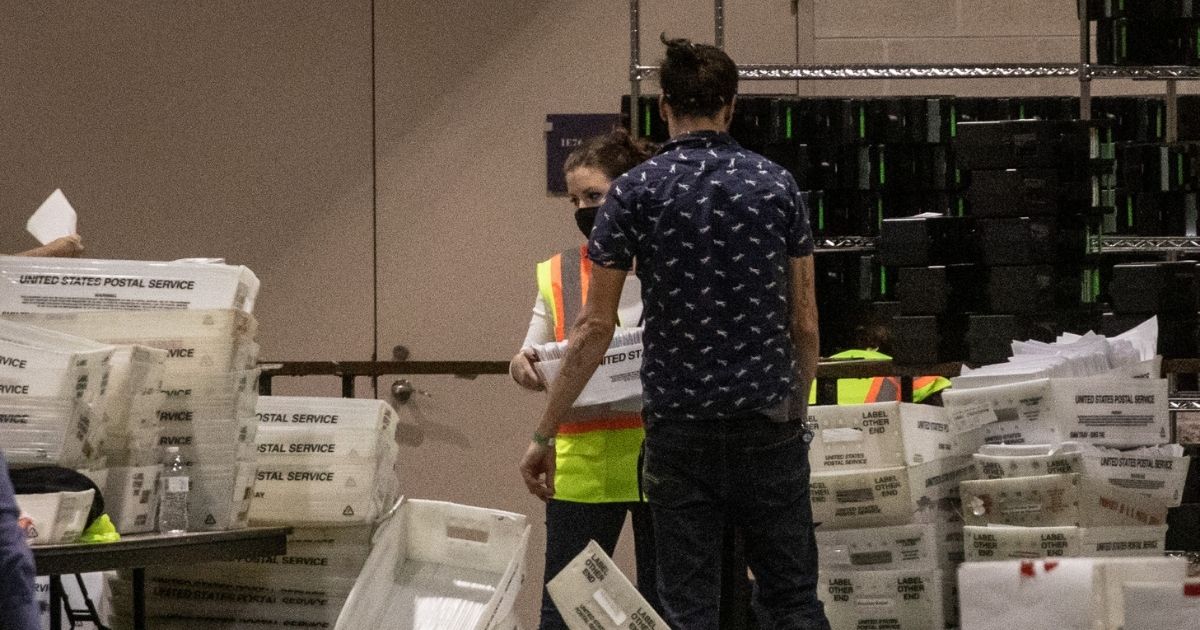 Ballots received at Pennsylvania elections officers after the polls closed on Election Day must not be mingled with those cast before 8 p.m. Tuesday, according to a temporary order issued Friday by U.S. Supreme Court Justice Samuel Alito.

Alito responded to a Republican request that the ballots be put in secure, sealed container, according to Fox News.

Alito handled the request because he is the justice responsible for emergency appeals from Pennsylvania.

Alito acted after the Pennsylvania Republican Party said it was unable to get 25 county boards of election to confirm that they were segregating ballots as ordered by the state, according to Fox.

“Neither the [Pennsylvania Republican Party] nor the Secretary has been able to verify that all boards are complying with the Secretary’s guidance, which, it is alleged, is not legally binding on them,” he wrote, according to The Hill.

Alito order: “… neither the applicant (PA GOP) nor the Secretary has been able to verify that all boards are complying with the Secretary’s guidance, which, it is alleged, is not legally binding on them.”

According to Reuters, the Trump campaign has sought to become an official part of the Pennsylvania Republican Party’s lawsuit, but no ruling had been issued on that yet. Still, the Alito decision was a win for Trump and his supporters.

Some conservative voices praised Alito for his stand.

There are some good men left. #TimeToFighthttps://t.co/LTSJoAKlCX

Alito did not address a separate GOP request to stop late-arriving ballots from being tallied.

Was mail-in voting a disaster?

Pennsylvania officials said Saturday that all boards are conforming with the state order.

The Pennsylvania Office of Attorney General, on behalf of Democratic Secretary of the Commonwealth Kathy Boockvar, said in the memo that Boockvar’s ruling to the counties was “unambiguous,” according to USA Today.

“There is no evidence that any county is disobeying that clear guidance to segregate these votes, and the Republican Party offers only speculation that certain unidentified counties may ignore that repeated guidance or that the Secretary will inconsistently change course,” the memo said.

The high court refused the request to fast-track the case prior to the election, but did not rule out hearing it afterward.

Boockvar has said the number of ballots in question is likely too small to impact the presidential race.

“So I think, no matter what happens, I don’t think it’s going to be a tremendous impact on this race,” she said, according to The Washington Post.

Anger in Lebanon as currency, prices spiral out of control