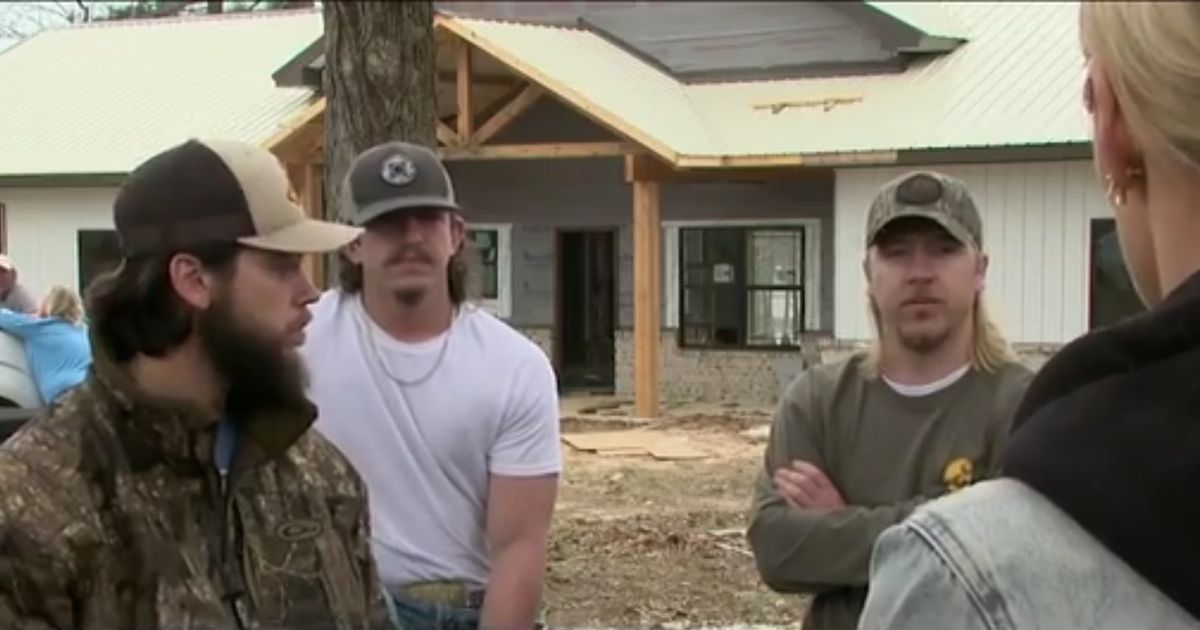 Newly installed President Joe Biden has decimated thousands of expected jobs and destroyed the lives of many Americans after flippantly canceling the Keystone XL Pipeline on his first day in office through an executive order.

Many are terrified after abruptly losing their income because they have no idea how they’re going to put food on the table for their struggling families.

That does not include the 5,000 jobs he eliminated when he cavalierly issued another executive order ending the construction of the U.S.-Mexico border wall.

Mindy Seyler, an Arkansas resident, is the wife of a laid-off worker on the Keystone XL Pipeline — a project designed to transmit oil from Canada to the United States.

She has no idea how she’s going to make ends meet now.

“Our youngest daughter is a junior in high school, and she’s supposed to be going to college too, and I don’t know how I’m going to pay for it,” Seyler told Fox News on Wednesday. “I have no idea.”

Valerie Knight and her husband were both hired as pipeline workers. She was especially excited because it was her first job going back to work after being on maternity leave.

Do you think Biden will create any new jobs this year?

Now, she doesn’t know what she’s going to do to support her family.

“My husband and I, we were both going to be able to have the opportunity to work on the Keystone,” Knight said. “That was going to be my first job back as a helper after having our little boy.”

She feels like the rug was pulled out from under her because a great job was “completely taken away by one signature.”

“My husband has spent many, many hours practicing to become a welder,” Knight added. “To be able to turn around and go into a different job trade completely, we would be starting over.”

A Keystone XL Pipeline worker from Nebraska who got laid off immediately after Biden signed his executive order told Fox News he feels hopeless because he does not believe the current administration has his back.

“It’s hard to make plans when you’ve got an administration that’s trying to crush your future,” he said.

Richard Trumka is the longtime president of the AFL-CIO, a labor union that represents 12.5 million workers across the United States.

Trumka additionally voiced his wish that Biden hadn’t been so rash and coldhearted, saying it would have been better if Biden had delivered on his repeated promises to create new jobs before killing thousands of planned jobs his first day in office.

“I wish he hadn’t done that on the first day,” Trumka told Axios.

“It did and will cost us jobs in the process. I wish he had paired that more carefully with the thing he did second by saying, ‘Here’s where we’re creating jobs.’”

“If you’re looking at a pipeline and you’re saying we’re going to put it down, now what are you going to do to create the same good-paying jobs in that area?”

The comical irony is that Biden — a career politician who has been feeding at the public trough for five decades — has aggressively marketed himself as a populist champion for the working class.

Yet the first thing he did when he attained the presidential office was kill thousands of planned middle-class jobs.

To underscore the Democrat’s twisted priorities, another thing he did immediately after taking office was to halt deportations of illegal aliens. So basically, he laid off scores of American workers and threw open our borders to illegals.

It has only been 21 days since Biden was installed as president. Imagine the damage he will do over the next four years.