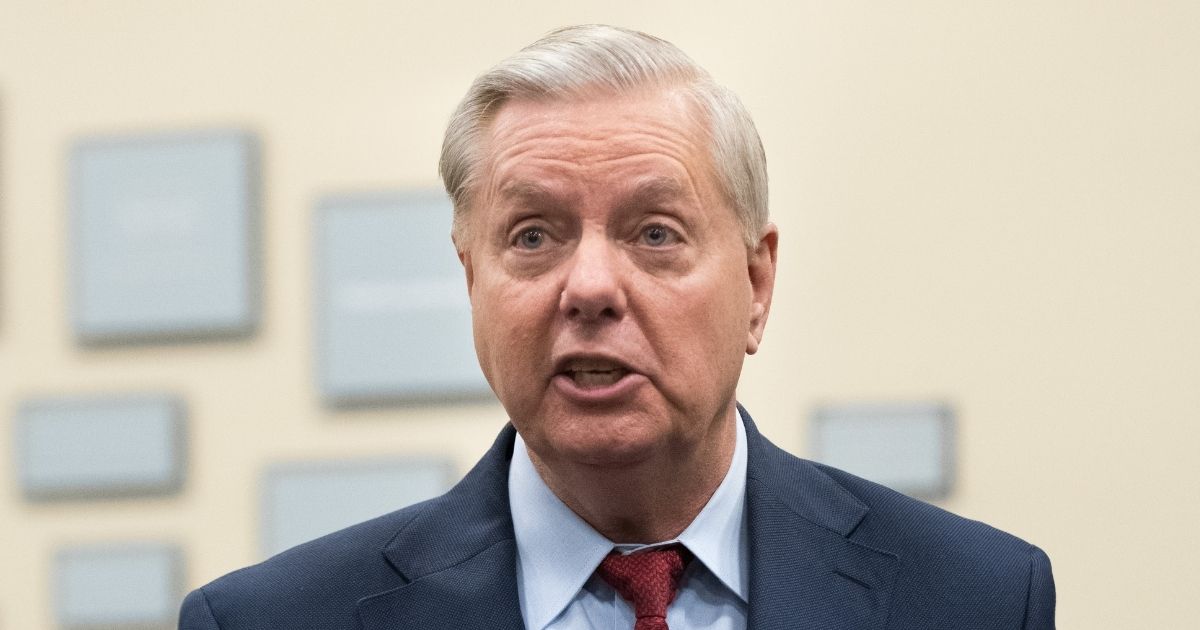 New claims of potential voter fraud have emerged from Pennsylvania, according to Republican Sen. Lindsey Graham of South Carolina.

Graham appeared Monday night on Fox News’ “Hannity” and sniped at Democrats’ willingness to allow potential voter fraud to pass without investigation if it allows them to end up with Joe Biden in the White House.

“The law is a means to an end. If it doesn’t get you to where you want to go, you just ignore it,” Graham said, repeating what he termed as the Democratic philosophy.

“How many times do we have to see that when it comes to liberals and the Democratic machine, they want an outcome the law be damned.”

Graham said that there are new claims emerging from Pennsylvania that require a thorough investigation.

“You can’t ballot harvest in Pennsylvania,” Graham said. “What are the odds that 25,000 people in different locations of the same age group requested at the same time a ballot? Somebody is up to no good in these nursing homes.”

Graham said that justice demands all allegations be investigated, whether Democrats like the process or not.

Was there an attempt to manipulate the election?

“We don’t need their permission to look into these allegations. We owe it to those who voted for President Trump and the country at large to test this system. If we don’t deal with voting by mail in 2020, we will never win the White House again,” he said.

Graham said mass mail-in voting represents the biggest difference between the 2016 and 2020 elections, and Republicans need to bring order to the chaos that has been revealed.

“It is the wild, wild West at post offices and there are no rules and if we don’t come up with some rules pretty soon, we’re going to get killed in perpetuity in presidential campaigns,” he said.

Graham said with two runoff races coming up in January that could determine control of the Senate, getting to the bottom of any and every allegation of election misconduct is critical.

“Why do we want to run down every lead and count every vote? We’ve got two elections in Georgia that will decide the fate of the nation,” he said.

Incumbent GOP Sens. David Perdue and Kelly Loeffler of Georgia will each face a January runoff. With the Senate projected to be 50-48 Republican after all the Election Day votes are counted, those races will determine if the GOP keeps its majority, or if the Senate is split 50-50, giving the tie-breaking vote to the vice president.

“What I’m going to tell Mitch McConnell today when we get back, if we keep the Senate, we need to do a joint committee in the Senate to analyze mail-in balloting and how it worked in 2020,” Graham said Monday to Fox News Radio’s Brian Kilmeade.

“If we do everything reasonably possible, like actually count the votes, look at challenge ballots to see if they should be counted or not, file lawsuits about suspicious activity, and he falls short, we’ll cross that bridge, but the country [has] always come out on the right side of transferring the power, where it was transferred peacefully. It will happen here,” he said.

Eric Trump: They Weaponized the Legal System – I Got Hundreds of Subpoenas

Eric Trump: They Weaponized the Legal System – I Got Hundreds...