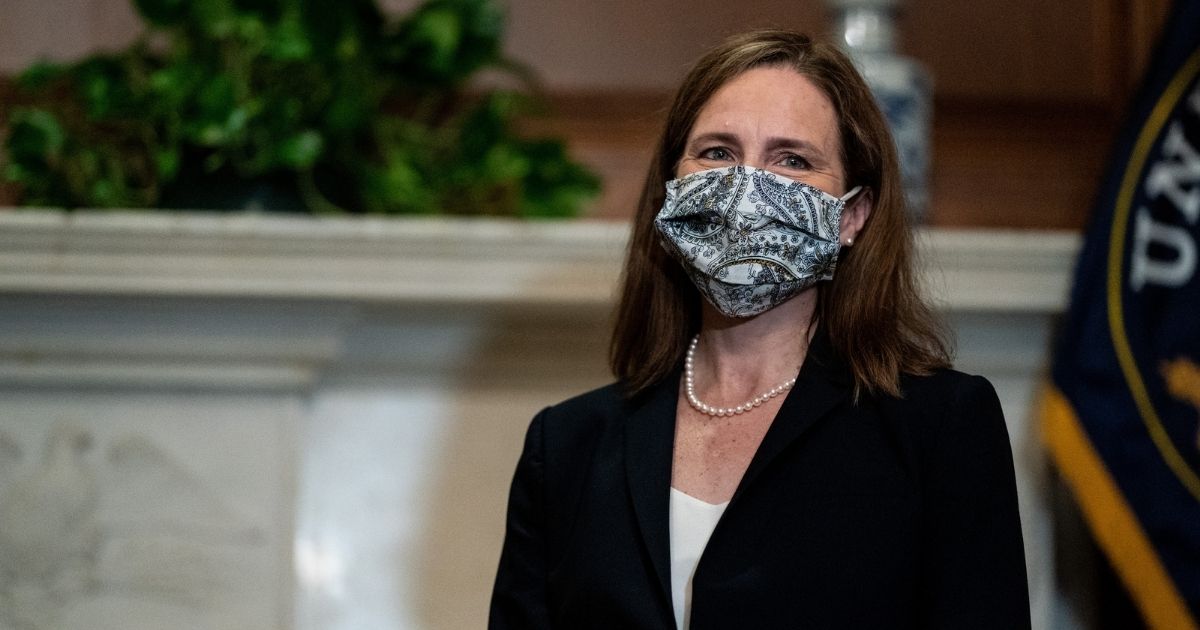 The attack on religious freedom in the name of coronavirus control is appalling, but there’s hope since President Donald Trump’s new U.S. Supreme Court appointee may get her say.

The Roman Catholic Diocese of Brooklyn has petitioned the U.S. Supreme Court for emergency relief in response to the onerous and unfair COVID-19 restrictions Democratic New York Gov. Andrew Cuomo has yet again imposed on churches, Fox News reported.

The U.S. Supreme Court previously struck down a case objecting to in-person restrictions on worship services in a 5-4 decision last May, CNN reported.

The Democratic governor’s Oct. 6 executive order color coded geographic areas based on infection rate and stipulated that houses of worship would only be open to 10 people in the red zone, 25 in the orange, and 50 percent capacity in the yellow zone.

Meanwhile, businesses had no such restrictions –precisely the unfair application of the rules that provoked the latest court filing.

“While this Executive Order effectively closes churches and other houses of worship, all businesses deemed ‘essential’ by the Governor — including everything from supermarkets to pet stores, huge hardware stores to brokers’ offices — are permitted to remain open without any capacity limitations whatsoever, even in the most restrictive ‘red’ zones,” the document stated.

“In ‘orange’ zones, even the vast majority of nonessential businesses, including department stores, can remain open without limitation — yet churches cannot,” the filing said.

Do you think Barrett will help tip the decision in favor of religious liberty for New York Catholics?

The diocese further asserted in its filing that “thousands of the Diocese’s parishioners in Brooklyn and Queens will continue to be deprived of their core Free Exercise rights on a daily basis until the matter is resolved in the lower courts — even though it is undisputed that the Diocese has complied with all prior health regulations and operated safely without any COVID-19 spread since being permitted to reopen several months ago.”

This latest tension surrounding restrictions follows an uptick in cases in New York City, although even by Cuomo’s own chart he tweeted Friday, is barely an anthill compared to the huge statistical mountain he immortalized in his now-infamous poster bragging about his COVID-19 response.

Today’s update on the numbers:

Total hospitalizations are at 1,737.

While every death and illness is a tragedy, those figures represent a fraction of people living in the state with a population of 19.5 million, according to U.S. Census data, and hardly justify prohibiting religious people to freely worship.

New York seems to have it out for houses of worship already, especially in New York City where Cuomo and Democratic Mayor Bill de Blasio seem to do nothing but hassle Jews about so-called virus “clusters” while allowing protestors to flood the streets unimpeded.

The issues entangled in the entirety of the COVID-19 lockdowns may not be easy to sort out, but religious liberty cases should be a slam dunk, especially with Barrett now on the bench.

After all, freedom of assembly and religion are both codified in the First Amendment of the U.S. Constitution, and churches are nothing if not religious assemblies.

Despite being sold a bill of goods about lockdowns to “flatten the curve,” these restrictions have dragged on for nearly three quarters of a year.

The faithful religious believe that worship is the essential service, especially in times of uncertainty and crisis, yet politicians dismiss that very real need and fundamental right.

Cuomo and his ilk may not understand what it’s like for devout Catholics who believe they are being deprived of the Body and Blood of Jesus Christ in the Eucharist at Mass during a pandemic when they need it most, but Barrett sure does.

Of course, her decision will not be based on her faith in Jesus or sympathy for being deprived of the Real Presence, but rather on the freedoms guaranteed in the U.S. Constitution — exactly as she’s sworn to do.