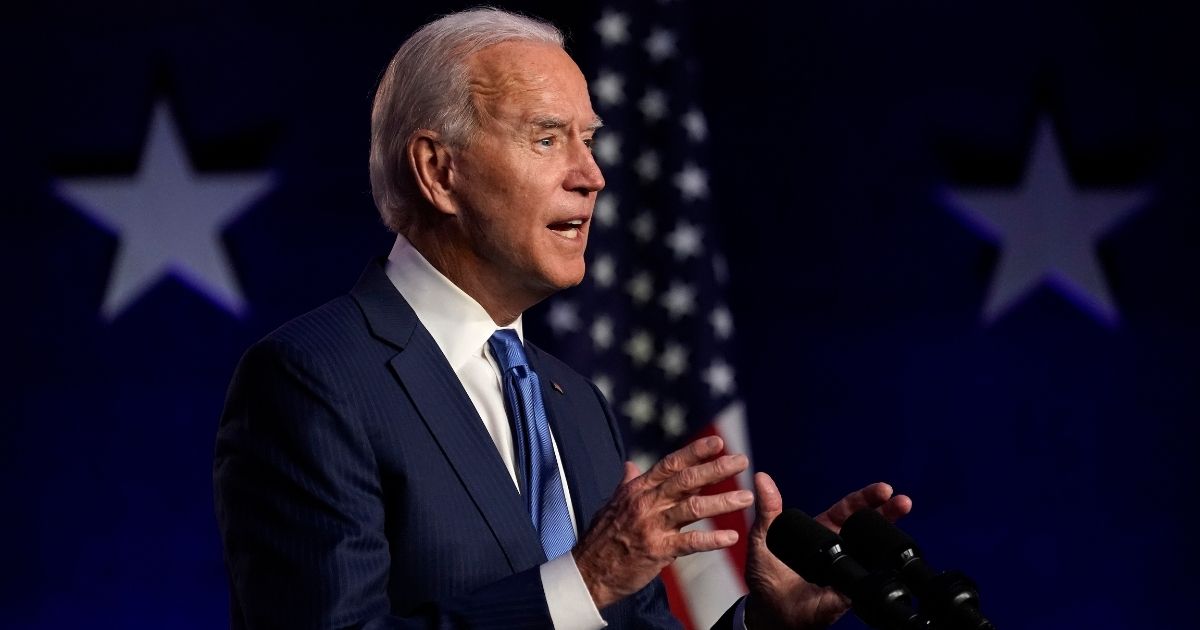 Despite the results of the election still being contested, with vote counting going on in multiple states, the establishment media outlets called the race for Biden on Saturday morning.

“Joe Biden elected president,” CNN reported after projecting the former vice president the winner of Pennsylvania and its 20 electoral votes.

CNN added, “Joe Biden will become the 46th president of the United States, CNN projects, after a victory in the state where he was born put him over the 270 electoral votes needed to win.”

The network claimed its projection that Pennsylvania was won by the Democrat pushed him over the electoral vote total needed to become president, giving him 273 electoral votes.

Also on Saturday morning, NBC News declared the race over and crowned Biden the victor.

NBC News also made its decision to call the race after projecting Pennsylvania for Biden.

Do you think the mainstream media has been seeking any excuse to call the race for Biden?

“Biden’s victory capped one of the longest and most tumultuous campaigns in modern history, in which he maintained an aggressive focus on Trump’s widely criticized handling of the Covid-19 pandemic,” the network reported.

ABC News CBS News and Fox News called the race after declaring Biden the winner of Pennsylvania as well.

Likewise, The Associated Press and The New York Times made the same call.

Despite those outlets’ calls, there is ongoing litigation in Pennsylvania and other states.

Officially, the presidential race will likely not be decided for some time, as President Donald Trump is expected to exercise all legal options amid allegations of voting irregularities.

The reality is that the race is still not over.

The race is only decided when the states officially certify their respective results, as George Upper, editor-in-chief of The Western Journal, noted in an editorial published on Friday.

That has not happened, and it is likely the race will continue to remain undecided as the results play out in court.

“We will be certain when the states certify their results, and at that time we will know — and will report — on the winner of the 2020 election,” Upper wrote.

“This is, in fact, an attempt to remind voters of the constitutional election process — which is the only ‘legitimate’ one in the first place.

“Any attempt to portray legacy media ‘calls’ as somehow more legitimate than state-certified results is, frankly, illegitimate on its face.”