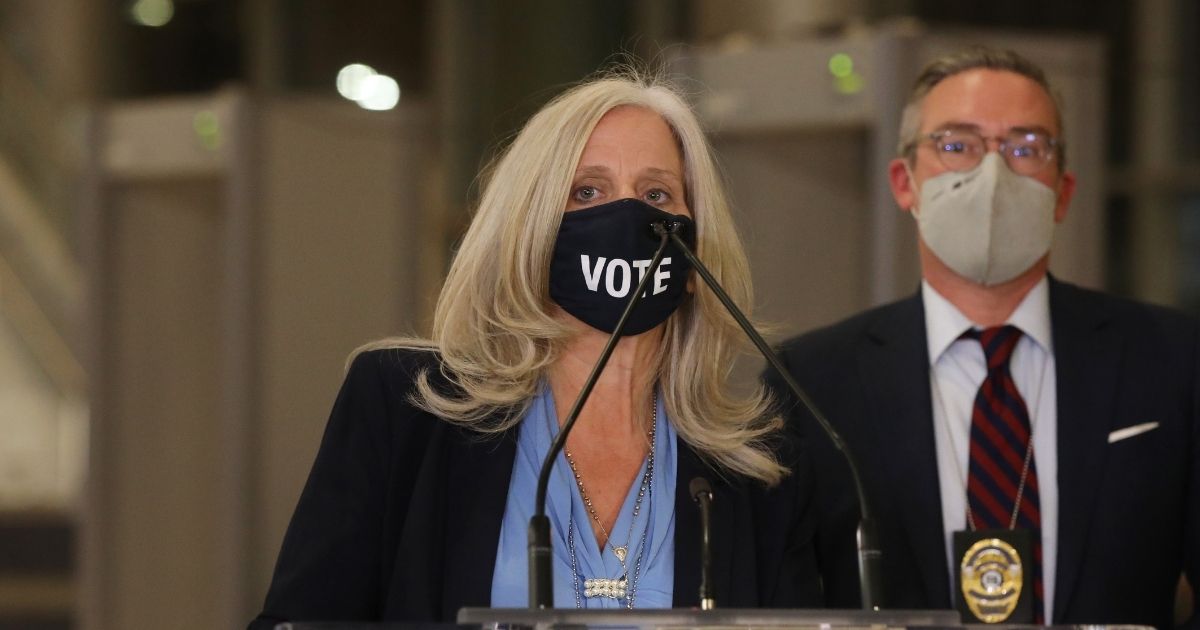 The 2020 election was a week ago, but there are still plenty of unanswered questions about ballot integrity and security across the country.

From poll watchers to the U.S. Postal Service to dead voters, there are plenty of reasons to be concerned.

And that doesn’t even cover the integrity of elected officials. To ensure free and fair elections, the people presiding over them should be upstanding, unbiased citizens.

Unfortunately, that isn’t always the case — especially, it seems, in swing states and cities.

Take Lisa Deeley. As chair of the city commissioners of Philadelphia, she leads a bipartisan board charged with overseeing the integrity of the city’s elections.

Last year, Deeley lost her notary license after 24 years for failing to check a woman’s identification before notarizing her signature, according to The Philadelphia Inquirer.

Out of 74,000 notary licenses in Pennsylvania, the State Department revokes about 20 licenses per year.

Deeley — who is a Democrat — entered into a consent agreement with the city, in which she agreed to violating notary rules, though she has also said she is simply a good person who made a mistake.

Should Deeley’s notary license revocation preclude her from running elections?

According to the consent agreement, in April 2010 and January 2011, Charles J. Costello and a woman who was supposedly his wife brought her documents to notarize. The documents were waivers that renounced the wife’s claim to death benefits afforded to her through her husband’s job.

In her defense, Deeley claimed she knew Costello personally, but had never met his wife. Nevertheless, she took Costello at his word that the woman accompanying him with the documents was his wife and therefore did not check her identification to confirm her identity.

As it turns out, the woman was an imposter.

Deeley has since claimed, despite her defense, that she did know Costello’s wife, Lynda Bowman, and that Bowman was the woman who appeared before her. Deeley further claimed she was a victim of a quarrel between Costello and Bowman.

For her part, Bowman claimed she neither knew Deeley nor signed the waivers.

This is very concerning.

A notary’s most important job is to check identification to ensure the proper person is signing a document. Deeley failed to do so and lost her notary license.

She then went on to oversee an election where voter identity, voter fraud and ballot security were serious concerns.

Of course, this isn’t to say Deeley did anything wrong during this election. But it certainly raises red flags about her integrity, as well as the integrity of the Philadelphia election.