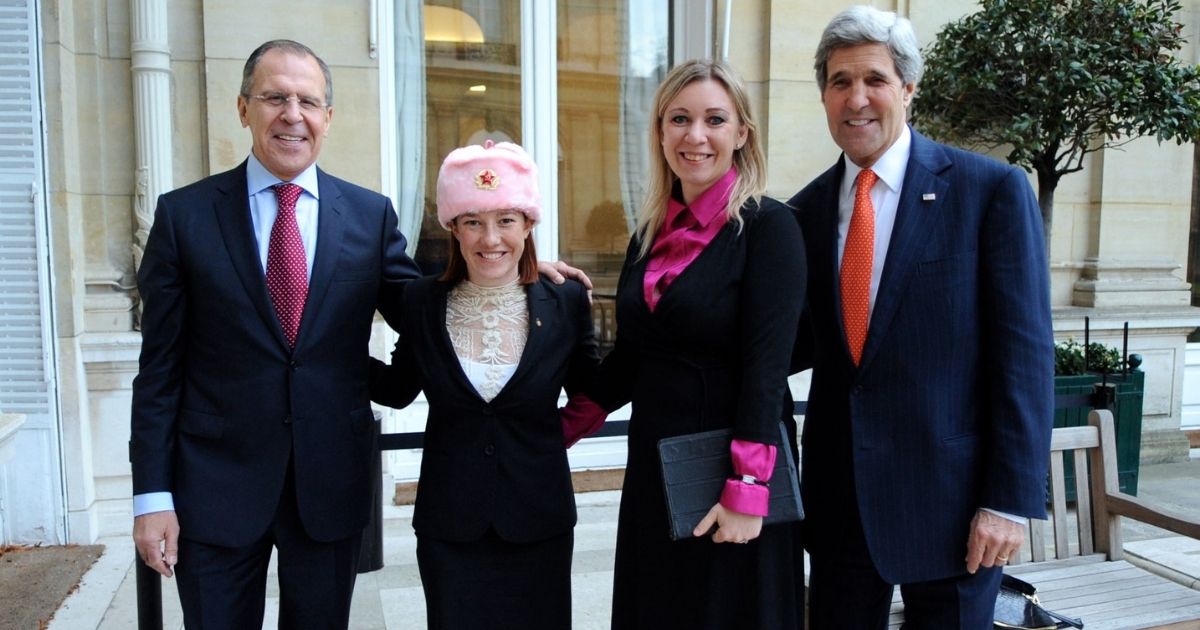 When would a fact-checker even bother trying to stall the social media momentum of a problematic picture that wasn’t photoshopped?

If your answer was a potentially incoming Biden administration official, you don’t get many points. Whatever you receive these days on the SATs simply for writing your name correctly, that’s what you get. And it shows that, despite a presumptive president-elect who’s more to the establishment media’s liking, the rigged carnival game of fact-checking is still irretrievably broken.

So for those of you who don’t keep up with these things, Obama-era functionary and CNN contributor Jen Psaki has been tapped to be the White House press secretary. Given the fact that Biden pronounces “psalmist” as “palmist,” I’m sure this should lead to some verbal hijinks in the Oval Office should that be Biden’s eventual destination. (“Just humor him, Jen,” Kamala Harris will doubtlessly whisper after the third or fourth time she tries to correct Biden.)

Psaki is a staid and unexciting pick for press secretary, especially since she’s the kind of person who could make even the most caffeinated of reporters fall fast asleep at 11 a.m. If you didn’t have some particular interest in the substance of her media briefings back when she was the Obama administration’s State Department spokeswoman, her verbal cadence made for aural Valium. That sort of bearing doesn’t lead itself to contentiousness — except it seems Psaki made a particularly poor choice of headwear during her time in the Obama administration.

Here’s Matt Wolking, a spokesman for President Donald Trump’s campaign, pointing it out this week:

In 2014, while meeting with Russian diplomats as part of her role with the State Department, Psaki donned a Russian ushanka hat with a hammer-and-sickle symbol on it. While I don’t believe that the Red Army ever issued ushankas in pink during the Soviet Union’s 1922-1991 run, the crest on the front of the hat, complete with communist hammer-and-sickle branding, is pretty period-accurate.

Psaki blamed the Russkies, saying she’d she’d “been the target of Russian propaganda” and that “the purpose is to discredit powerful messengers and to spread misinformation to confuse the public.”

“Anyone who repeats it is (unwitting or not) simply a puppet of the propaganda machine,” Psaki added.

For anyone who hasn’t been the target of Russian propaganda (cc: @McFaul @HillaryClinton) the purpose is to discredit powerful messengers and to spread misinformation to confuse the public. Anyone who repeats it is (unwitting or not) simply a puppet of the propaganda machine.

There’s an issue with this explanation, however:

The photo of you that is circulating around on the internet is featured on the U.S. State Department’s Flickr account from your time in the Obama administration: https://t.co/q3iMmHkPVi https://t.co/VCsQV8cokJ

So, either a) the Kremlin is so insidious that they can make the “powerful messengers” of the future wear hammer-and-sickle ushankas for photo ops, then get the U.S. State Department to put the photos on their official Flickr feed so they can make those photos go viral six years later, or b) this is a terrible explanation and Jen Psaki is trying to clumsily wallpaper over a blunder from six years ago.

If the answer is a), I suggest we should just welcome our new Putinian overlords, because they’ve apparently been playing 8D deep-sea Go while we’re stuck playing 3D underwater chess. I tend to think the answer is b), however.

There’s not really much room for a fact check here; almost no one was adducing motives to Psaki that weren’t there. The photo was genuine. What were they going to fact-check?

In addition to comments on social media that said “Oh the irony…after 3 years of Russia Russia Russia” and “From Russia with love” — not unreasonable or contentious remarks– the fact-checkers dredged up a post from a group called the Santa Rosa Conservatives, whose Facebook account has a whopping 768 followers. The only reason they were included, nearest I can tell, was because they posted an article with a picture of Psaki in the hat, complete with the demagogic caption, “THE ENEMY WITHIN.”

“The page offered no way for USA TODAY to contact it for comment,” author Camille Caldera claimed.

I mention this because there’s an email address in the sidebar of the Santa Rosa Conservatives’ Facebook page — so either a) that’s a recent development or b) Caldera’s effort in the matter ended as soon as she found something inflammatory enough to fit this ugly slice of confirmation bias. (I’m going with b) again.)

The sources for the other two remarks aren’t linked. Meanwhile, the only comment from a verified source is from Wolking — even though there were no shortage of blue-checkmarked conservatives with tens (if not hundreds) of thousands of followers saying more insightful things.

Caldera also noted that the sources she found for this were “sure to note the hammer and sickle are a communist symbol” — which is kind of the point. The USSR killed millions of people; wearing the symbol of worldwide communism on a ushanka, a hat fairly specific to Russia, presents profound issues Caldera doesn’t seem to grasp.

So here’s why it’s apparently missing context: “The photo in question dates to Jan. 13, 2014. At the time, Psaki was the spokesperson for the U.S. State Department, which posted the photo on Flickr.

“She was pictured with then-Secretary of State John Kerry and officials from Russia, Foreign Minister Sergei Lavrov and Foreign Ministry spokesperson Maria Zakharova. They had just completed a diplomatic meeting in Paris as part of the run-up to peace talks in Geneva related to the Syrian civil war, per Foreign Policy.”

Right, and things soured shortly thereafter when Russia invaded the Crimean Peninsula — which is proof of … something to Caldera, and thus photo doesn’t pass fact-checking muster.

“The image is real, but claims that the hat was anything more a gift or that Psaki was with Russian officials in any capacity beyond her official role are MISSING CONTEXT,” the article concluded.

If you printed Caldera’s article out, put it in the middle of a cornfield and then built a five-story scarecrow right next to it, the scarecrow would still be the second-biggest straw man in the field.

Nearest I can tell, what she’s fact-checking isn’t any raft of people falsely claiming “that the hat was anything more a gift or that Psaki was with Russian officials in any capacity beyond her official role.” She’s fact-checking the Santa Rosa Conservatives — something that I’m sure makes the trolls behind that little-trafficked clickbait-y corner of Facebook happy but doesn’t address the reason why this trended.

If she isn’t official member of what’s become known as the “blob,” to quote Ben Rhodes’ aptronym for career foreign policy types who don’t oft venture outside of Washington, New York and Geneva, she’s at least eligible for a guest pass. Which, fine — but if you’re going to go down that road, it helps if you have enough self-awareness to not don a pink ushanka with a hammer-and-sickle symbol on it. If you can’t get out of it by saying artificial fur makes you itchy, you can tell your guests it’s not a particularly good career move to be photographed wearing a cutesy piece of communist ephemera.

There were plenty of prominent conservatives on Facebook and Twitter who pointed this out and only a handful random accounts who were saying this was proof Psaki was “THE ENEMY WITHIN.” Guess what Caldera focused on?

This was a painfully bad decision which any Trump-adjacent Republican would never live down — and yet, because it’s Joe Biden, Psaki gets doesn’t just get a pass but gets a USA Today fact-checker attacking a contingent of online trolls that don’t exist — unless, of course, you’re a member of the “Santa Rosa Conservatives,” or whatever that hot mess is.

If Camille Caldera is stuck for something to fact-check, Psaki’s claim that this photo is recirculating because she’s “the target of Russian propaganda” is a more fecund subject. Don’t expect to see that fact check anytime soon, though.