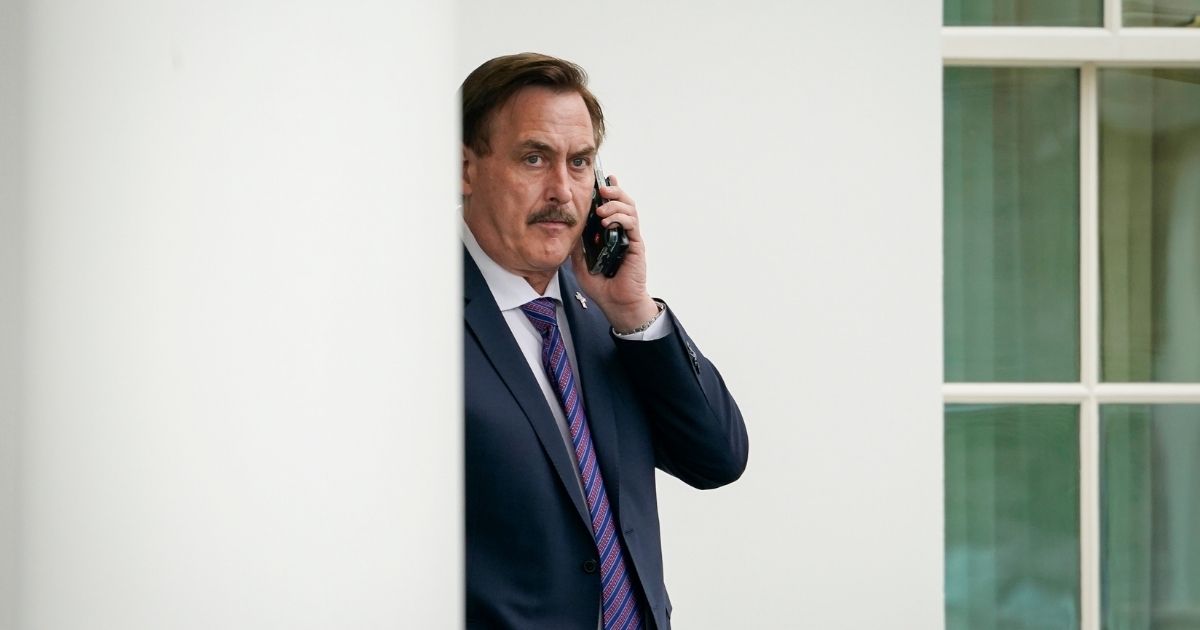 MyPillow CEO Mike Lindell saw several of his tweets locked “due to a risk of violence” after he posted documents about alleged voter fraud.

Lindell posted “pages of the machine voter fraud evidence” on Twitter, saying that “the media including Twitter has tried to bury it.”

Here are the pages of the machine voter fraud evidence that came out last week and the media including Twitter has tried to bury it! This is an attack on our country! pic.twitter.com/FhpNgNSda7

“This claim of election fraud is disputed, and this Tweet can’t be replied to, Retweeted, or liked due to a risk of violence,” the label reads.

Lindell tweeted documents in two other posts that were subsequently labeled and locked.

“Here is one page of hundreds that prove President Trump got around 79m votes to 68m votes for Biden! Everyone wants the truth!” he tweeted.

Here is one page of hundreds that prove President Trump got around 79m votes to 68m votes for Biden! Everyone should want the truth ! pic.twitter.com/op4GInB0G5

Lindell told the Washington Examiner that he had discussed his allegations of election fraud with President Donald Trump on Friday before he shared the details with three additional people.

“Here’s the deal: More than 80 million people believe the election was the result of a fraud,” Lindell said.

The lawyers told him they had looked into the claims, and Lindell described the officials as “very dismissive.”

“They have their own agenda,” he said.

Lindell had also shared a video on Facebook Friday that said Trump will be president for four more years. That video was quickly labeled by Facebook.

RELATED: New NASA Study Finds There May Be Far Fewer Galaxies Than We Thought

Twitter’s censorship of Lindell’s tweets comes a week after Trump was kicked off the platform.

Twitter permanently suspended Trump from the platform on Jan. 8, citing a “risk of further incitement of violence” in a blog post.

Do you think more conservatives will be kicked off Twitter?

The announcement came after hundreds of employees demanded this week in a letter to Twitter CEO Jack Dorsey that Trump’s account be permanently suspended following the riots at the U.S. Capitol in Washington, D.C., on Wednesday, The Washington Post reported.

Readers concerned about continued access to truth-based journalism and commentary in this era of Big Tech censorship — and who isn’t? — are encouraged not only to sign up for The Western Journal’s email newsletters here, but also to support The Western Journal by becoming a subscriber here. We also strongly recommend downloading the Superfeed app here. And finally, The Western Journal can be found, at least for now, on Gab and MeWe.